In the last few days some “information” about the so called “fatigue” system in the upcoming MMORPG Final Fantasy XIV by Square Enix (you can also read my in-depth hands on article), stirred a real uproar across the internet.

A few misleading articles by the otaku site Sankaku Complex (careful, the link is definitely NSFW), full of mistranslations and omissions that seemed quite intentional, given the past hate-filled articles by the site on anything pertaining Square Enix. These misconceptions spread like wildfire and gave the general audience a quite warped vision of the system and the game. Unfortunately even more sanctioned websites decided to approach the matter in a sensationalistic way, also omitting some crucial information.

The general idea that was spread is that the game strongly limits your playtime to eight hours per class played, while some websites like Sankaku Complex tried to pass the idea in their misleading headlines that the limit was eight hours period.

How does this apparent draconian system really work? In a quite more complex way than many have been led to believe. I’m going to analyze it thanks to the latest message by the game’s director Nobuaki Komoto corroborated by my personal experience in the beta testing.

First of all the system isn’t tied with your playtime. It’s not a matter how many hours you play, but a matter of how much experience you earn. If you’re standing around or exploring, the system doesn’t affect you and it works only when you’re earning experience for any class/weapon skill. 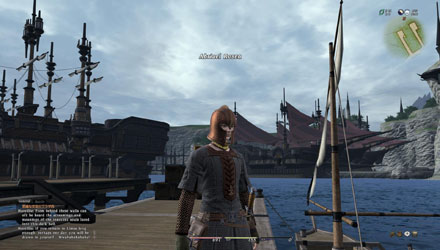 I don't feel fatigued at all...

As you level up the system counts how much experience you’ve been earning from the beginning of the week, and after you have passed eight stages (that the official message defined “thresholds”) your  experience gain for each action will start to lower gradually: 90%, 80% and so forth, until it reaches zero in seven more stages, or thresholds. After a week (real time) the system resets and you start earning experience again at the normal rate. This is pretty much what most sites out there concentrated on.

This alone means that the time in which you’ll earn full experience is most definitely not just a few hours, as you’re allowed to level up as many classes as you want between the eighteen implemented at launch. I would strongly discourage trying to skill up a single class all the way to the cap, because you’d have a effect similar to playing without a properly leveled sub-job in Final Fantasy XI: Your character would be much weaker than those of your peers, and the community would easily end up labeling you as “lazy” and shunning you. One of the best features of Final Fantasy XIV, after all, is mixing and matching abilities from different classes in order to create your own unique character (as explained in my hands on article). 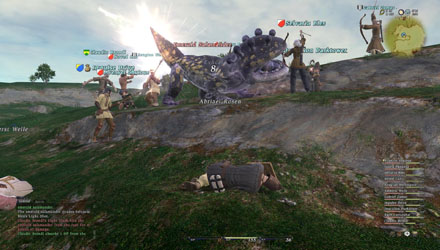 This is not all. A detail that was overlooked by many sites out there is actually a quite crucial one, that makes the system work much better than it sounded so far; as you change class/weapon and stop leveling up a class that reached a certain threshold, the fatigue of that class will start recharging, making you climb back through the thresholds until you go back to 100% earned experience. This means that you will not need to wait for the week to pass and the system to reset. By juggling between two or more classes, it’s entirely possible to not to experience the fatigue system at all (I can assess this with first-person experience, despite the fact that I played a whole lot, I’m not exactly a casual gamer), even if you’re playing for several hours a day.

There are, moreover, a few details that many overlooked. The fatigue system has been present through the whole beta testing, but it become apparent only in the third and latest stage. Why is that? At the beginning of the third stage the leveling curve was changed quite a bit, and the experience received became much higher than intended. While that was partially addressed in the following beta, whoever played during those days were put much higher on the fatigue scale than intended.

Also, as Komoto clearly stated, the system isn’t set in stone, and will be balanced carefully during the next few weeks, with the promise of reaching the “fatigue point” much more slowly. In addition to that, the experience lost due to the system (named “surplus” experience) will not be completely lost, but will be saved. The development team is working on devising ways to use that surplus experience for different purposes, making progression meaningful even when past the fatigue threshold. 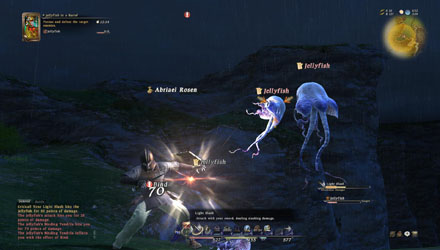 In my opinion, the fatigue system isn’t a problem per-se, but it’s balancing in the third phase of the beta was (intentionally or not) quite a lot off the scale, and that’s what caused it to become excessively apparent and annoying to quite a few players.

The biggest problem is that there is the possibility for some players to eventually reach zero growth in a class, feeling forced to change to another class. Personally, I feel that if  fatigue reduced the experience gained, but didn’t completely reduce it to zero (say, reducing skilling up to 50%, or even 30% after all the fifteen have been passed, without dropping further), most people would feel much better about it. It’s definitely much better, as opposed to not having a choice between a changing class to level up at a full rate, or to continue with the current one with diminished returns.

Many beta testers are offering this kind of feedback, and hopefully the developers will consider it. After all the game is still in beta, and the fatigue system is nothing more than numbers and percentages that can be rebalanced relatively easily and quickly if needed.

I’ll definitely stand by and report on the evolution of this and other systems in open beta, so stay tuned for further details in the next few weeks.