Have we reached video-game saturation?

These days, we are absolutely swamped in video games, both in quantity and quality. This coming year has an enormous heap of AAA titles that all threaten to invade your living rooms and bedrooms: Killzone 3, Portal 2, The Legend of Zelda: Skyward Sword, Diablo 3, Batman: Arkham City, Mass Effect 3, Elder Scrolls V: Skyrim, Uncharted 3: Drake’s Deception… the list goes on and on. Hell, I don’t want to jinx it but it even looks like we’re actually finally getting Duke Nukem: Forever. I don’t know what we’ve done to appease the Gaming Gods, but they seem to be feeling pretty damn generous at the moment.

To be honest, I’d say we’ve never had it so good. It seems ungrateful to complain about having plenty, but is it possible that you can have too much of a good thing when it comes to video-games?

We arguably didn’t have such a choice a decade, or particularly up to two decades ago when gaming was still relatively in its infancy. It was fairly thin on the ground up until the era of the Playstation, which really gave the industry a nice boost, even if it inspired a long period of every single gaming console since its release being called a ‘Playstation’ by grannies and other clueless outsiders, regardless of manufacturer. It had a wealth of titles on offer, even if many were of questionable quality. The N64 wasn’t having it quite so lucky however, as you really had to be patient with the console’s high cartridge prices and sparse release dates (although your patience was rewarded with a few nuggets of real gaming gold, like Goldeneye, Mario 64 and Ocarina of Time). 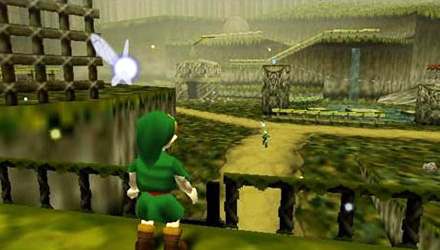 Gems like this were few and far between, but worth waiting for.

Since then, the industry has slowly accelerated further, with the Playstation’s successor bringing about some extra mainstream attention, and Microsoft’s first foray into the console world, the Xbox, really popularising the exciting new world of online gaming. Fast forward to now, and it’s amazing how much video-gaming has evolved. The Nintendo DS and the Wii with their casual slant have finally reeled those clueless grannies and mums into the fold along with the rest of us, and behemoths like Call of Duty have shown that it’s possible to make millions, or even over a billion dollars, in revenue from the sale of games. As a result, gaming is now the top-selling form of entertainment in the entire world, something that may bring a happy tear to the eye of those who have been a part of it since the early days.

As a result of this popularity, there are a wealth of kick-ass games available that appeal to any taste imaginable (and I mean any taste, no matter how ridiculous or disturbing). It’s also amazing how games have integrated into everything, with surprisingly competent and popular titles on mobile phones even, such as Angry Birds, which has been downloaded millions of times. Another shockingly prevalent trend is the domination of Facebook games like Farmvillle. Oh well, no accounting for taste, eh?

Even indie developers have gained steam thanks to the popularity of platforms like… well, Steam, and the Xbox Live Marketplace, giving us surprise hits like Braid, and overall the market is absolutely flourishing all round. There’s gotta be some downsides though, right? 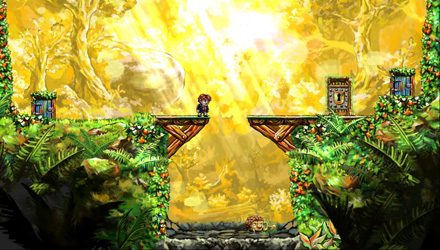 Braid really showed what an indie title could do, even if it did sound more like a hairstyle than a video-game.

Padlock your wallets and throw away the key
The first and perhaps most obvious issue is that of money. For many of us it unfortunately doesn’t grow on trees, and if you’re lacking in willpower then release lists such as the upcoming one for 2011 threaten to send you into complete bankruptcy. Console titles generally set you back between £40-45 at release, and that’s if you aren’t lured into buying the shiny ultimate-special-limited-kickass-edition with branded drinks coasters, novelty condoms and ‘bonus’ downloadable content, that would have come free with the normal edition of the game in simpler times.

Because of this, most gamers will have to budget and carefully plan which titles they want the most, and pass up/wait for a price drop on/steal the rest. With such a fantastic range of games, there’s a good chance you won’t be able to afford all of the ones you’re interested in, and may miss some titles that you could have potentially really enjoyed.

Gaming doesn’t have to be expensive though, especially not in these times. Many releases drop in price at an alarming rate, often thanks to the competitiveness of online retailing. If you really look around, as little as a week after release many £40 videogames can be found for £24.99 or even £17.99. This magic price point lets some clever sellers in certain locations evade VAT. There’s also a huge pre-owned market of private sellers on eBay, or retail stores, with the most unlikeliest of places joining the trend recently such as ASDA and Argos, hopefully saving you a few quid and allowing you to trade in your old titles to potentially get new ones for free.

For the really stingy or hard-up gamer, there’s even a decent selection of free downloadable games, particularly MMOs like The Lord of The Rings Online, a solid title that has recently gone Free-To-Play. These games make money on micro transactions for in-game items, but these are usually optional and can often be avoided entirely without diluting the experience too much. So, gaming can definitely be done on a budget, and there are ways to obtain a load of decent titles for less. Problem solved then? Not entirely; in fact this inexpensiveness creates new problems of its own… 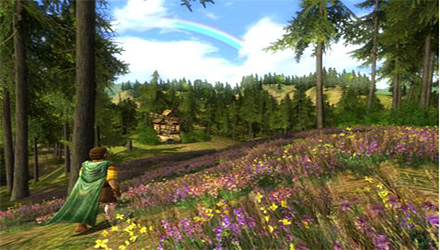 Drowning in video-games
This issue definitely applies to me, and is a biggie, perhaps the main predicament in my opinion. I just can’t keep up with all the new releases and quite often am lagging behind by six months to a year. Sure, I’ll get a few games on the day they come out, but I’m usually catching up on all the others I’ve missed, and desperately trying to complete the ones I’ve already got. Waiting to buy games means they drop enormously in price, and that means I can buy even more of them. You can see where this is going…

There just aren’t enough hours in the day, and there are far too many tempting-looking games to buy. Of course, (some poor souls not included), life takes precedence and keeps us too busy to be spending all day, every day, playing games. As a result, I have an embarrassing collection of titles on my shelf that I am yet to complete, and I plan to “finish off someday”. This of course never works out, because once left unfinished, some games can be hard to get back into and so are destined to gather dust, or be traded in without ever seeing the end, or often, even getting halfway through.

When I was younger and my collection of games was more sparse, I’d actually have the time to thoroughly indulge in every one; just messing around for hours riding across Hyrule in Legend of Zelda on horseback, playing around with cheat codes just to see their effects, and partaking in an endless cycle of creating Sims, building their houses and burning them to the ground in a cruel, yet oddly hilarious manner. I even had the luxury of completing many games more than once, something I have not done for a very long time, because I’ve always got something else on the go that I could be trying to finish for the first time instead.

It isn’t just the ho-hum titles in my collection that are getting ignored either; some of the critically acclaimed examples crying out for attention include GTA IV, Dead Space, Bioshock and Dragon Age. All of these I’ve had on my shelf for a long time now, and may have had a fair few hours sunk into them in some cases, but something else would come along part way through, and so the end credits still elude me. The range of games out there means that some top quality titles really don’t always get the commitment they deserve. 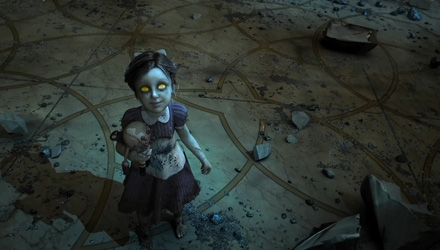 Mister, please come and play with us... it's been years...

I guess some people are never happy…
So there you have it, you can truly have too much of a good thing. The over-abundance of video-games on the market today means that if you’re not careful you’ll be poor before you know it, but on the other hand if you’re savvy you could end up with so many that a trip down to IKEA will be required to buy some bigger shelves, or down to the real estate agent’s to buy a bigger house. Another issue is that instead of approaching each game as a main course, it’s all too easy to see them as an enormous buffet, and have a ‘nibble’ of each here and there, never actually finishing any.

Anyone disagree with me, and think there’s actually plenty of time to finish all of the games you’re interested in, or that there is in fact bugger all decent around nowadays anyway? Please let me know in the comments below.