Should I be reviewing this game?

During my 50+ hours with the game I repeatedly asked myself “Should I be reviewing this game?” Why was I asking that? Because I’m not a fan? Because I wasn’t sold before picking it up? Did that make me more or less ‘qualified’ to develop an opinion? What are all these questions doing in my head when I should be focused on killing this horde of rats? Ultimately the big question was;

Should I be reviewing this game?The fact is that people who write about and subsequently review games must love games. You’re unlikely to find someone who’s truly impartial writing for a gaming website. You’ll be reading the writings (or watching the recordings) of someone who’s ‘well into games’. There’s no way to avoid this as writing about something requires that you’re passionate about that something.

That’s no bad thing. I can’t imagine reading a book review by someone who could say that the last thing they read was The Hungry Caterpillar when they were in primary school. It’d be boring and lack any sort of excitement or understanding of the medium.

But what we do seem to have is reviewers who ‘specialise’ in certain genres. Heck, it’s safe to say that when a JRPG comes into TIMJ towers Andy’s the person for that, anything resembling a sport title would likely be dealt with by Phil and all things created by Naughty Dog need to go to Bryony.

That’s just the way these things typically work. Someone will have played a lot of ‘that type’ of game before, so would be chosen to review it. Someone would have been keeping up with the pre-release materials and so would likely be in a ‘better’ position to review the game when it’s finally out.

So odds are that whoever’s writing the reviews you’re reading aren’t totally removed from the game they’re looking at. They’re likely fans of the series, have a history with the genre or they may have even previewed an early build.

This is something that happens all the time. A quick look at some Dark Souls II reviews makes this clear. This isn’t to say the reviews are bad or wrong. My point is that most Dark Souls II reviewers come into the game with an experience of the series. 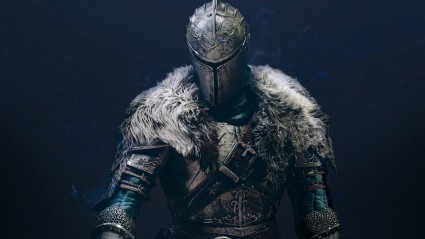 Matt Parker, I’m coming to get you…

Eurogamer – “Dark Souls was a masterpiece”.

Edge – “Dark Souls II is, like its predecessors, brilliant, beautiful, and absolutely essential.”

Destructoid – “My experience with the Souls series is one of my favorite memories of my entire gaming career.”

Looking at these quotes, it’s clear to see that this history means that these reviewers will forgive, understand or simply ignore things that newcomers simply wouldn’t. Their expectations are different.

“For instance, one massive (required) area that splits off into multiple zones can only be accessed by talking repeatedly to one NPC who seemingly has nothing to do with the story.”

This is a quote from the Destructoid review (9/10). Want to know what follows on from that seemingly damning sentence?

“Is it obtuse? Sure — but this is the Souls franchise we’re talking about.”

Is someone that’s never played a Souls game meant to know what that means? Does the fact that ‘this is the Souls franchise’ mean we should ignore this fault? Wait, do they even call it a fault?

Another example of how forgiving people can be when they have prior knowledge – what follows is a quote taken from the Kotaku review, where they go on to tell you that ‘yes, you should buy this game’.

Like I mentioned before, this isn’t a criticism of these reviews. The reviews are well detailed and ultimately do a good job of explaining their thoughts on the game. Exactly what you want from a review. It just seems that some of their thoughts and opinions are influenced by their previous experiences. Again, not a negative, but who else would write off a game being ‘obtuse’ and ‘illogical’ other than someone who’s of the game’s previous titles?

You can’t really ask for anything else from large, professional gaming websites though. It’s also clearly what people expect from their reviewers. Perhaps it’s this expectation of having reviewers who ‘know what they’re getting into’ that made me ask this question in the first place. Perhaps I just felt insecure about reviewing a game that I had no knowledge of or interest in. Perhaps I shouldn’t write my relatively negative review as it’d just get dismissed as attention grabbing ‘click-bait’.

Nuts to that though.

The more I think about it, the more I’m convinced that my review has as much right to exist as any other Souls fan’s review. My opinion, as someone who doesn’t know the series, is just as valid and probably more relatable to than most.

Some may say that having someone talk about a game they’re not a fan of isn’t ‘professional’. That’s arguable, as asking someone to review a game they’re bound to love hardly seems like the ‘best’ way to get an unbiased opinion either. That’s if an ‘unbiased’ review can even exist. We’re only human after all. We all have our own likes and dislikes.

That can be an issue as we live in a world where the people who are writing these reviews are under more scrutiny than ever. Be it the feeling that they’re all ‘paid off’ or ‘bribed’ or that because of their personal views they shouldn’t be reviewing a particular game. It’s now commonplace for games criticism to come under criticism. There’s even a site that reviews reviewers for crying out loud!

The bottom line is that a review should be about how a person got on with a game, no matter who that person is. Did they enjoy it or not? To say that one review is better than another because of the person’s history with the game is missing the point. Reviews are about opinions, opinions will vary from reviewer to reviewer and writers will vary in their experiences.

Most of the time, people use reviews to validate their own thoughts and to assure themselves that the £40 they just spent was justified. People will ignore reviews they don’t agree with, citing them as ‘wrong’ and keep going until they find one they agree with, calling that review ‘right’.

When it comes to game reviews there is well written and poorly written. There is boring and there is entertaining. There’s certainly no right and wrong. So next time you read a review from someone with a slightly different perspective or gaming history, don’t dismiss their work as ‘click-bait’. Perhaps it’s an example of this magical thing known as ‘a different point of view’.