Nintendo’s Wii U is now firmly on the horizon. Details of the games that might be available at launch are beginning to find their way on to the interwebs, which means that the “next generation” is very nearly here. There isn’t more than a week that goes by without some “leak from Microsoft” regarding their next offering, and the general consensus is that full details will be announced officially sooner rather than later. Sony, never wanting to be left behind, also look to be almost ready to announce details of a Playstation 4.

So with all that in mind, I decided what better time to look back and see just how far this generation has brought us.

The most obvious standout from the current generation of consoles, and the one thing that most likely will be remembered when we look back in years to come is the introduction of motion control gaming. Many cynics labelled it as nothing more than a gimmick in the early days of the Nintendo Wii’s life, but we have seen both Sony and Microsoft adopt their own form of motion control with Move and Kinect respectively, due to its overwhelming success.

Kinect in particular has raised the bar on motion control, by adding full body movement and voice activation to the idea of pointing a controller at a sensor. Over the last two years it’s become something of a focal point at E3, with the majority of new XBOX 360 releases supporting the device in some way, shape or form. 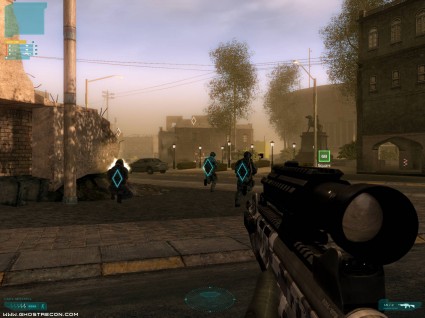 GRAW 2 was brilliant on release...

This generation has also seen the development of the console ideal. Back when the XBox 360 launched, Microsoft made some bold statements about their vision for the system as a multimedia centre that would be at the centre of every living room. Seven years on we see that this has, pretty much, been achieved.

Gone are the days of a gaming only device. Now our consoles can be used as a web browser, a music or video player or a photo viewer. With downloadable add-ins the 360 can connect you directly to social media or even act as a Sky decoder. On top of the above the PS3 also has the ability to upgrade your home set-up with its Blu-Ray player, one of the focal points of the pre-launch marketing.

The social aspect of our gaming is the other big legacy of the current gen, with games linking into our social media accounts, giving us websites to tinker with our characters at work or on our mobile phones. We now have an online experience that those of us that are old enough to remember the PS2 launch could be forgiven for thinking would just never happen. 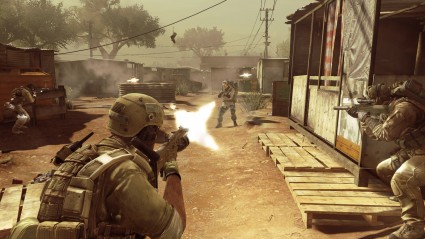 ...but compared to GRFS?

With all that aside though, a games console can only really be measured on the games it has, and this generation has arguably seen the biggest upgrade of any that have gone before or may come after. This may be, in part, due to the length of time this generation has been going for, as much as any updates to the hardware or work of developers. Whatever the reason, the difference between the early releases and those hitting our shelves now could not be clearer.

Having recently purchased Ghost Recon Future Soldier, I took a look back at Ghost Recon Advanced Warfighter 2, hailed as a masterpiece on its release back in 2007. In all honesty, name aside, the games could not be more different. Both graphically and in terms of the depth of its gameplay and its world, GRFS has moved on so far it’s difficult to believe they are on the same console.

Likewise, look at the big sporting franchises this year and compare them to those that initially launched this generation. They are worlds apart. PES has introduced the ability to freely control a second player, something I wouldn’t have even dreamed of this generation, and FIFA allows a full eleven-a-side game of football, on a console, with no connection issues. If anyone had said that would happen on the XBOX 360 when it launched in 2005 with the RTWC game they’d have been committed! 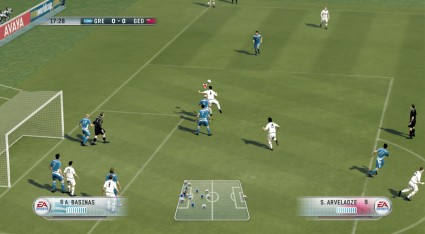 This generation's first football game wasn't all that.

You can apply these comparisons across the board; Far Cry 2 compared to the upcoming Far Cry 3; Forza and Gran Turismo over the past five years; and then take a look at Oblivion, a massive, beautiful RPG at its time. Compare it to Skyrim, and it’s not even close.

Where we go from here is anyone’s guess. 3D is the big buzzword in technology these days but the consoles would be reliant on a compatible TV and an added expense that may hinder sales. More integrated, interactive consoles are a real possibility, on the other hand. Whatever the next generation comes up with, it will have a tall order to beat this one for overall progress.