Vita is an expensive hobby. We’ve all worked that out by now. It’s a great handheld, with some great ideas and some great looking games, but dagnabbit, are you going to have to pay for it.

It would seem Sony simply haven’t learned their lesson from the Playstation 3 launch and are setting themselves up for another disaster.

Then again, perhaps they’ve learned that lesson all too well, and they’re simply preparing us for the worst..

So, we have two Playstation Vita models. The Wi-Fi model at £229 and the Wi-Fi/3G model at £279. Many seem settled on the cheaper, Wi-Fi version, but there are those curious about what the 3G actually offers. After some investigating, I dug up the specs. See for yourself if it’s worth the extra £50.

If all of that sounds mighty appealing (bearing in mind, that doesn’t include the additional costs to Vodafone to keep the 3G service up and running) you need to get all up in 3G’s grill. For everyone else, you’ll just have to wait to hit a Starbucks to see if Maven Draven from Stratford-Upon-Avon beat your lap time.

Of course, deciding on the model you want is just the first wrung on Vita’s ladder of financial peril. The next step is deciding on the specialist memory card that Sony insist you have  (Vita will not support external products and some games require you to have a memory card fitted)

We haven’t even reached the point of buying a game yet, or a protective case, screen protector, AC Adaptor, travel kit or card case and already you can see Vita is gonna burn some holes in that pretty little wallet of yours. 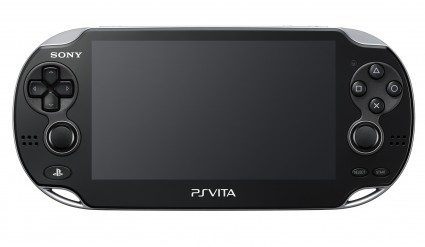 Could this price be a sign of things to come?

Predictably, much like every other aspect of Vita, game prices have become a source of contention for the consumer, with many seemingly confused by the meaning of RRP and how much they expect to pay for a game as opposed to how much they actually will pay. Retailers have already started to price up their games, with some examples listed below.

As you can see, there’s a real differentiation between the RRP of Vita games. Still, £45 RRP for a handheld game is a mind-blowing proposition, putting it above many high-profile 360 and PS3 titles. Uncharted is undoubtedly a premium Vita title, but considering you’ll be able to buy the entire Uncharted collection on Playstation 3 for less come February, it does make you wonder if Sony are having a bit of a collective brain fart?

That’s not even taking into consideration the amount you may have to pay for games on PSN. While Sony have assured us the pricing for downloads will be flexible, considering the current price point for Games on Demand on both PSN and XBLA, that’s still not a very reassuring stance.

Anyway, the moment you’ve been waiting for: The Final Total.

If you take all of that pricing into account, saying you wanted to opt for a top of the range Vita, with all of those games at my selected retailer’s price and the largest possible memory card to support it all, you will be paying a grand total of £406.96

Whoa! No wonder people are importing.

It’s hard not to put things into perspective, and compare that pricing to Vita’s closest rival, the 3DS. For a 3DS with Mario Land, Mario Kart 7 and Zelda Ocarina of Time, you pay £208.86 with Amazon. That’s almost £200 less… 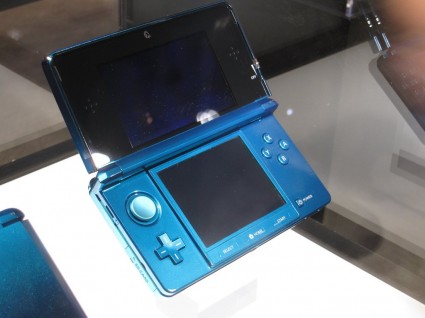 Admittedly, Vita’s own revolutionary features outweigh those of Nintendo’s handheld (PSN Online, Dual Touch Screen, 3G, PS3 Quality Graphics vs Glasses-Free 3D Handheld Device), but one has to wonder, how many people will justify such a differention in price and how many will opt for the cheaper option?

Is it possible that due to Vita’s premium price point vs 3DS, that 3D could become more widespread and ingratiated into our society than any of us ever thought possible? Food for thought, but that’s another story for another time..

Of course, I may be looking at this with a narrow-mind, and not widening my gaze to see the bigger picture. It seems expensive to us now, sure, but will that be the same case in five years time? With the next-gen of consoles seemingly imminent, will world giants Microsoft, Sony and Nintendo decide that this is the time to make us pay even more for gaming?

Is Vita’s Premium Price Point going to be a driving force for market leaders to up the pricing of their major systems? What about the next Xbox? I certainly can’t see it retailing for less than £300, but who’s to say it won’t go for more? Microsoft will be onto their third console, and if their approach is anything like Sony with the Playstation 3, upgrading may be a shock to some.

Imagine what Sony will do for the Playstation 4? They’re clearly still going for premium rates with their systems, so imagine how much they’ll charge this time around?

What about Wii U? Will Nintendo try to make some money back from the 3DS and put the pricing up a little bit more than we have all anticipated, or could it end up being at a competitive price point to Vita? What would that mean for Sony’s handheld?

Despite the price, it may be hard for some to believe that Vita is being sold at a loss. When you consider all the groundbreaking technology being shoehorned into a single portable device, it costs a lot to create a device of such magnitude and on such a huge scale. In truth, unless Sony are adverse to profit, they probably couldn’t drop the price much lower. What would be the point? We’re in a business environment, Sony are a business, and they’re in the market to produce high-quality, world-class technology for your hard-earned monies.

Yet, they also need to be weary that they’re still missing out on a large demographic of gamers at this price, and probably will be for a good few years. Is it possible technology is starting to outpace the consumers it is intended for, and that it needs to slow down until the world gets back to some financial stability? Is that even feasible?

Sony should be concerned about this economic climate, they should be worried that people are much more cautious about their spending, and they simply can’t afford the latest innovations. Sony need to think very carefully about what happened to the 3DS and how quickly the price dropped because of how little it was selling.

In fact, the greatest worry for Microsoft, Sony and Nintendo is that people may not even want next-gen at all. That they are, in fact, quite happy with the current batch of consoles, and aren’t considering changing anytime soon. Both because they can’t afford to, but also they’re satisfied with what they already have in front of them. Launching a new system at this point could well be a death sentence. Sure, the 3DS has sold more in its first year than the DS did, but look at the drastic measures Nintendo had to adopt in order to get to that point.

While portable gaming is bigger than its ever been, the market is already quite monopolised, with iPhones and Androids seeming to lead the charge. Most people are buying games for 69p and paying £30 a month on contracts to keep these all-encompassing swish phones in their pocket. It’s a market that has been radically altered from when the PSP first launched, something Nintendo have become all too aware of.

However, I’m not here to try and sway you. On the contrary, I got some hands-on time with Vita at last year’s Eurogamer Expo and I can tell you that it’s the dream handheld gamers have been waiting for. It’s an amazing piece of kit that, with the right games and support, could become a very popular platform in the years to come.

With almost 400,000 units sold in its first week in Japan, perhaps I’m the one who needs to wise up? However, the very fact that a handheld can launch at such a high rate does make me wonder how many will be willing to adopt, how much the next batch of home consoles will set us back, and will we be willing to pay for them?

What are your thoughts?