The original Sword of the Stars was my first encounter with 4X, a space strategy genre short for ‘explore, expand, exploit, and exterminate.’ With its slow-paced but incredibly deep and rewarding gameplay, it was an experience that was both relaxing and intensely absorbing.

When Sword of the Stars II: Lords of Winter was announced for October 2011, I was excited to delve back into the far reaches of space and establish new empires. Imagine my disappointment, then, when SOTS2 turned out to be one of the most disastrous video-game launches in recent history.

Everyone’s familiar with the ‘release first, patch later’ mentality that plagues many titles these days, but Lords of Winter took this to a new level. Whole game modes and mechanics were either completely broken or missing altogether, whilst the game was prone to more crashes than a demolition derby. Adding to the chaos was an absence of any documentation to help the player in what is typically a very complex game genre. 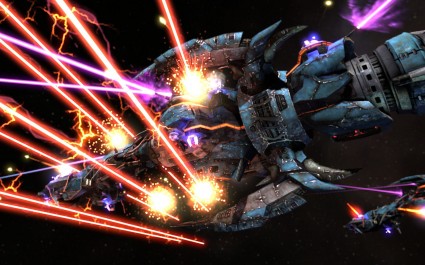 Fairly comparable to the onslaught SOTS2 received on release

With rumours rife of its incompleteness and a Metascore of 44, I reluctantly steered well clear. After countless patches to the game and a full year later, an email arrived in my inbox this morning from the CEO of Kerberos Productions, Martin Cirulis:

‘Sorry for the long wait but I am extremely happy and proud to give the all clear signal and invite you all back to a bright and shiny SotS2.’

He announces that the game is now in the state that they would have liked it to be upon release, in an ideal world. The email also expresses his gratitude to publishers Paradox and all of the players who have supported the game on the rocky road since its release. Finally, Cirulis promises that their work is far from done and they plan to support the title ‘indefinitely’. He says that Kerberos will ‘continue to fill out and flesh out the SotS2 universe as well as adding new maps, scenarios and plenty of quality of life suggestions’. 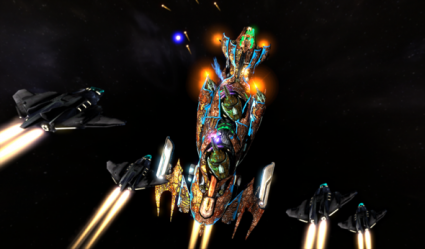 Looks pretty awesome, doesn't it? And now you'll be able to enjoy it as intended

I will reserve judgement until I get a chance to try the game out myself before I fully take their word for it, but as little as I support the original state of the game’s release, I have to commend Kerberos for their dedication. They stood by their word and have worked hard for a year to right their wrongs, where lesser developers may have called it a write-off and thrown in the towel.