Is it a leak? Is it a piece of promotional material sent out too early? No, it’s most likely an attempt at making your new DLC go ‘viral’!

Cynicism aside, here’s what ‘looks like’ a genuine poster which confirms that the first piece of Black Ops 2 DLC will be hitting Xbox LIVE on the 29th of January. Other platforms? Who cares or knows. Everyone that takes their COD seriously plays it on 360. Right, bros?

Please understand that this information is gathered from Reddit, which is maybe not the best source of information in the world. So everyone should grab a pinch of salt whilst they’re reading this.

Calling itself ‘Revolution’, the DLC pack will contain five maps – Hydro, Downhill, Grind, Mirage and DIE Rise, with that last one most likely being a ‘Zombie Mode’ map. There also seems to be a new gun called the ‘Peacekeeper SMG’. Helping you keep the peace one piece of metal travelling at lethal velocities at a time. 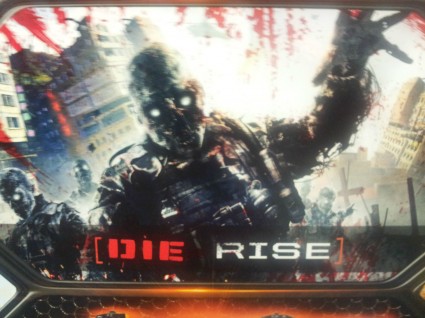 I'm no expert, but this looks like a zombie map...

So, everyone that likes shooting each other, it’s time to get excited. I’m just hoping they won’t try anything funny with the way these maps are dealt with. We’re watching you Activision.