If you’re contemplating trading in some of that massive library of PS2 games at GameStop now is the time. A user on NeoGaf has posted a heads up in regards to the retailers (near) future plans. 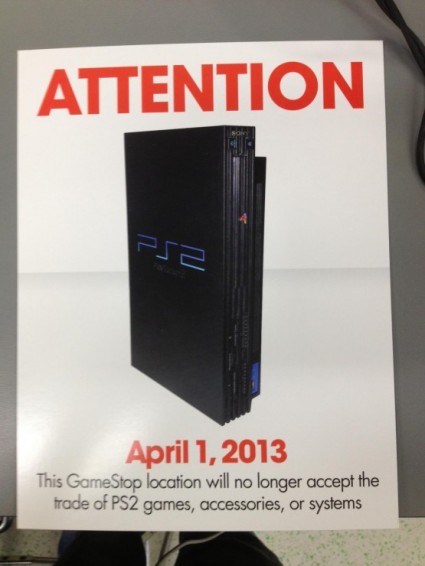 Could this be an April Fools?

This is one of GameStop’s more idiotic moves, I have to say. PS2 was one of the best selling systems, even against a newer generation, and it’s home to one of the most popular libraries. To render a complete collection as obsolete and our prior expenditures invalid is a bit harsh.

Perhaps this is just a push to embrace our gaming future where used games are looked down upon and we are encouraged to re-purchase a game three times over via the new Cloud/Gaikai service.

Regardless of their motives behind this decision  if you do wish to unload some PS2 games via GameStop, you have less than one month.