Rezzed 2013 Moving To The NEC, Birmingham

The PC and indie games show ‘Rezzed‘ is to take place at The NEC, Birmingham this June.

Gamer Network has announced that tickets are now on sale for ‘Rezzed 2013′. Brought to you by the team behind the ‘Eurogamer Expo‘, ‘Rezzed: The PC and Indie Games Show‘ will take place at The NEC, Birmingham on Saturday 22nd and Sunday 23rd June, welcoming up to 10,000 gamers to the UK’s largest exhibition space.

It is refreshing to see a company that’s listened to the comments from fans north of Watford. The many people that had issues travelling to Brighton for the indie gaming show last year will be happy to hear that it’s moved to a more central location. On top of that it’s fantastic to see the organizer’s ambition growing by opening the show to a much bigger audience and by making the most of the vast amount of space available at the NEC in Birmingham.

As in 2012, media partners Eurogamer.net and Rock, Paper, Shotgun will work together to create a vibrant event showcasing the best the PC and indie game scenes have to offer.

The Rezzed show floor will host a mix of pre-release blockbuster titles sitting alongside cutting edge indie games. SEGA and GetGames are already confirmed as exhibitors for this year with many more to be revealed in the coming weeks.

The Leftfield Collection, curated by the editors of Eurogamer.net and Rock, Paper, Shotgun, will return for 2013 and will house a wide and varied selection of indie games created by some of the brightest minds in indie development.

Attendees will have the chance to take in presentations by world leading game designers at the Rezzed developer sessions. Ragnar Tornquist’s Red Thread Games will present Dreamfall Chapters, Chris Avellone from Obsidian Entertainment is flying in to talk about Project Eternity, and there are many more names confirmed for 2013 with more sessions to be announced soon.

“Rezzed 2012 was a wonderful mix of high-profile, big-budget titles and quirky indie games, which helped foster an incredible atmosphere. We were delighted to enable UK gamers to get hands-on for the first time with blockbusters such as Borderlands 2 while also acting as a springboard for indie games such as Hotline Miami,” said Rupert Loman, Founder and CEO of Gamer Network. “The NEC in Birmingham allows us to replicate this success while enabling an extra 6,000 gamers to attend the event.” 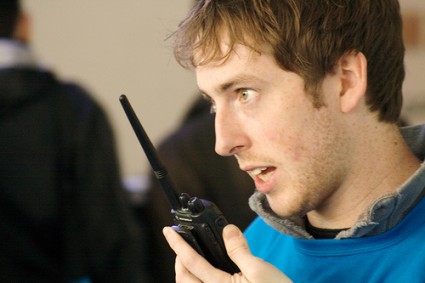 Ruper to Gamer HQ… Over…

David Lilley, Events Director of Gamer Network, added: “The PC and indie games markets have continued to blossom over the last 12 months. Rezzed represents an ideal opportunity for both large publishers and indie developers to showcase their latest works to 10,000 hardcore PC and indie gamers.”

Rezzed debuted in July 2012 and brought 4,000 gamers to The Brighton Centre to get hands-on with the latest big-budget PC games, attend presentations by world-renowned game designers and experience the most innovative indie games. ‘Rezzed: The PC and Indie Games Show’ heads to The NEC Birmingham this June with capacity for 10,000 attendees.

Anyone who has a passion for gaming whether it be indie or triple AAA titles can purchase tickets at www.rezzed.com, priced £12 for one day or £20 for a weekend ticket.

A 25% Early Bird discount is available for all ticket purchases until April 30th with group discounts also available. As a gamer who wants to encourage more gaming shows to be less ‘London-centric’, this is one cause that gets my full support and hope you will do the same.