In an unprecedented move, Microsoft are assembling an exclusive ‘Media Event’ to announce something ‘major’.

On Monday June 18th, Microsoft will be holding a Media Event in Los Angeles to announce something ‘major’. What’s more, only a handful of media outlets have received invites, including world-renowned technology site, Mashable.

What are Microsoft going to announce? Your guess is as good as ours.

This will be a major Microsoft announcement — you will not want to miss it.

This is a non-transferrable invitation, however, if you would like to send your local colleague in your place, please submit that name and it will be reviewed. If you would like to bring a photographer please register that person as your additional guest. Please note – still photography and video will be limited.

Could Microsoft be about to lift the lid on the next entrant in the Xbox brand? Perhaps they’re going to announce a new Windows Phone, or tell us a bit more about the Smart Glass project? Maybe it’s something else entirely.

It’s peculiar that Microsoft are summoning a big event so soon after E3, and shortly after they’ve confirmed they will be a no-show at Gamescom and Tokyo Game Show this year. Earlier this year, Microsoft also made the Consumer Electronics Show in January their last, deciding instead to focus on smaller, more localized press experiences. That doesn’t mean a third Xbox console or Xbox handheld announcement is impossible, however. Many people felt that Microsoft’s Press Conference at E3 felt like a bit of an anti-climax, with some saying they felt the world leader was ‘holding back’ on something. With a strong emphasis on sport and applications, the games side of things seemed quite understated, but now that Nintendo and Sony have dealt their hands, Microsoft may be ready to tell the world what they really wanted to say at E3. 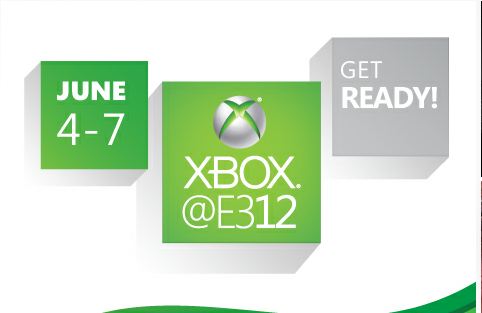 Making up for an underwhelming show?

Then again, it’s entirely possible this ‘major’ announcement won’t be gaming related at all. Many are speculating that Microsoft could be about to lock horns with Apple and bring out their own HDTV. That wouldn’t be unexpected either, as Microsoft announced Xbox Music, a competitor to iTunes, at E3. On launch, the massive new music service is set to bring over 30 million songs to our television sets through the console.

Some also believe that Microsoft will announce whether they’ve bought out Nokia or Research in Motion. Just imagine a collaboration between Microsoft and Blackberry. That would, undeniably, be an enormous boost for the fledging brand. At this point though, would that really be befitting of the term ‘major’ announcement?

Hell, for all we know, they’re going to tell us something new about Windows 8.

Regardless, there’s something about the cloak and dagger nature of this event that’s got team TIMJ more than a little bit excited. The subtle invitations, requests for limited photography, the emphasis on the word ‘major’. Could we be just hours away from the unveiling of ‘Durango’, a code-name that sounds more like Kangaroo diarrhea than a next-gen console?

Either way, it’s time to buckle up. Shit just got interesting.