Newell: Apple is the major threat

While speaking to a class at the University of Texas, Valve’s Gabe Newell stated that Apple is more of a threat to Steam than any console.

“The threat right now is that Apple has gained a huge amount of market share, and has a relatively obvious pathway towards entering the living room with their platform,” Newell said.

“I think that there’s a scenario where we see sort of a dumbed down living room platform emerging, I think Apple rolls the console guys really easily. The question is can we make enough progress in the PC space to establish ourselves there, and also figure out better ways of addressing mobile before Apple takes over the living room?”

Looking at Epic Citadel’s use of Unreal Engine 3 I can see why some may be looking at mobile games as competition. 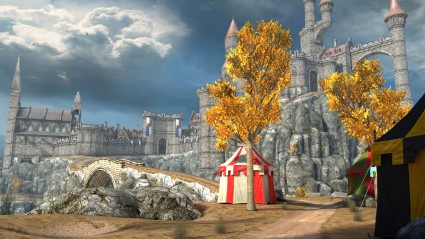 Epic Citadel is available on both iOS and Android.

There is no doubt mobile gaming has come a long way, surprising many with the level of success it offers. Though, I see no threat to PC gaming. It is the one gaming medium that has stood the test of time. If anything takes a hit, something tells me it will be the next generation of consoles.