Nvidia Announces Project Shield: Figuring out who needs it commences

Nvidia has today announced the development of a handheld device as part of a drive known as Project Shield. The handheld device is said to run on the Android OS, giving it access to Google Play and all of the games within and it’s also going to be able to hook up to your PC for semi-portable gaming.

I say ‘semi-portable’ because this PC connectivity I mention will only work if you’re on the same network as the PC you want to stream from. Meaning you’ll have to be within the Wi-Fi reach of the network. Meaning it seems a bit pointless. Meaning I’m somewhat confused as to ‘why’ this device exists and I’d like to know ‘who’ the handheld’s actually aimed at.

Before we figure out the ‘why’ and ‘who’ of the console, let’s look at the ‘how’.

How the console is going to provide this functionality is through the following techno-wizardry;

It’s sounds pretty powerful and the specs look impressive. The design itself is kind of ugly if you ask me though.

If that’s what it is, the important part is what it does. Really, we’re dealing with something that’s got two angles to it. 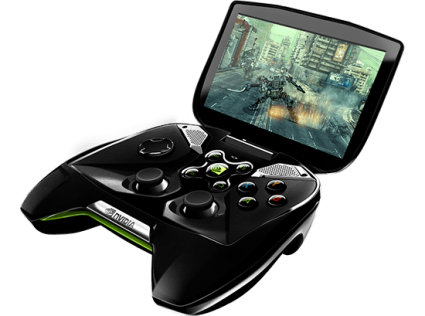 I know I mentioned this in the text, but dang – this thing is ugly…

As an Android playing portable machine;

Android developers must be sick of this by now and will surely be focusing on the core markets of phones and tablets to earn their money. It’s not a case of more choice for the consumer and more opportunities for developers, it’s a case of more confusion and splintering of an already overcrowded marketplace.

I can’t answer this. People with Android phones will use their Android phones to play Android games. People that want a dedicated handheld device would be better off (probably) with a Vita or 3DS. People that don’t have an Android phone and instead own an iPhone and probably don’t really care about all of the ‘great’ Android exclusives that exist. Every good game tends to make it onto both Operating Systems, with iOS having the much better pick of ‘exclusives’. 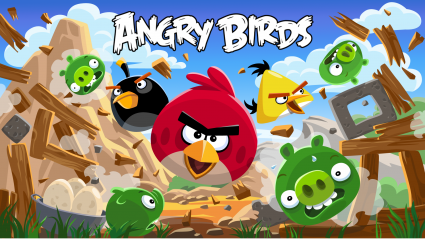 Finally! A device that can play Angry Birds!

As a PC streaming device;

This is where it gets potentially interesting. Reports suggest that the streaming is pretty darn smooth and that any latency isn’t noticeable. Being able to play your gaming PC on a handheld device could be neat, meaning WOW sessions could be completed from the comfort of your bed. Remember though, don’t start getting big ideas of having your PC in your pocket whilst you’re out and about. The ‘Shield’ will only stream machines that are on the same Wi-Fi network that it’s on.

Another idea is that it could be used to hook your PC up to a big screen. Seeing as this is becoming a much more regular thing, so much so that Steam have now developed a ‘Big Picture Mode’ designed specifically for that purpose, this might not be as niche a problem as it sounds. It could be a great way to get this done without having to drag your gaming PC into your front room every time you want to play. 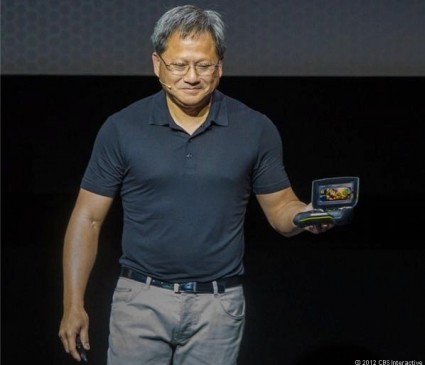 He’s selling, but who to?

Nvidia haven’t really given us any clue as to how much this will cost, which makes getting excited for it even more difficult.

Perhaps I’m missing the point, but the market for this handheld just isn’t apparent to me. Who was crying out for a handheld Android device? They already exist. People that want to hook their PC up to a TV? They already have.