Us folk at TIMJ towers love a huge breadth of games and we like to indulge in our favourite pastime as often as possible. However, there are so many amazing options out there now it’s impossible to play everything.

One game I have never played, surprisingly as I actually own it, is Shadow of Colossus. I’ve owned a digital HD copy for around three years now, which actually gives me no real excuse. I have downloaded it several times to my PS3 and then deleted it each and every time.

I actually purchased it on its original release and let it collect dust for the next four years before getting rid; when I sold it, it was still wrapped in cellophane. This apparent classic sees you play as a young man trying to resurrect a fair maiden by climbing and killing the big creatures inhabiting the world. I can’t actually tell you any more about it, so you will just have to pick it up yourself or look it up to find out.

I will have to make a big effort to give it a go soon before I reach a decade of putting it off. 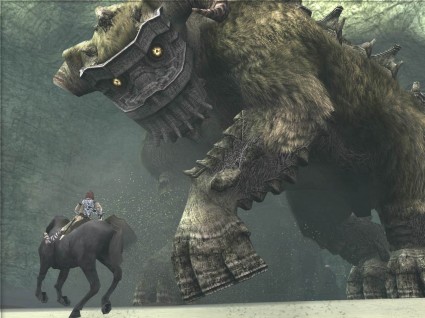 Shadow of the Colossus is a game everyone should experience… or you could just keep deleting it from your hard drive like Simon!

I have never played Minecraft. I’ve never wanted to. I probably never will.

This is a game that is probably bigger than any other ‘indie’ game on the planet. It has its own conventions, millions of people enjoy watching it, let alone playing it, and there are people who have created their own worlds. It’s easily been one of the biggest pieces of software in the last decade.

I know a lot of people deride games for being ‘pointless’ but I literally don’t see the point to Minecraft. There’s no end to it and there’s no way of getting good at it.

I suppose it’s a case of me needing to stop thinking of games as something that have an ending or that allow you to show off a skill. Maybe it’s that Minecraft isn’t even a game; it’s more of a toy to play with. Maybe I’m too old for toys*.

*Well aware that I write about video-games. Don’t get mad. 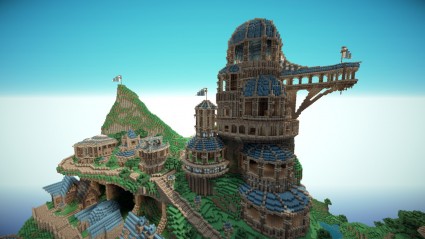 Matt has something of a mental “block” (sorry!) where Minecraft’s concerned

The big game (or rather, series) that I’ve missed out on over the years is Metal Gear Solid. The thing is I think it’d be quite up my street; great action and stealth with a sci-fi twist, high production values and a plot that’s as downright weird as it is fascinating. Though as my youth was rife with Nintendo fanboyism I missed out on number one, and by the time I got a PS2 I only got round to playing the demo level of Sons of Liberty.

Guns of the Patriots on PS3 looked excellent, and I’m almost ashamed to admit why I didn’t pick it up – it didn’t have trophy support. Incidentally, this was patched in quite recently so I really don’t have an excuse anymore. I also had a good chance to delve into both of the PS2 HD remakes on Vita for free when they landed on PS Plus… Except, I forgot to redeem them to my account for the month they were available, remembering only a day too late.

I’ve decided that enough is enough, however, so I’m finally entering the series with Ground Zeroes… when it’s cheaper. That RRP is not a good price:gametime ratio. 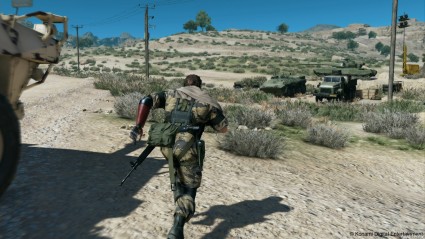 Will The Phantom Pain finally get James playing MGS or will he be cowering from it in the nearest cardboard box?

The one game I haven’t played and I feel I should have is Dark Souls. I don’t remember why I never did, it matches the kind of game I enjoy the most and I’m certainly not scared of taking on a challenging game but it just never crossed my radar when it came out. It was a massive critical success with its unforgiving difficulty level, deep gameplay and beautiful environments; it sometimes feels like I’m one of the few people not to have played it.

Thinking deeper I suspect one of my reasons for missing this was the fact that Skyrim came out the month after, I remember hammering Oblivion during the lead up to that.

Just realised I still haven’t played the sequel either; I’d best rectify that as soon as possible. 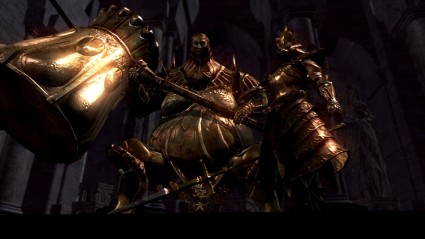 As a huge RPG fan, there’s a RPG series that I’m ashamed I’ve never played a single entry of: The Elder Scrolls. I can’t use the excuse that I didn’t have a PC when the first few releases came out as I used to do all my gaming on PC. In fact I’ve had the hardware available to me to play any of the single-player games but somehow they’ve always passed me by.

Oblivion I missed out on because I joined the 360/PS3 era a while after it was released and there were too many other games that I wanted to play more, but Skyrim had me really excited, here was the entry I was finally going to jump onboard for.

Then it came out on PS3, and was buggy, and play times into the hundreds of hours were bandied about. I thought to myself ‘never mind that, I don’t have the will or the time to dedicate to something that huge’. I simply don’t like the idea of supporting something that can’t run properly on the only system I have that will play it. 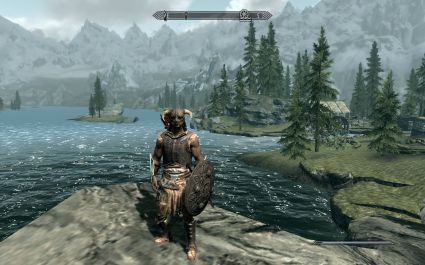 Skyrim: pretty, epic, and all a bit much for Andy B

I make a concerted effort to at least try every big game that comes out, though it’s not strange for me to rent a game, play it for 15 min, and immediately return it. It’s the really old, classic games that I feel I missed out on, a lot of pre-NES games on the console side and a lot of PC games.

The one game I hear people talk a lot about and always regret not playing is Myst. I’ve never played any of its sequels or a single one of its many remakes and re-releases. It’s a game I hear alluded to enough that I always feel that I’ve missed out on something very special and influential.

You tell me, have I truly missed out on an important piece of gaming history? 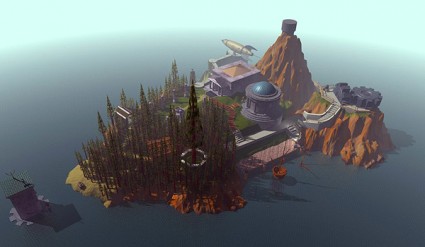 The game series I always feel bad about having never dipped into, despite it regularly topping lists of the best games of all time, is Legend of Zelda. So many of my friends talk about what a huge part Zelda has played on their lives growing up, and how they continue to enjoy the series as it goes on, and I feel like I’ve missed out.

Growing up I went straight from my Sega Master System II to my PlayStation, and my love affair with Sony began. Now, as an adult I can’t justify spending out on new consoles for one game and the need to start the Zelda series hasn’t grabbed me enough to warrant it yet.

I’ve grown accustomed to the strange looks when I say I’ve never played Zelda. It’s the same one I get when I reveal I’ve never played any Mario games either – I’ve just never been a Nintendo fan, Pokémon aside.

Give me Sonic and Crash over Link and Mario any day! 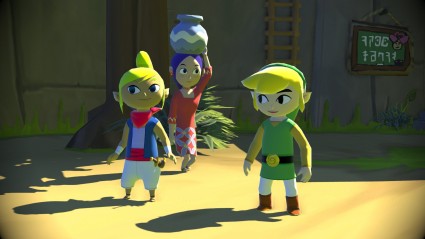 Is the Legend of Zelda series the missing link in Jade’s gaming library?

Eugh, this is tough. I have many insanely popular games I’ve yet to sample the delights of, with the likes of God of War, Grim Fandango, Diablo, and Starcraft among those gracing my list. Yes, yes, I know, I’m a monster and yes, I will rectify some of these the moment the industry agrees to take a year out to let me chisel away at my pile of shame. The one I’m going to talk about here, however, is Ōkami.

Everything about this game is right up my alley; painterly graphics, a charming story, an intriguing choice of hero and – the one thing that excites me most of all – it’s heavily inspired structurally by The Legend of Zelda.

Why have I not played it before? A combination of ignorance and circumstance; somehow I was never aware of it during its PS2 release window and I was Wii-less when the subsequent port came around. When the HD remake appeared on PSN, my PS3 was stranded back in the UK for two years during my emigration to Australia.

In my defence, I have played as protagonist Amaterasu many times in Ultimate Marvel vs Capcom 3, and I did buy Ōkami HD in a semi-recent PSN sale. It’s downloaded and sat on my HDD ready to roll, so I’m ready and willing to right this wrong.

Just waiting for that industry-agreed year out, then… 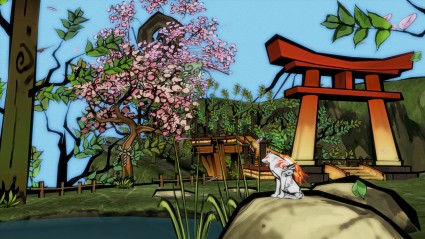 Will Andy ever get to play as Amaterasu outside of UMvC3?