There’s been plenty of discussion about exclusives in the past few weeks, following the announcement of Rise of The Tomb Raider as a (timed?) exclusive on Xbox. This is only set to continue with rumours swirling in the past couple of days around a $2 billion dollar buyout of Mojang by Microsoft, a move presumably laser-sighted at securing Minecraft exclusivity, crazy money or otherwise.

Of course, Sony isn’t unfamiliar with this sort of thing either, with their exclusive content in Destiny, and exclusive marketing campaign for the same game. Is this all a cynical ploy to try and stop purchasers of rival systems playing a game, or is it good for gaming? Read on for the thoughts of the TIMJ team…

I’ve never been affected by third-party exclusives very much, there’s always the feeling that eventually the game or DLC will arrive on other platforms anyway, albeit sometimes with word trickery by the publishing company.

However, the Tomb Raider lock-out is a very different kettle of fish. Taking an existing and popular franchise, one with many fans across different platforms, and then delaying its release seems to be a very unfair move. The feeling is compounded by the fact that the details seemed to be unclear; first it was looking like it was never coming to other platforms, then it was a timed exclusive, but the actual length of time varied wildly depending on who you asked.

The end result is that you have a very large body of fans that aren’t just upset at the turn of events but massively confused as to the future of a game that they love. This is a terrible situation to create and comes across as uncaring and unprofessional.

As I said at the beginning, in general, I don’t have a problem with third-party exclusives, but when they are handled as badly as the Tomb Raider one, they hurt the industry.

In this day and age I think it’s a stupid idea for a third-party developer to give timed exclusivity to a particular console when you were planning to release on all major consoles anyway. In my mind, you have to make as much money quickly to claw back some of the money that you spend developing in the first place. Limiting your options by specifying a console exclusivity is ludicrous, especially if you pick the one console that’s had 4x less sales on than the one that you are alienating.

With Tomb Raider being exclusive for a period of time, it makes me think that Microsoft will have paid through the nose just to be able to have that brand under their hat; even if it’s for a few months or a year. Square Enix are a little stupid if they haven’t asked for all potential earnings had it been multiplatform. It’s also something they must have thought hard about, as Tomb Raider - as a brand – has been part of the PlayStation family long before there was an Xbox.

First-party games are a given, but when you are pushing development houses to bend to your will, I can see it alienating a well-established fan base. This is something that I don’t think Square should be doing, given their recent record of hit and miss hits. 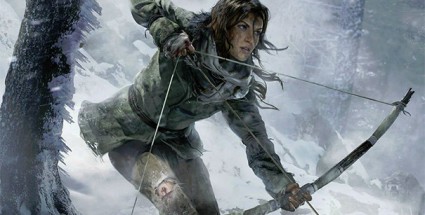 Exclusives are good. Plain and simple, they help games get made.

If a game was a sure-fire hit and if the developer found a publisher that believed in the game enough, then it’d get made and it’d get made for everything.

As it is, exclusivity deals are often used to fund a game’s development or to sure up a publisher’s outgoings. If Square thought that the new Tomb Raider was going to blow everyone away and that it’d earn them billions, then they wouldn’t take Microsoft’s money.

As it is, the first Tomb Raider didn’t meet Square’s (somewhat lofty) expectations and now Microsoft’s money has just provided reassurance to Square and will make it more likely that we see a Tomb Raider 3. This deal will make the game a much more profitable undertaking.

Stop taking it so personally. There are no vendettas, there’s just numbers to crunch and businesses to run.

See Bayonetta 2 as well. That game either got funded by Nintendo, thus making it a WiiU exclusive or it didn’t get made at all. I know what I’d prefer…

As time goes on, exclusives are becoming rarer and, quite frankly, less and less feasible. Game development is now a hefty financial undertaking in most cases and so to make profit, a lot of publishers are platform-agnostic. We’ve not even received that many games exclusive to new-gen in general yet, let alone to one particular console!

My personal stance? I hate exclusives as much as I love them. The holy triumvirate of consoles become more and more alike with each passing generation, and exclusive releases help to set each system apart from the next. The best types of exclusives are those which play to the platform’s strengths and couldn’t be achieved as well on any other system – not those arbitrarily limited to one platform by the shaking of hands and the exchanging of money. The Wii U, despite its dismal sales figures, is the best example so far this generation of fantastic exclusives which are on the console for a reason. The Xbox One’s Tomb Raider, on the other hand, is not such a good example.

That said, being in the lucky position of owning all of the last-generation consoles, a gaming PC and Wii U as well as a PlayStation 4, I’ve often wished that I had more justification for owning the latter when almost every game is available elsewhere. Don’t even get me started on trying to justify purchasing an Xbox One at some point down the line – and no, getting Tomb Raider early does not make a smidgen of difference! 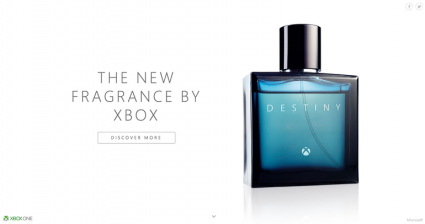 MS don’t always get it wrong. when denied advertising rights to Destiny, this was their cheeky, and pretty funny, riposte

During the last console generation, the PS3 became my primary console of choice, in part because of the console exclusives. I’m talking about real exclusives, not “exclusive” the way the term has been used lately as in the case of Rise of the Tomb Raider. I wish I could play every game on one console but I can’t deny the appeal of an exclusive. I doubt I’ll be able to resist the Halo Master Chief Collection for much longer…

I see how a third-party exclusivity deal can help mitigate risk for the developer/publisher and I see how limiting your potential audience can cost sales, but is it good or bad for the industry? My guess is that it’s good for the industry because it means that gamers are getting different experiences across consoles and it’s pushing hardware sales. If all the games I want are on one console, I’m getting one console. If the games I want are across multiple consoles, I’m getting multiple consoles.

As a consumer I don’t like missing out on games because I can’t afford to own every console but I do like having a choice so as much as third-party exclusives bother me, I find there are more pros than cons in their favor. Dammit.

While I take a neutral stance on third-party exclusives for the most part, I do think that developers and publishers need to be more clear with the terminology they use to describe them. After the Tomb Raider/Xbox One exclusivity announcement it was interesting to see the reaction differences between more casual gamers who took the announcement literally, and those who presumed to add in the “timed” part of the exclusivity deal. Announcements like these can cause people to make rash decisions, and later resent the companies who gave them the information that led to them making that decision. I think it’s better for companies to be upfront about this, even if it takes the shine off the deal somewhat.

When it comes to legitimate exclusives, it doesn’t bother me if they don’t come to my console of choice. With money a limited resource and the nagging feeling that I have other responsibilities, I’m not in a position to be able to have multiple consoles in one generation, and I made peace with that a long time ago. I feel that things will always balance out, and while there may be games on one console that I’d be tempted by, sooner or later, my console will get a game that will make the other side feel the same way. 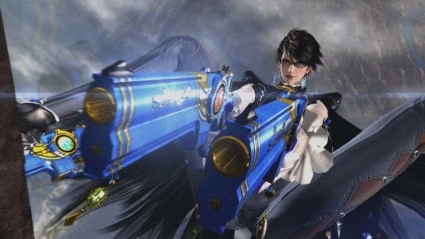 Exclusives are an important part of the games industry, without them we’d have little to differentiate between consoles. With that in mind, it makes sense that the manufacturers maintain a team of first-party developers as their content can be key to making us bite. Similarly this can of course apply to third-party titles, and there are many reasons why these may become exclusive, be it that the manufacturer is also acting as publisher (which may be the case for Silent Hills), the manufacturer is the only company to offer support, such as in the case of Nintendo with Bayonetta 2, or in the case of most indies, they’re simply too small to concentrate on more than one system at a time (take your pick from a long list of Indie devs).

Of course Rise of the Tomb Raider can’t be ignored. The reason this has created such a fuss is that there’s no obvious reason for it to become an exclusive. Look at my reasoning above. The publisher is Square Enix, I’m sure all system manufacturers would want a new Tomb Raider on theirs, and Crystal Dynamics are plenty big enough having already released Tomb Raider multiplatform. So on the face of it, this is nothing more than Microsoft blocking others from playing a game they could have played otherwise. Given that Square Enix weren’t happy with sales of the first game, it’s a mystifying move but given there must be plenty of Tomb Raider fans out there, perhaps it’s one that will pay off. One thing is sure, Microsoft really need to work on their PR as the delivery of this message was yet another in a long line of recent PR misfires.