Nintendo issued Wii U update 5.0.0 this week and it is actually significant. While it manages to add some good features, the surprise is that it hints at some better uses for the GamePad. Finally.

Continue reading if you’re interested in Nintendo’s latest efforts to make the GamePad a legitimate selling point for the Wii U.

The best new feature of update 5.0.0 may be how the Wii U will now download and install updates while in standby. Nothing revolutionary but definitely appreciated. Here’s hoping that Nintendo can fix any systems bricked by this in the future…

The feature that actually makes the Wii U work differently is the new Quick Start Menu. Instead of turning on the system, even from standby, and waiting for the main menu to appear, the GamePad now gives the illusion of instantly turning on. What is actually happening is that the GamePad displays your most recently used items and new content. It’s right there, waiting for you to review and select as soon as you hit the power or home button. 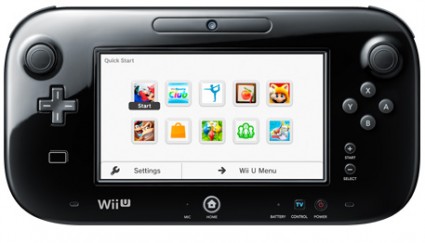 The console is still technically going through a startup phase, but you’ll be able to choose what you want to do and launch the software before you see anything on the TV. This makes the GamePad feel like its own device, working independently of the console.

The Quick Start Menu allows you to grab the GamePad and immediately launch Mario Kart or NES Remix 2 if they were among the 10 most recent applications launched. Therefore you cannot look through your entire library from here, which is unfortunate.

You can also grab the GamePad and (almost) immediately check your Friends List. This is a great addition but I can do that on Xbox and PSN with a smartphone app. Nintendo’s current web app is actually a quicker way to log into Miiverse than using the new Quick Start Menu but it doesn’t let you see if friends are online. Baby steps, I suppose…

One of the Wii U’s flaws is that the GamePad is rarely used as anything but a mirror of what’s on the TV. I actually wish this was possible 100% of the time but currently it is not. It feels as if Nintendo occasionally adds a “see TV” or “see GamePad” to fool you into thinking that they are two independent devices. Requiring you to use the GamePad makes it seem necessary but forcing you to navigate the TV has the opposite effect.

Overall, update 5.0.0 makes the Wii U a little faster and the Quick Start Menu is the only interesting thing Nintendo has done with the GamePad in months. That’s right: Using the GamePad as a horn in Mario Kart 8 is not clever… at all. At the very least, it seems that Nintendo is trying to capitalize on the touchscreen controller and won’t be abandoning it like Microsoft recently did with the Kinect.

According to Nintendo’s support site, update 5.0.0 includes the following:

Changes to the Wii U Menu:

Changes to the HOME Menu

Improvements to system stability and usability: