All throughout the history of gaming there have been franchises and series that have well overstayed their welcome. The worst part of it was that the fans of those franchises had to suffer through one terrible sequel after another (and maybe even some dubious spin-offs). It hasn’t ended, either; we still struggle to avert our eyes as publishers and developers yank at the shriveled utters of what once were proud cash cows. Let’s look at some of the worst offenders that maintain even today. 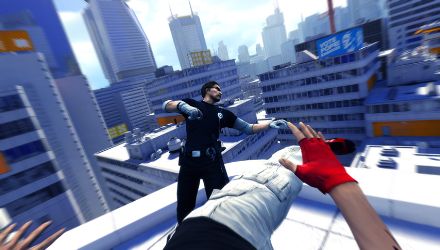 Marmite: Did you love it or hate it?

Gamers are pretty split down the middle on what to think of Mirror’s Edge. Some think it’s a success in innovation, and some think it’s a pretty-looking failure in platforming. Whatever you think, I’m sure you can agree with the notion that the game’s steam has more than dissipated since its release in 2008. Back when it was first announced, everyone thought it’d be one of the greatest games in a long time, which can be attributed to its originality. That same fervor has been dying since gamers first got their hands on it, and it’d be a stretch of the imagination to think that such a low-selling title could survive two sequels. Or would it be?

Apparently, EA doesn’t feel the same way. After a lackluster performance in retail, Mirror’s Edge’s dev team persists that it will be a trilogy, leaving many asking the question “why?” Can you take another awful pun like “Leap of Faith” without dropping your head in self-pity? Quit it, EA. 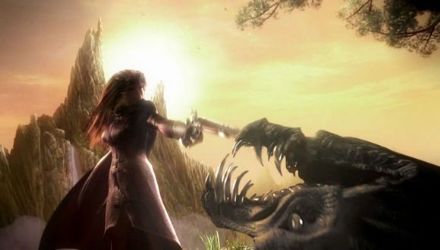 This is what I'm gonna do to Fable 3 when it comes out. Yes, I'll wear the dress too...

Yes, dear reader, you are not the only one who feels Peter Molyneux needs to shut up once and for all. After announcing at Gamescom this summer that he thinks “Something is fundamentally wrong with Fable,” good old Pete went on to describe how Fable 3 will be the best thing that’s ever happened to anyone despite that key flaw. Considering that Fable was received as just a “good” game amongst most critics, and that Fable 2 was no different, (especially when competing with Fallout 3) it’s hard to imagine Fable 3 revolutionizing gaming. Cut the cord, Mr. Molyneux.

Sonic the Hedgehog:
There’s really very little to say about this franchise. Making fun of Sonic has become one of the many clichés in gaming. All most people can stand to say about the game at this point is “stop.” We mean it, Sega. Just… stop. 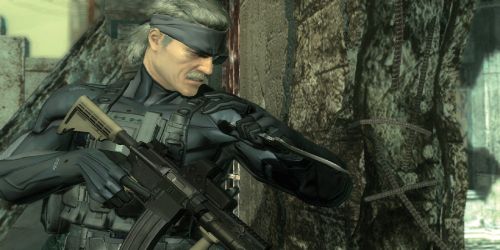 Sneaking up on a tree, Snake? Maybe it's time to retire...

Kojima-san has promised time and again that his next game would be the final with a Metal Gear involved, and time and gain he has proven himself a dirty liar. Metal Gear Solid 4 seemed to be the for sure last game in the MGS franchise absolutely for good… and then the teaser site for Metal Gear Rising was made public. Both eagerly and bitterly, fans flocked to the website to try and decipher the vague mask that took up the entire screen.

Now, since the game’s official announcement at E3, we still know very little about the game and what the premise is. We do know, however, that players will control the girly, former paraplegic bionic ninja warrior, Raiden. Speculators think the game will center on the blond spy’s newly acquired ability to perform Final Fantasy’s Thundaga attack. Whatever the guy can do, it had better be completely awesome after his failed first attempt at a leading role in MGS 2. Hopefully this’ll definitely be the last Metal Gear game forever… maybe. 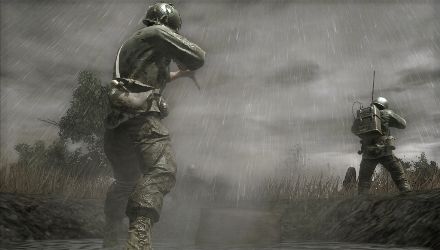 Anyone else fed up of this scene?

Yet again, we’ve come to a cliché in gaming. Let’s not dwell on the subject, for fear of inviting another Activision-developed trek through the most played out war ever. Bring on Modern Warfare 2! 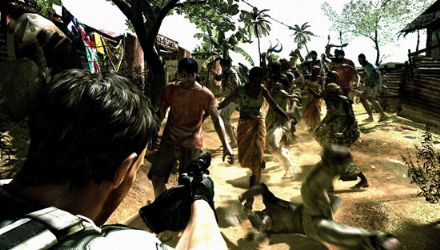 Though fans of the series may have thoroughly enjoyed Resident Evil 5, most of us can’t speak the title of the game without adding in a question mark. Resident Evil 5 was more like Resident Evil 4, except this time your character looks like he would bench press each zombie into submission, rather than use the tiny pistol you start off with. That’s not a huge issue, though, right? If it ain’t broke, don’t fix it… whatever.

Now with the announcement of Resident Evil: Darkside Chronicles for the Wii, you can’t help but question where the series will go from here. Japan? Australia? Maybe even to… the moon? Perhaps on its campaign to offend everyone who can get their hands on the game, the developers forgot that we need a fresh premise for a fresh game, not some abridged version of previously successful games. We also need to move while shooting. Resident Evil is the only game of the current generation that doesn’t let you move while shooting for a reason, Capcom.

Concluding Thoughts:
So, now that I’ve probably sparked a firestorm of flames from every fan of every game ever, is it too late to say that I’m a fan of all of these games? Except Sonic, of course… that’d just be silly. The point of this whole thing is that a lot of the biggest games of today are a part of a chain of games that we’ve grown used to already. It’s probably a tired plea, but it’s a valid one indeed. We need new games, and we don’t need those games to come with preordained sequels following closely behind. Readers who agree with this idea can hold their heads high for now in waiting for Brutal Legend this fall.