With another excuse to drink over here in the US with July 4th passing over here last weekend, most of us spent the day flipping hamburgers and getting our game on. Being the delicate social butterfly I am, I spent the day migrating from one barbecue to the next in a steadily increasing state of inebriation. Along my merry adventure, I visited many mystical lands, which I shared with those who politely tolerated me when I arrived unannounced and ate all their food. Much to my pleasant surprise, there was one unifying factor across the grand ole US; someone was playing something.

I awoke in the morning, breathing in deep the fresh air of liberty and freedom. That’s about as patriotic as I got, as the first thing I did after grabbing a mug of the ole’ French Roast, was sign into a match of TF2 and play as a mini-gun wielding Russian. I was lucky enough to stumble into one of the party themed servers, found a few sprays of Uncle Sam scattered around the map, and saw a Pyro shooting his flare gun into the air. After 0ne round as the grizzled Soldier and infamous Scout, I realized the pulse of American spirit was virtually flat-lining and dropped out like a high school metal band in the 80’s. 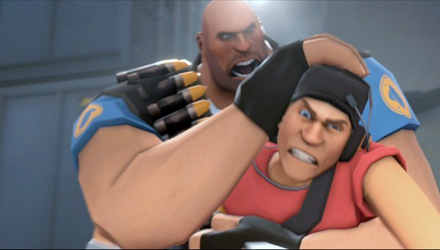 It's a love hate sort of relationship

So, like every good American citizen, I stepped out of the door into my stunningly patriotic country, hopped in my car and headed to work. I was held up at my small town’s only major intersection due to the parade I completely forgot about, I was more than proud to exercise my freedom of speech at the top of my lungs. Once my road rage had settled, I had the opportunity to enjoy my surroundings as I slowly crept through traffic. Scattered through the audience was the occasional child waiting on a float to pass, and they were killing the time between the poor event planning with a little DS, PSP, and even an original Gameboy.

My first stop after work led me to a good friend’s house, and a trip down memory lane. While digging through a drawer with a Nintendo 64 console and a few of the more memorable games for the system. We came across Goldeneye and decided to play a little. With paintball mode enabled, we set forth fighting alongside the world’s most famous British Secret Agent, James Bond. It was good times, but buy the end of the second level the nostalgia had worn off and watery American beer became the next great distraction.

It was then time for the first barbecue, and away I was whisked on yet another patriotic endeavor. When I arrived, I helped complete a few character’s stories in Soul Calibur 4. Once we had unlocked a few parts and played around in the character creator had come up with a passable Uncle Sam look alike who wielded a hammer the size of a Honda Hybrid. Feasting was had soon after, and before long it was time to return to my domain to watch fireworks and slumber. 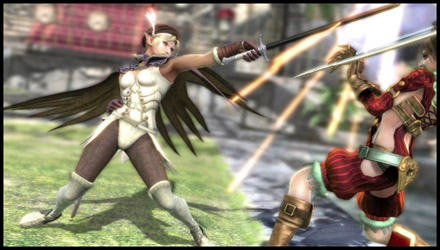 Along the way home I called a buddy who lived halfway across the US, who happened to be playing Fallout 3 at around midnight. Eerie as it might seem, the setting seemed appropriate at this point in history. Once I was home and the fireworks were over, I killed some time playing FO3 myself, and made it to a point to make every patriotic moral choice I was presented. In the end, I felt like I at least found something oddly unifying about gaming all day with friends both online, and in real life to mark any sort of holiday. Like this one time, on St. Patrick’s Day… 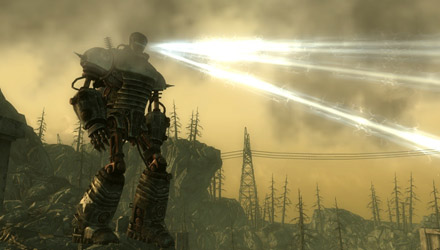 Liberty Prime gets his, you commie scum!