Is Fable 3 a sign of gaming regressing instead of progressing?

Peter Molyneux has always been a bit of a serial fibber, let’s be honest. First he promised us that Fable 3 would be fully compatible with Kinect; it’s not. He also promised that Fable 3 would be an incredible game and a marked improvement on its predecessors. While yes, Fable 3 is an improvement in some regards, I can’t help but feel Lionhead have taken a major step backwards with the series. As enjoyable as the new and improved multiplayer is, the single player campaign is really lacking in almost everything that was promised in my opinion.

Fast forward though to the end of November, when I finally finished Molyneux’s latest jaunt to Albion. I still have a few quests to do, including hunting down a few abusive gnomes and hidden books, but I don’t really have any incentive to do them. I could replay it again and be evil, but it doesn’t really feel as though there is much point aside for purely aesthetic reasons. There is no reward, not even an achievement. Call me an achievement whore for that last statement, but as gamers I do feel we have come to expect the small reward of that little noise and a virtual trophy to satisfy us after completing something big within a game.

My main problem with Fable 3, however, was this; it was over just as I had started to get into it. There was no warning about the end of the game arriving, and once it had finished I was a little too annoyed to actually carry on playing it. A game should not do this. There are usually small indicators that will warn you of the coming end to a game, or even the not so subtle message ‘You cannot go back after this event’. No such thing was indicated to me before it was too late and the credits were rolling. 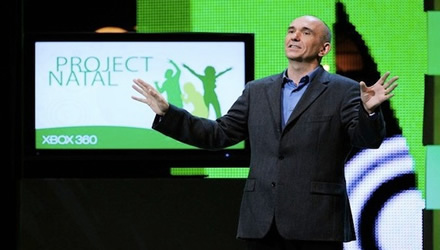 Please learn to practice what you preach.

After this extremely disappointing end, I decided I would pick up Fable 2 again which I never got around to finishing and give it another chance. Within about an hour I realised I was completely confused about what on earth was going on so I had to start again, give myself a clean slate for lack of a better way to put it, and for some reason I am really enjoying the experience this time around. I put this down to me playing the far more simplistic Fable 3 and wanting something more engaging. As much as I did enjoy the latest in the series, I once more found it to be a lacking in substance. For a game that promises difficult moral choices, it treats you like a child with simple black and white decisions. Repetitive fetch quests just bored me to tears and there was no reason for me to be good or bad, I easily acquired guild seals either way. There is no challenge with expressions, and even the health bar has been removed. Most importantly, they removed the highly popular pub games as well. It was like Lionhead had just dunked Fable 2 into a vat of bleach to clean it up and forgot to add any of the important bits back in to create Fable 3.

Is this what sequels are being reduced to, though? Surely stripping away nearly all the mechanics of a game is regression, not progression? Most choices in Fable 3 do not appear to have a happy medium, the final good or evil decision being made at the press of a single button. I didn’t find this in Fable 2. There were so many things that affected my moral standing just in the way I travelled through the world and interacted with people. Nobody ever confronted me with a good or evil choice and even Theresa, your guide through Albion, never appeared to judge you for your choices. 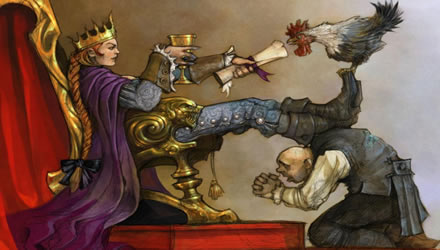 The life of a hero or a tyrant?

I am too often finding myself playing new games, whether they are part of a series or not and just going back to the earlier releases and enjoying them far more. Am I stuck in the past? Maybe, but I simply prefer a bit of a challenge and not a game that will hold my hand and tell me what to do every step of the way.

I really hope that game developers, not just Lionhead, will come to prove this little rant of mine wrong and really strive to improve upon games, not simply take away the things that some players might not like. I know that at the end of the day you can’t keep everybody happy but there must be a way to retain the mechanics that make a series enjoyable whilst improving upon the things that don’t.