Moral choices in games are something that I really like. I’m drawn to games like this like a moth to a flame and I like to be able to choose how aggressive or nice my character is, within each world I enter.

After sampling several games over the years that allow you to do this, I’m starting to wonder if developer’s can ever get this right. It’s not that I don’t get what they’re doing or why they add the systems in, but very few games seem to give me what I want. Critically acclaimed games that are on the market now that have moral choices included, don’t really show the potential of what could be. Let me explain.

The Mass Effect series are games that everyone who I know have loved and played. Within the game they allow you to choose how to react to some of the characters. Depending on your actions, it can alter the way your character interacts with who you are talking to. Overall this does give you a moral choice but towards the end of the game I was disappointed with the eventual outcome. Everything I said or did within the game always came to the same conclusion at the end of each encounter. The only thing it really did was to alter the responses and the options. Being good or bad didn’t actually change anything; I got the same information both ways, and neither way altered the game in the slightest aside from in the dialogue. I’ve come to the conclusion that this wasn’t a real moral choice at all, just a system that posed as one.

It was a clever way to mask linearity by providing two ways of getting to the same result. The only real moral choice in the game was at the end, how you react will then alter the next game, pretty lacking if you really think about it. Some characters will live and die but all the way throughout the storyline nothing actually affects this until the end. A character may reply to your abruptness by being a little disgruntled but in the end you always get the same answer. Occasionally, something does affect the gameplay marginally but nothing major that would make a big impact on the overall game itself. Just in case you are wondering, I wasn’t meaning both games played as a series, just each on their own. I know killing one or two characters in one game means they aren’t in the other, but that’s beside the point. 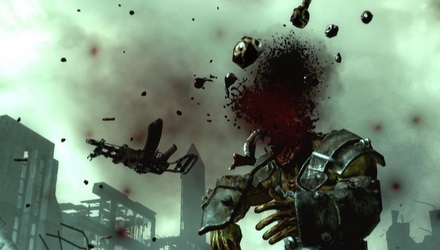 Fallout with its explicitness

The second game I want to look at is Fallout 3. Again if you have played it you will get what I’m on about. At certain times in the game you have to pick one of two sides, by doing this you directly alter the game. Take, for example, the beginning when you have to go to Megaton. When you enter a bar you are approached by a man asking you to blow up the city. You have three choices, you can agree and blow up the town, you can tell him where to get off and never bring the subject up again, or you can choose to tell him to get lost and inform the local law. I played this scenario several times over, just to see what happens if I did different things.

The first time I did it, I told the guy yes and set the nuke ready to blow. I wandered over to Tenpenny Tower and pushed the plunger resulting in destroying the whole town. That’s right, everyone that was in that town was gone forever. The second time I did it, I told him to step off and refused, then I did nothing. All the characters survived and nothing else happened. The third time I did it; I said no and then informed the law. I followed the lawman up to the bar and he confronted the man, a fight broke out and he was shot dead, I killed the assailant and then became a hero, given a place to live by the town folk and approached by the guy’s son to be thanked for avenging his father’s murder. I thought to myself “hang about, let’s replay the third scenario again”. Again I went through the motions and did the same thing again, this time when I went up to the bar and watched the same thing happen again, as soon as the man-made motions to pull out his gun, I hit the vats button and quickly killed him to stop the lawman from leaving his son fatherless. This time I was thanked by a shocked lawman for saving his life and I still I got the reward from the town people. Every single thing I did in this one instance directly altered the game one way or another. If I saved everyone, I still had both Megaton and Tenpenny Towers left in the game. If I chose to get rid of Megaton, it was gone permanently, same with the characters. Still, with all that I could do, I still felt that it was lacking.

Games like Grand Theft Auto allow you to run around with a bazooka killing anyone in sight, the problem being that nothing you do affects the game. There are no consequences for your actions. You die and wake up in a hospital or you get arrested and spawn by the nearest cop-shop. You can choose to not be Ted Bundy, but it makes no difference either way. You decide to sleep with a prostitute afterwards you decide to kill her; you get your money back that’s about it. It’s not really a moral choice because morality is knowing that there are consequences after taking an action, whether it be good or bad. 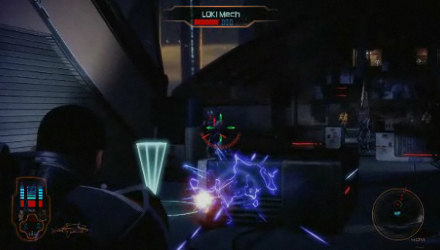 Mass Effect is as linear as they come

What I wanted to be able to do is not just effect a game on a dialogue or on a physical way, but to be able to do both and more. In real life when you talk to someone, if you call them an asshole, chances are they will more likely not talk to you again. If you attack someone they will more likely fight you back and if you kill someone you can’t take that back and will end up arrested serving hard time in a place you wouldn’t really like to go.

The next evolution of moral choice is something that I look forward to. Imagine a game that if you speak to someone in the right way, you get a different response. If you are aggressive then they won’t talk to you and spend the remainder of the game avoiding you like you have bubonic plague. Killing an in-game character will mean they won’t exist and doing so has serious consequences much like in real life. Sleeping with the wrong type of prostitute will make you contract a sexually transmitted disease. Finding a nice woman and marrying her won’t give you a dose of the clap, but choosing to have a baby will also affect the rest of the in-game world. Opting to wipe out a town will mean that other towns will not allow you entry or try to kill you on sight. Every single thing that you do whether it be deciding to do a paper-round or refusing to take on a quest of epic proportions, changes the outcome of a game entirely. Being good or bad in any capacity changes everything that happens to you later on. Obviously there has to be some sort of story, otherwise what’s the point? However, getting through the story won’t be as much of a straight line and will have a lot of choice and variety along the way.

Like real life, things happen that affect the outcome of what choices you have in life, this in turn determines how life will pan out for you. Fate isn’t set in stone and a good game world should always have several ways to accomplish something; each resulting in events panning out differently. I don’t see why things like moral choice in a game can’t directly affect how a story will unfold or if it will at all. Maybe it’s too much of a tall order but game like Fallout are already halfway there, let’s just see who decides to go the whole hog first. As always, I’m sure that some of you will agree and disagree with my views on this, and I’m sure you will let your opinions known.