Completed all the games you own? Done with your second and third playthrough and got every last achievement you’ve strived for? Maybe you’re fed-up after endlessly pointless hours of playing multiplayer? You’ve done all the previously mentioned and have also downloaded all the DLC, latest trailers, and games demos available, and now you’re desperately in need of something new to tide you over until that next big game release?

Well if that case may be, then join me (Andy K) and I’ll guide you through, and point you to, some of the hidden gems and horrid disasters that can be found in the somewhat overlooked section known as Indie games.

On your dashboard, in the game marketplace, in amongst those all new trailers, demos, game DLC etc, you’ll find the section most 360 gamers don’t ever go in… Indie games. In this section are games not made by your big powerhouse publishers like Activison or EA, nor even their best development teams… no-no! These games are made by the young up and coming games designers and tiny new companies who are all desperate to get themselves and their creations noticed.

In here you won’t have to pay the full retail prices for a full game, but you will need to pay a little something to show the developers of these games that you think their product is worth something. For the small price of somewhere between 80 to 240 points, you can find games that you’ll have a ton of fun playing, and some that you won’t. Luckily, you can download a demo for each game, so you can try before deciding if you want to fork out for what’s on offer or not.

The thing is with the Indie games Marketplace, is that there are constantly more and more titles being released on almost a daily basis. So if you miss a day or seven, you can miss out on a game that is truly worth your time. So this is where I’m going to come in each week, and I shall be reviewing the latest batch of Indie releases on the marketplace and giving them my seal of approval, or condemning them into the murky abyss of somewhere I like to call “shit creek”.

So please, read on and see what the indie games have to offer. This week we’re going to start with a few titles that have caught my attention over the last few weeks and months, for the better and worse.

I Maed A Gam3 W1th Zombies 1n 1t!!1
Developer: Ska Studios
Cost To Buy: 80 MS points
Players: 1-4
I Maed A Gam3 W1th Zombies 1n 1t!!1 is the essential indie game classic. A twin stick shooter based around the style of another old 8 bit classic, Smash TV. The gameplay offers a fast paced and hectic mauling, as you are attacked by an ever growing horde of Zombie’s, who are just dying to eat your brains out. As the game progresses the more and more Zombies will spawn at a faster rate, and all you have is the weapon drops around the map to save you. 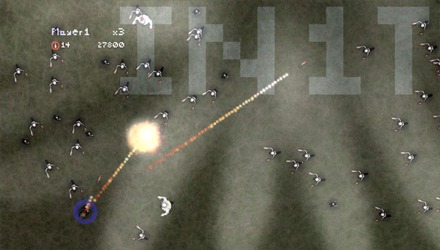 Verdict: Genuine fun that will get your heart racing. It’s foot tapping too, because this game has a quirky and witty soundtrack that helped put this game above all else in its class.

Avatar Avenue
Developer: DigitalDNA
Cost To Buy: 80 MS points
Players: 1
Here is the quintessential example of indie games gone bad. Basically, all this debacle has to offer is the ability to watch randomly generated avatars walking down the “avenue” (across the screen to you and me). What do you get in terms of gameplay? Well you can beep the passing cars horn, change the light to green on the traffic crossing, or you can play God and make it rain. If you buy the full game that is, because the trial only offers the beeping of the car horn. 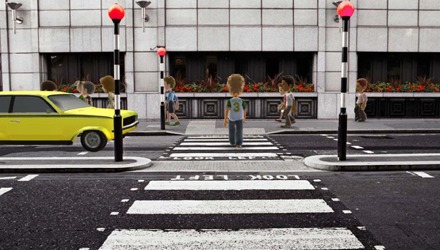 Yawn! A cure for insomnia?

Verdict: You need to have been dropped on your head as a small child to get any form of entertainment out of this. It truly has to be one of the worst indie games made… Ever!

A Perfect Massage
Developer: R3dDr4g0n
Cost To Buy: 80MS points
Players: 1
Technically not a game, more of an aid for the depraved loner who hasn’t felt the touch of another being (I’m including animals in that) for a long long time. Hidden under the guise of a massage experience with your game-pad, all this “game” does is make a vibrator of your controller and it can be used either manually or automatically. Automatically it can be programmed with modes such as tropical, volcano, ocean, and Swedish. However those are in the full game though, and the trial only offers manual control, where you push the right analog stick for smoothness, and the left is for how rough you like it. 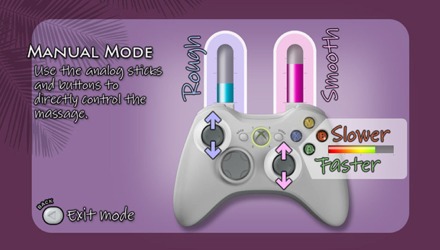 The only thing they forgot were the cigarette for after.

Verdict: There are only a few places one player/person can reach to massage themselves, so we all know the real intention of this “game”. Obviously aimed at the timid lady gamer to scared to venture into Anne Summers, or the sick male gamer who would actually stick his pad where the sun… Never mind. I also hear you can buy attachments off the net for this game, a perfect gift for the truly sick bastard…

Curling 2010
Developer: dadoo Games
Cost To Buy: 240MS points
Players: 1-4 local and online
You read it right, Curling 2010. Hot off the heels of the winter Olympics came this surprisingly fun and technically sound game. Not the coolest sport there is out there, but as a game of strategy and guile, Curling 2010 is up there in the competitive stakes. It’s all about gliding your stones to the right spot, and either landing nearest the centre of the house (as they call it), or blocking off your opponent so you can steal the important points. True curling fans will be glad to know this game has a solid and realistic curl on the stones, and your brushing technique will need to be at its best. 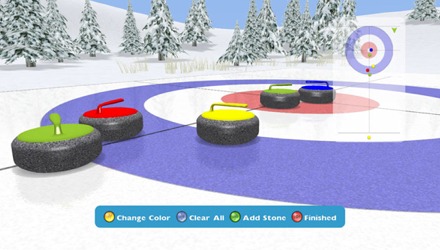 Curling one out has never been more fun.

Verdict: This game is actually very good, and the dev team have nailed the technical side and realism of the sport spot on. It really is enjoyable and fun. Although with no achievements or awards, some may see the 240 points asking price a bit steep.

Angry Barry: President of Butt Kicking
Developer: Arrogancy
Cost To Buy: 240MS points
Players: 1-2 plus co-op
This satirical side scrolling beat-um up is based in alternate universe where you play as Barry, a man out to be President of Butt Kicking. A fun and solid game with some nice moves and combos that keep the game flowing. A funny light-hearted game that offers fun for those with a political sense of humour. 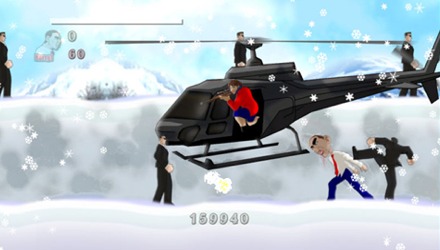 Verdict: A lot of fun and will certainly make you chortle. Good thing they make sure to point out this is set in an alternate universe and not based on any real people, as Barry looks an awful lot like a certain president of a certain country across the pond. Solid gameplay with nice graphics, but overall fun and very funny. I was in stitches from the start, download to find out why for yourself.

The Andy K Say:
These are just a few I picked out that I’ve found fun, amusing, and absurd. The indie game section of the marketplace is full of games just like them, literally hundreds! With more and more coming out each week. My Favourite from the bunch above actually has to be Curling 2010. Get a good game going and it can match the fun and intensity of an actual full price retail sports title.

For the love of God though, stay away from Avatar Avenue. No, actually don’t! Download the trial and see how bad it is for yourselves. I think what I’m trying to say here is hunt about and see what you find, because you will find something you’ll like and want to spend your points on, but also you will come across games so bad you’ll just laugh at them.

If nothing else, come back each week and I’ll tell you what’s hot, and what’s not in the world of Indie games.