The state of being enslaved to a habit or practice or to something that is psychologically or physically habit-forming, as narcotics, to such an extent that its cessation causes severe trauma.

Now I am not the first person to suggest that video games may be addictive, in fact a simple google (or any other good search engine) search will give you hundreds of articles and studies into this very subject. In fact there have been so many in recent years that when the next version of the Diagnostic and Statistical Manual of Mental Disorders (DSM) is published in 2012 video game addiction may well be an actual clinical disease.

So what? I hear you ask. Read on to find out.

There is still a great deal of scepticism about the idea that someone might actually be addicted to video games, the more sceptic of you will no doubt point to the fact that there is no chemical dependency in video games as there is with narcotics and that unlike in the case of gambling there is no real measurable detrimental effect to a gaming addiction. I disagree…

I play games every day. Usually, I stay up quite late in the evening to play them, after my wife has gone to bed. When I do finally go up to bed I often struggle to get to sleep as I am thinking of the player I need to sign in Football Manager, a missed chance in FIFA, a boss battle or a level I can’t get passed (you know you have had the same feeling). I am emotional at work the following day because I have not had a lot of sleep. I get anxious when on family days or in meetings because I am thinking about getting home to play a game, my palms get sweaty just thinking about it. Furthermore at £40-£50 a pop the cost of my addiction is affecting my ability to buy food and clothes, and causes a strain on my marriage.

According to the literal meaning I am an addict! That’s it Step 1 complete.

So assuming video game addiction is passed into the DSM in 18 months time what can we expect? Maybe we will see video game drop-in centres popping up across the country where we can go to play all the latest games and discuss our “problem” with so called experts, (hmm sounds like an arcade with shrinks) Maybe we will see the introduction of video game group therapy – eight to ten of us in a room reminiscing about Double Dragon and having the same old FIFA v PES discussion. Maybe treatment will take the form of a designated XBOX live night for addicts only. (No singing American children allowed) 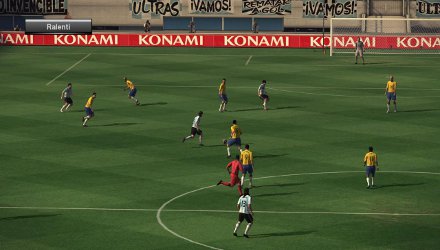 No longer better than FIFA

Now I am a fairly mild case, after all, my wife hasn’t left me…yet. I haven’t been kicked out of my home for failing to pay the rent because I’ve spent it on Ultimate Team player packs so my treatment may be fairly short lived and simple but what if this touchy feely approach doesn’t work? Well then we get to the hard stuff, it is not unheard of that a heroin addict gets medicated morphine or a chain smoker gets nicotine replacement therapy so why should a video game addict not get a new game? After all I will need my shot, otherwise how will I conform to society? We don’t want to see myself and other addicts sitting on street corners begging for cash with our DSi’s or selling stolen jewellery to be able to afford the next version of COD do we? You might even get a regular three day weekend or have Wednesday declared as a gaming day so you didn’t have to go to work.

As yet we have very little in the way of known cases although one young man did kill his mum for refusing to let him play Halo 3 (allegedly) but it is fair to say this is a phenomenon that will grow as MMOs become more diverse and console games appear to be more and more expensive so you need to look for the signs: 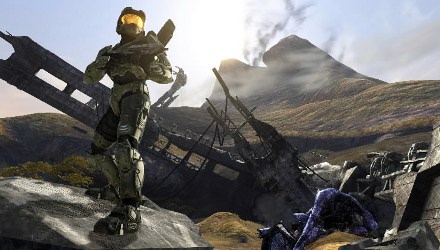 I could go on, but I won’t, as I have spent more than enough time writing this article and, quite frankly, I need a fix!

Although this article was written in a light hearted manner there are those among us who consider video game addiction a very real issue, if anyone is genuinely worried about their gaming habits please visit http://www.olganon.org/