Stood outside a sports centre with friends after attending Taekwondo class, our conversation turned to the weekend and what we would be doing. A nine year old boy was one of our number and, when asked what he would be doing on Saturday, he said with a smile “Sitting on my butt playing Xbox!”

This, of course, made me smile. Gaming is a great hobby that more and more people are getting into, but when I was growing up it was always seen as something of a taboo by the people around me. So now, when I hear things like that it warms my heart and I love the fact that so many people are openly admitting that they get enjoyment from playing.

We asked the boy what he would be playing, and my first thought was Minecraft. I was right, but he also rattled off a few other games he enjoyed before asking “Do you play Call of Duty?”

This gave me pause, but knowing it wasn’t my place to say anything with him on the subject, I didn’t engage. I was then asked if I play Grand Theft Auto. I said yes, quickly followed up with “You don’t do you?” I breathed a sigh of relief when he said no.

The next thing the boy said instantly got me stewing. “My parents have said I can play eighteen rated games when I am twelve.” My mind began to race. I knew there was little point in saying anything to him or the people around me as they wouldn’t understand why I was stressing about it, so I said nothing, but it kept eating away at me. 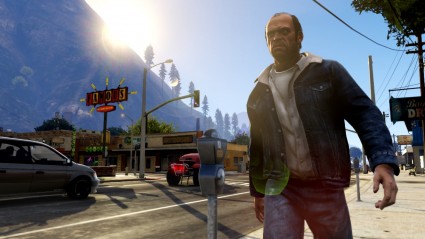 Not appropriate for minors

Over the years, games have come under heavy-fire for their use of violence, and have been linked to various atrocities carried out by clearly mentally unstable people who just happened to play games. While the discussion on whether games need to rely so heavily on any kind of violence is worth having, especially as the medium expands to include different experiences, but that is not what I am here to write about.

The previously stated ‘heavy-fire’ comes from people who say that games shouldn’t depict excessive gore, horror and violent acts at all as they will end up the hands of children, and this is a threat to their well-being. Yet, how do they get into the consoles, PCs and tablets of minors in the first place? The children cannot buy those games, as they either do not have the money or are below the legal age to purchase, so it must be their parents.

In this case, you cannot blame games, developers or publishers. All games released now, especially in retail stores, come with packaging clearly displaying their content and an appropriate age for the person playing. So a game rated 16 (going by UK PEGI ratings) should only be played by people 16 and above.

If a game with that rating is played by someone younger, at some point in the chain a person of said age bought the game and allowed them to play it. Generally, this is the parents who, rather than bother to actually look at the markings on a game box, simply hear the word ‘game’ and think it must be okay for kids.

This is why I have been stewing about my conversation for the last few days. A twelve year old shouldn’t be playing Grand Theft Auto. It is clearly shown as age inappropriate for them on all forms of packaging, but because parents think that gaming is just for kids they buy it blind and allow their children to play, then have a pop at games when they are linked to violent, real life acts. 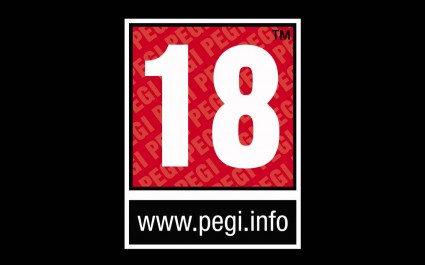 I used to work in a well known games retailer in the UK, and I have never seen a more hateful look from a kid when the following happens: Parent and child walk into store, parent picks up latest copy of GTA, asks me if it is appropriate for their child, who is clearly around ten years old. I explain that no, this game might just scratch ‘okay’ if you turn the sound off completely, make sure the subtitles are off and carefully watch to make sure a gun is never picked up. You are still a one-man crime wave, doing what a crime wave would entail in real life – murder, corruption, drugs, theft and general violence. Parent thinks for a second and then says “Oh, yeah, you’re not having that”. Cue that hateful look from the minor.

However, that was a worryingly rare case. Instead, it was all too frequent that I was ignored and the game was bought anyway. In fact, most walked in, picked up the game, went to the till with kid in tow and, despite the staff having to tell them it is an 18 rated game, bought it anyway, giving it to the child before even leaving the store.

Yet, I have been told constantly that I need to grow up and stop playing, suggesting that games are only for children, even though I play games clearly rated and meant for an adult audience. I can spew forth a list of games appropriate for any age that don’t feel like they are meant only for kids, but rather provide an experience that can be enjoyed by all. Nintendo, for example, are arguably the kings of this, and almost all first party games can be enjoyed by anyone regardless of age.

The problem is that it is seen as cool to play something meant for older people, and kids feel left out if they aren’t able to play what friends are playing. If you consider yourself a responsible parent, however, then you should realise that those games are not appropriate and provide experiences that are just as much of a challenge, just as much fun, are are meant to be played by minors.

People need to stop saying games shouldn’t contain violence. If that was the case, neither should books or film, but you don’t get the same argument for them. If a game is meant to be played by a 16 year old or above, then only a 16 year old or above should play it. It isn’t a hard concept to get your head around: the age restrictions on games are there to protect children from inappropriate content, so don’t let them play them. Choose something different. 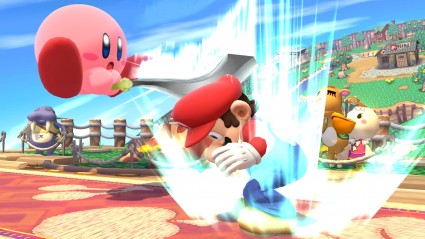 Fun for all the family

If a ten year old wants to play Call of Duty, pick Splatoon (upon release) or Portal. If they want to play Grand Theft Auto, pick Crackdown (still has some violence though so be warned). If you want something to replace the driving sections of GTA, pick Mario Kart. It isn’t hard to find replacements, and though your kid might be a little disappointed, they can still play great games that are appropriate. You can rest easy in the knowledge you are responsible and are teaching what is and isn’t okay in this space.

Of course, I am not currently a parent. My thoughts on this when I become one and my kid gets to the age where this applies might change, but I like to think not. I know enough about about games, and indeed, can read a label to be able to provide great games without compromising what they should and shouldn’t see.

Your child can play safely, but don’t be blind. Pay attention to what they are wanting and simply check if it is okay. It isn’t hard, just read. I can and so can you.