Xbox One versus PlayStation 4: A battle of philosophies or is it all just hot air?

Well here we are post-E3 keynote speeches, and there’s no doubting now that while the hardware may be similar, the approaches of Microsoft and Sony are somewhat different. There’s a fair amount of backlash out there and you may already have read my colleague Matt’s take on the next gen so far, a view which, having scouted “teh Internetz” today seems to be widely shared. In fact, the feedback from the respective speeches yesterday is such that you’d be forgiven for thinking this generation is over before it’s started and that Microsoft is doomed.

So my question then would be, is this really the case and how have we ended up here? On the face of it, this boils down to two very different philosophical approaches…

In a nutshell the philosophies appear to be as follows:

Microsoft: “Let’s target key demographics and monetise the thing to hell and beyond”.

Sony: “We screwed up a little last gen, let’s see what the feedback is from all areas of the gaming community and see what we can do to make the PS4 what they want, rather than what we think they want”.

You may read that statement and think; surely this really is all over. Everyone’s going to buy the PS4 aren’t they? I’m not afraid to say that I would like that to be the case, if only to force Microsoft into a re-think. I’m sure I’m not alone when I say that I don’t want to see them fail completely and drop out of the market as it’s good to have competition and they have done some great things for the gaming industry. I’m not convinced this is what will happen, though.

Looking at this in more depth, on the one hand we have Microsoft, a company that on the face of it is all about number crunching, with the sole interest of how to make as much money as possible, which has led to what appears to be box ticking and not much more. Now don’t get me wrong, everyone in the games industry is there to make money, please stockholders (should they have them…) and so on, and if they say otherwise, they’re lying. None of Sony’s approach would exist if they didn’t think it would pull in a profit either, but in MS we have a company who led out with a huge announcement about TV, Kinect, COD, FIFA, and a new strategic partnership with EA.

There’s nothing there that I would imagine most core gamers are going to get all that excited about, but we have TV (appeals to most people), Kinect (because Kinect on 360 sold like hotcakes and MS seem oblivious to the fact it failed to deliver on its promise in the end), and we have COD and FIFA, undeniably the two biggest game franchises out there. 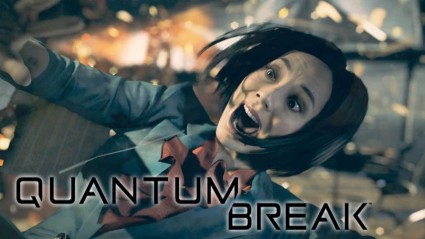 It’s not all about COD and FIFA, although I’m not entirely sure what Quantum Break is about! She seems upset about something though…

Then we have the information that slowly came out afterwards… Publishers control used games and sharing of games (the latter of which can only be done once); you can only trade at specific shops; Kinect has to be connected or the Xbox One won’t work (although it can be shut down apparently); you have to connect to the Internet at least once every 24 hours or you can’t play games.

Take a look back through that list and there is nothing here that’s for the benefit of the gamer at all, no matter what spin you put on it. That’s not to say it’ll impact your enjoyment of anything you play, of course it won’t (assuming you have a reasonably stable Internet connection and don’t move house anyway), but this whole setup is designed to take away ownership of your games and allow publishers to make more money out of you.

It also screams: you are not to be trusted. Why else would you have to connect to the Internet? That is purely there to make sure you aren’t playing a game that you’ve sold. I have no issue with that in itself, in fact it makes perfect sense that you can’t play something you no longer own, and that’s how it’s always been; but then wouldn’t it be better, not to mention easier to implement, to just tie that to the disc?

This can only mean one thing; these systems are not designed for gamers; they’re designed with dollar signs firmly in sight. It’s no surprise that EA are well on board here with MS either, or that they have suddenly decided to do away with the online pass with an announcement cunningly timed before any of the DRM information came out. For five minutes it looked like EA had actually listened to consumers too. Of course, now they’re in bed with MS more than Sony, that pass has become less important. On Xbox One they have full control of their games and what you do when you’re done with them. 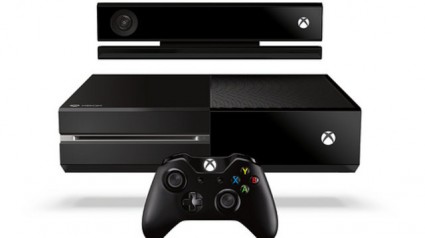 Xbox One. Ticking corporate boxes since, well, not yet obviously since it isn’t out…

On the other hand, we have Sony. Now here’s a company who was really rather arrogant when releasing the PS3 (“you’ll buy it at £425 because it’s the best console” anyone? Sound familiar?!), and although they caught up in the end, it’s fair to say they’ve had a bit of a rough ride this generation, and largely it’s been deserved. Sony’s reveal, while not exactly mind-blowing, made some very different statements.

First off, they realised their errors with the PS3 and have tried to address them, particular with ease of development, but we now also know in terms of release price (£425 was, and still is, too much for a console, and before anyone says anything it’s too much for a tablet or smartphone as well…). They continually give out the message that it’s first and foremost a games console, and they are also doing everything they can to make it accessible for smaller developers and indies.

Just a day ago, their E3 presentation was laser-targeted at MS, with the announcement that no Internet connection is required, and you can do what you want with your games, not to mention the plethora of Indie titles on show. It’s crazy to think that basically all they had to do is make PS4 essentially a PC so it’s easier to develop on, and say “otherwise, we’re pretty much keeping things the same because that’s what you want”. This is now some huge deal and Sony is the saviour of the gaming world. It shouldn’t even be a talking point, frankly, but here we are. 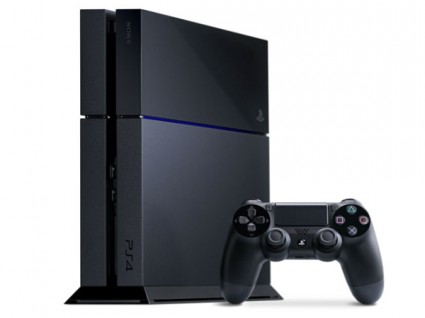 What you’ve all been waiting for, a picture of the PS4 hardware. Yay, another black plastic box! Didn’t see that coming…

Right now the Sony big bods must be slapping each other on the back and breaking out some fat Cuban cigars, but despite it all, there is some method to Microsoft’s madness. Sure, they’ve probably annoyed, if not outright put off the majority of core gamers out there (including me!), the vocal people on the forums and so on, but there are hundreds of millions of gamers in the world now, so really the annoyed but vocal people are the minority.

There are still a lot of people out there who aren’t too tech savvy, probably aren’t interested in the fine print, and just see a box with exclusive FIFA content that’s also getting the COD and Battlefield map packs first. We’re not talking a small number of people here: FIFA 13 had sold 14.5 million copies by May, and COD: Black Ops II made a cool billion dollars in its first two weeks, not to mention that Halo and Forza are also huge and have a pretty dedicated following that’s unlikely to just go away.

Then there are also those who really aren’t particularly bothered about the new rules that MS are applying. I know a number of people who simply don’t sell games anyway, so there’s no problem. For MS this isn’t about appealing to a particular group, they just want to make money and shift units, and for them this approach is as valid as any other, so what if some gamers are online spouting vitriol.

I think we’ll see the PS4 blast out of the blocks faster than the Xbox One purely due to the core gamers out there who tend to be the early adopters, but don’t write the Xbox One off yet. Microsoft’s rather cynical approach may still pay off in the long run.