I remember when I first played Gone Home. I spent my time expecting something to jump out of the shadows and scare the pants off me. When I discovered it wasn’t that kind of experience, despite the dark sense of foreboding, I felt a mixture of relief and disappointment.

This experience I wanted may soon be available however, thanks to Lilith Ltd who have recently launched a Kickstarter campaign to develop Allison Road, which they describe as ‘a narrative-driven survival-horror game developed by entertainment industry veterans and life-long game enthusiasts’. It is envisaged that Allison Road will offer a Gone Home type of experience, but combined with the horror elements that made P.T. a crowd favourite.

The premise of Allison Road is nothing new. You wake in the middle of the night to strange happenings, with no memory of anything that has occurred before. What the developers promise is an adventure that gets increasingly hellish as you try to deduce exactly what is going on. Throw in planned Oculus Rift support, and it’s shaping up to be quite a pant-wetting experience. 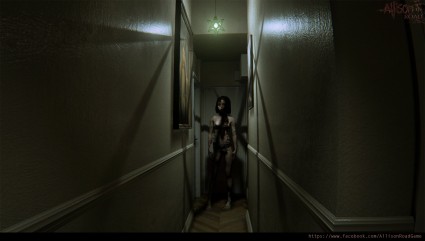 This way to the bathroom? On second thoughts I can hold on for a bit longer.

At the time of writing, the Allison Road campaign has raised over £44,000 of its £250,000 goal, with 29 days to go. More information on the campaign can be found on the projects Kickstarter page, including a 13-minute gameplay prototype video. Release on both PC and consoles is planned towards the end of 2016.

So, if sitting in a darkened room, bathed in panicked sweat sounds like a good night in, then this may be just the thing you need. From first impressions it could be well worth checking out.