As the Golden Joystick Awards take place today, we thought it would be a great idea to introduce you to one of the nominated games that you might not be too familiar with.

Crusader Kings II has been nominated for Best Strategy Game at the Golden Joystick Awards and, if the idea of creating a dynasty to rule a kingdom, this might be the game for you.

To celebrate the new release of the expansion pack, Legacy of Rome,which will focus on the Byzantine Empire (the Greek continuation of the Roman Empire) as well as on the Orthodox Church, we are delighted to offer you the chance to win one of ten Steam codes for the nominated base game Crusader Kings II. 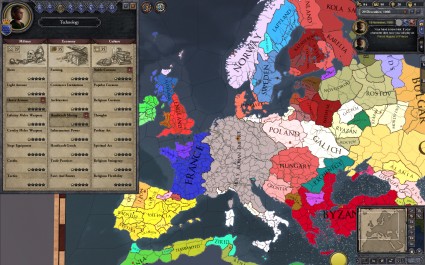 Do you have what it takes to become a Crusader King?

Crusader Kings II allows you to:

You can of course find much more info on the game and other Paradox titles over at Paradox Plaza.