League of Legends – ‘Most Played Video Game in the World’

Two things have happened that I never thought would;

Well, when an online game is ‘bigger than World of Warcraft’, I guess it’s time for even the most disinterested to have a look.

A disclaimer right off the bat. I have never played League of Legends. Probably never will. Still, as the introduction explains at, this isn’t about me, this is about the huge numbers that Riot Games published yesterday.

The biggest and most eye-catching being that League of Legends (LoL) now has 32 million active users every month. Compared to World of Warcraft’s 12 million, this is staggering. The statistics released also show that over a billion hours are played every month, confirming what we already knew, that these LoL players are ‘hardcore’. 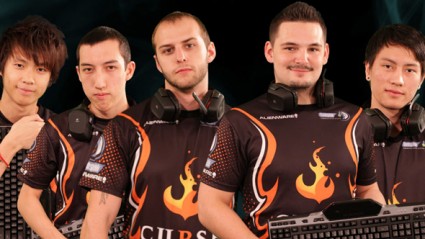 Hard to the core.

Probably one of the main reasons why I’ve been too scared to jump into LoL is this overly competitive and ‘hardcore’ user base. Stories of ‘n00bs’ getting yelled at are a dime a dozen. If I wanted to get shouted at, I’d *insert your own punchline here*. Perhaps the fact that 90% of players are male and 85% are aged 16-30 explains this. Sexist and ageist in one sentence? Not too shabby…

Whatever my reasons are for not caring about the game, it’s becoming increasingly difficult to ignore. I expect LoL to continue making news and its ‘professional’ players to continue making insane amounts of money at tournaments for some time.

Have a look at the infographic yourself and tell us what conclusions you make.

The numbers don't lie (and they're laid out nicely).