Hey folks, it’s been a while but we’re bringing back our monthly team articles, starting with what’s keeping our joypads, keyboards, mice and fingers busy at the moment. Read on to find out…

Hacknet is taking up most of my time at the moment. Created by a small team from Adelaide in Australia and released on Steam only a few short weeks ago, Hacknet is all about puzzle-solving, hacking and investigation. It starts out relatively simply and steadily ramps up in intensity, throwing down a number of spinners along the way. It’s also supremely unique in that it’s largely text-based, requiring you to recall specific commands and programs used to unlock specific ports to gain access to a system.

It has a killer story to back it up, one that plays well into the theme of cyber security and its moral place in society. Contracts you accept from hacker factions are quite varied thematically, although they all have a similar overview: hack the machine, find the information, do something with the information. It works, though. Not once was I bored throughout my 13-hour playthrough, and I’ve already started another game. It’s definitely worth a look. 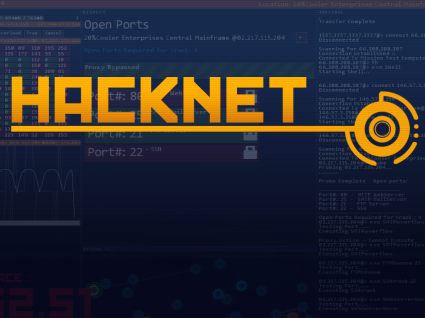 We in no way condone hacking, unless it’s actually a game, and good fun…

I’ve nearly completed my first playthrough of Until Dawn – and I’m loving it. The concept is interesting, where each decision and quick time event can have far-reaching consequences on who lives and dies. The story ticks all the boxes when it comes to the traditional teen slasher tropes, keeping you intrigued without seeming too corny. There are some genuine scary moments, not to mention the obligatory jump scares. I’m looking forward to more playthroughs where I can explore the different story branches.

Xenoblade Chronicles on the 3DS is taking up my time when I’m away from my PS4. It’s a huge world and story, although it does feel a bit cramped on the standard-sized 3DS – the XL may make for a better experience. Despite this, I’m thoroughly enjoying it.

I’m still yet to get into Fallout Shelter, despite it sitting on my phone for the last couple of weeks. Apparently it’s a pretty good time waster – I just now need the spare time to waste. 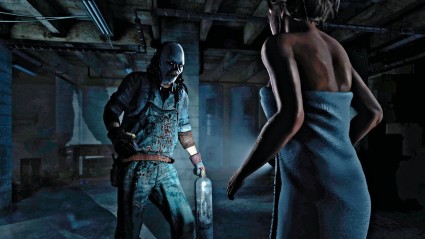 Until Dawn knows its genre; this picture alone could be used for horror genre bingo

For some reason I have ended up back into Destiny, playing it at every opportunity while Arkham Knight sits unfinished. The Dark Knight’s latest just didn’t seem to grab me and I always felt I left something unfinished in Destiny.

Now I am level 32, have a Gjallarhorn and I am gearing up, baby permitting, for The Taken King expansion next month. I think that will be a birthday present to myself. I also cannot wait for Dinklebot to be dropped in favour of… ‘Northoid’? I am not good with names. 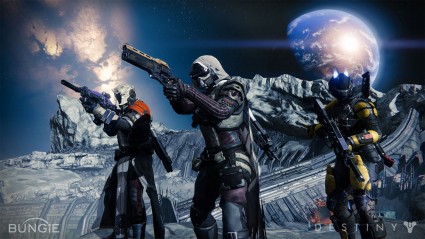 Dan’s Destiny seems to be truly tied into this game and its DLC. Yeah, terrible I know…

I’m playing a couple of games at the moment. Firstly, I’m working my way through Rare Replay which has to be one of the best value purchases of the year. So many great games from the past, I’m especially enjoying re-connecting with Jet Force Gemini.

Secondly I’m revisiting Fallout New Vegas to get myself ready for the upcoming Fallout 4. I skimped on this game when it was first released because of the huge amount of bugs, but now I’m really having a great time. I’ve also gone through Fallout 3 again, this time concentrating on visiting places that I missed the first few times I played through. It’s just incredible how much they managed to fit into these games. I’m also playing some of the recently released Call of Duty beta on the PS4; it’s an interesting progression for the series and plays much closer to the faster pace of Titanfall than the previous entries in the series. 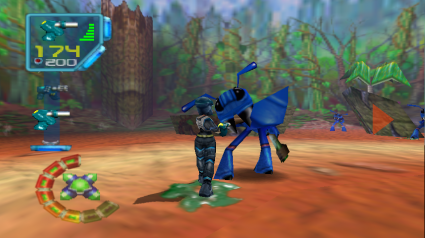 Rare may not have shown their best in recent years, but Rare Replay is a great reminder of their real talent

Due to travelling a lot recently and also moving house, I’ve not had much time to spend on the home consoles, so my PS Vita has been getting a lot of love. I picked up Resistance: Burning Skies in a recent sale, and quickly blasted through that. I know what the reviews said when it came out so I wasn’t expecting a huge amount, and wasn’t disappointed! It’s okay for a quick blast, but now completed, the only thing left is to get the platinum trophy and I expect it’ll be deleted after that never to be played again. Unfortunately there’s an online trophy and I can’t even find three other people with which to get that though! First world problems…

I also downloaded Sound Shapes whilst offered as part of the PS Plus IGC, and I’m loving that. I play the piano and violin so music’s always been a big part of my life, and anything that fuses it with gaming is a good thing, especially when done this well! Another that I may well aim for platinum glory on, although those ‘death mode’ levels certainly live up to their name… 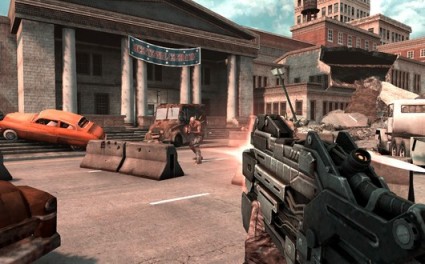 Come on, someone out there must be up for one online match! Anyone?!

It’s been sat on my hard drive mocking me for a few weeks now, and whilst I still haven’t really got the time to give it all the attention it deserves, I’ve finally delved into The Witcher 3 for the first time.

I try to not let myself get swept away by hype, although it was somewhat difficult in this case considering it has received so much unanimous praise since release. Now I can understand why. Whilst wandering into the lush forests choked with trees and foliage blowing violently in the wind, with blinding golden sun-shafts piercing through the overhead branches and wildlife frolicking around, I had a moment. A moment that’s usually reserved for playing Elder Scrolls games for the first time, where my jaw doesn’t just hit the floor but crashes through the foundations of my house. I have not been so stunned by a game world in a long time, and I can’t wait to spend more time in it. 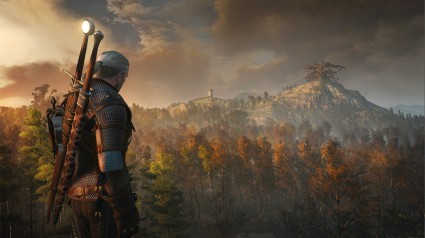 Just look at it. What a game.