Wow. We all saw it coming, didn’t we? SimCity (the new one) requires an ‘always-on’ internet connection for you to even be able to play the game. Take a guess at what’s happened. Now times that guess by ten and you’ll be close to just how bad this launch has gone.

Not since the days of Diablo 3 has a game suffered so much from not being able to connect to a server.

In SimCity‘s defence, it seems that the need for an internet connection is somewhat intrinsic to the game as a whole. For better or worse, the new SimCity has you playing as a ruler of a city within a region. Regions contain other cities that are controlled by other people, with the idea being that the cities can work together in a mutually beneficial way.

‘City A’, for example, could have a load of ‘spare’ electricity that gets sold to ‘City B’. Meanwhile, ‘City B’ is shipping ‘City A’ some extra iron.

What I’m getting at is that the requirement for this ‘always-on’ connection isn’t as simple or plainly gross as Diablo 3’s ‘we want you to use real money in our market place, so we need you to be online’.

With the launch of the game, what followed was clear to see. Following the long awaited return of a beloved franchise, people were keen to jump into SimCity and start building. Too keen, it would appear. 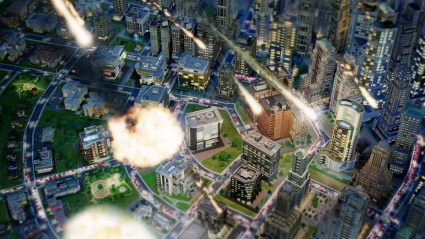 An actual photo of EA’s servers.

Servers have been on and off since launch, with most players failing to connect. This has led to a whole host of seemingly ridiculous ways to solve the issue and a whole lot of ridicule. Statements from Maxis, posted on the SimCity Facebook page, have read;

“We are aggressively undergoing maintenance on the servers and adding capacity to meet demand. Performance will fluctuate during this process. Our fans are important to us, and we thank you for your continued patience.”

It’s not just the game’s features that are getting reduced, it’s the game’s review scores. In a somewhat controversial move, Polygon went and retro-actively reduced their score of the game.

Maxis are truly desperate to get this thing working, even going as far to remove “non-essential” gameplay features. One of which is the ability to speed up the game. 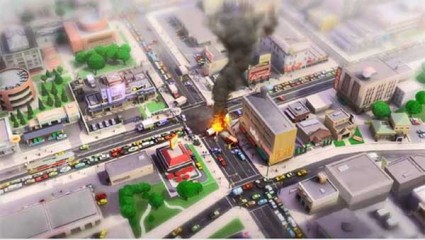 SimCity, like the games that have come before it, allowed the user to run their city at tortoise, llama or cheetah speeds. Pretty useful, as waiting around for resources to come in or buildings to go up can be a bit of a drag. It seems that the fastest speed was proving too difficult for their servers to handle so it’s been removed for the time being.

This whole thing has left a very nasty taste in the  mouth of gamers. It wasn’t long ago we were all excited about the possibility of streaming our games onto our PS4, but now we’ve got a stark reminder of what a reliance on the internet and a company’s server can bring.

If Amazon won’t sell it, at least you’ve got Origin…

SimCity is hardly the first game to have internet connection related launch issues, but the reason this has irked many is because of the nature of the game. It’s SimCity! Does it even need a multi-player element? Does it really need you to be online?

EA has decided the answer’s yes. Which only raises further questions.

This is my Joystick hasn’t yet reviewed Sim City. For an honest review, I recommend Jonathan Cresswell’s well-written analysis.