Major Nelson announced yet another sale on Xbox Live which will run from Tuesday, 26th March until 2nd April for both Xbox Live Silver and Gold members.

Skyrim’s Dragonborn expansion will be the most tempting offering for many at a mouth-watering 800 points, whilst the entirety of the Walking Dead XBLA series on sale means that nobody has an excuse to have not played this fantastic series.

Sure, there is a strong argument that this is yet another Microsoft sale to try and condition Xbox Live users to the notion of buying more games and DLC digitally, before the next-gen console arrives. Nonetheless, there are a few cracking deals to keep you playing through the spring snow! 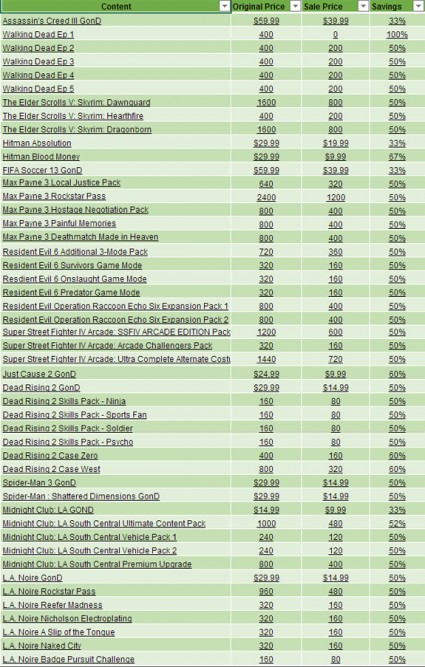 Let’s shift some units before you-know-what…

The cynic in me also wonders if the next console won’t be backwards-compatible and that this is the reason for so many reductions, but this is pure speculation on my part. It’s probably just a simple distraction technique to keep us all happy and gaming until the new exciting stuff comes our way.

Maybe I should stop being so paranoid and simply make the most of the latest offers, but what about you? Will you be buying anything from the sale? Or are you waiting for something else to be reduced? Let us know by commenting below.