The spiritual successor to the Banjo-Kazooie series has become one of the fastest selling games on Kickstarter, reaching its initial goal of £175,000 in less than forty minutes and already just shy of £1.4 million at the time of writing. With only a measly 42 days to go before the Kickstarter ends, Playtonic Gamesmay need to get creative with some extra stretch goals. Yooka-Laylee is a project that Playtonic Games have been developing for just over three months. In that time they have been working behind the scenes on a hotly anticipated project which harks back to the glory days of the N64under the pseudonym ‘Project Ukulele’ (apparently they weren’t trying to hide what they wanted to call it). 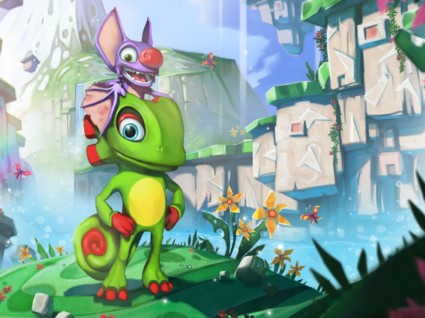 Why have gamers the world over emptied their collective coin purses over a cutesy, colourful platformer? Because Playtonic Games’ founders were behind some of the most beloved Nintendo IP’s of the late 90’s –namely Donkey Kong Country and Banjo Kazooie. The core team at Playtonic Gamesconsists of 6 Rarealumni who were responsible for some of the company’s most iconic works. Most notably part of the project are Chris Sutherland, Project Director and original voice of the Banjo–Kazooie pair; and Steve Mayles, Character Art Director who designed some of the most recognisable heroes of the N64 era. The characters Yooka and Laylee will be instantly familiar with anyone aware of Steve Mayles’ previous work creating the Banjo-Kazooie duo, and the demo footage of the lizard-bat combo in action shows that they share all but name with their older counterparts (you can rely on Laylee being just as sassy as her predecessor, Kazooie, that’s for sure). 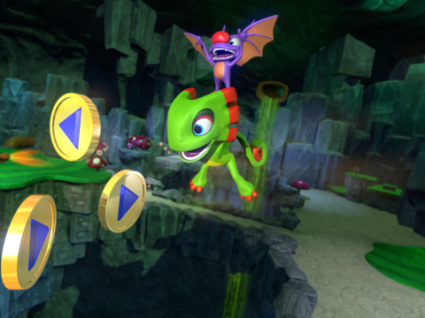 Hopefully we’ll see a return to the glory days of 3D platforming.

In an interview with The Guardian Studio Head at Playtonic Games, Gavin Price, spoke of the overwhelming response to the project. “We’ve not really slept much in the last few days. With £175,000 we knew we could definitely launch on PC and then follow up on console, using the funds from initial sales to keep us going.” When the Kickstarter project reached its stretch goal of £1,000,000, however, Playtonic Games had the resources available to release the game on all three major consoles alongside the PC, Mac and Linux versions. “All our fans wanted a console version – so that was very important. The whole campaign has been based on feedback from the community.” 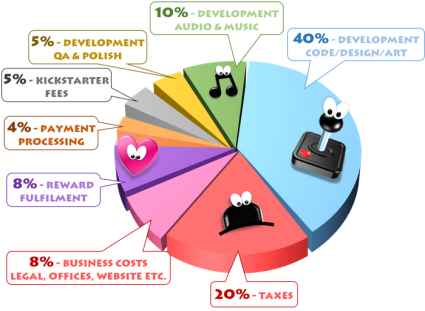 Kickstarter Projects can be notorious for not knowing what to do with a load of money once they get it. Playtonic Games look like they have it figured out.

The 3D platformer will be funded on June 17th 2015 and it’s expected to be released in October 2016, giving ample time for potential backers to unload themselves from their burdening cash. You can visit the Kickstarter Page here for more information, as well as check out some of the rewards that are still on offer. Sources: The Guardian Kickstarter