What’s the first thing you do after being away for a few days? If I was to take a guess, you’re like me and crawl into the warm comfort of your very own bed, pull the covers up and drift off into a nice slumber – safe in the knowledge that this is the bed that had been calling to you all weekend.

Dark Souls III is much like that bed after a few days away. It provides the safe, warm comfort of pitch-perfect gameplay and challenge the series is known for. This time round there are a few changes thrown into the mix, as well as it being a breathtaking visual feast.

Set in the kingdom of Lothric, Dark Souls III represents a somewhat faster pace than previous entries, especially in terms of moving and fighting. This was no doubt informed by From Software’s previous game, Bloodborne. I missed that game, but did play Dark Souls II on PS4, and some of the changes from that are… strange.

For example, the mechanic where enemies stop showing up after a few deaths is completely gone. No matter how many times you run through an area after dying (and yes, you will do that a lot – this is a Souls game), enemies never stop respawning. 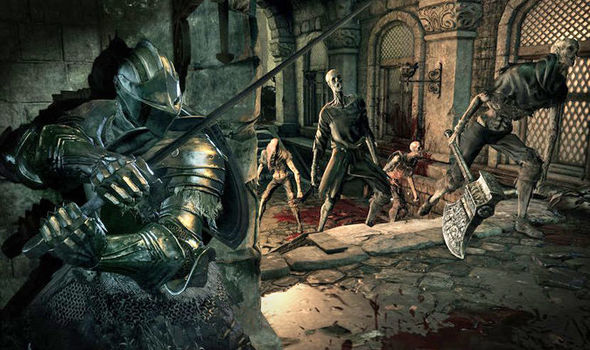 I can farm these guys for hours…

Whilst I can see both sides of the argument here, I have to follow my gut: this is a bad thing. While yes, more things to fight in a game with such pitch-perfect combat is not a bad idea, it does mean you can get stuck into sections, just running round doing the same thing over and over again.

The nature of the combat means that this is fun every time, but it does not provide any incentive to move on. It also means that at least one large section per area is ripe for farming souls. I got stuck in an early area for well over five hours just fighting the same enemies, not moving on to see new bosses.

Dark Souls III does provide the freedom to go about your business in that way and really learn an area before you do in fact force yourself to move on, but you’re the one that has do it. The Souls games have never been about hand-holding; you are given a set of nebulous rules and told to work everything else out. Nevertheless, this feels like a wasted opportunity to tempt exploration and get the player to discover more secrets first time through.

Besides the pace and lack of reasons to persist, not much else has changed. The only difference from Dark Souls II is how the hollowing mechanic has been implemented. In that game, being hollowed slowly lowered your maximum health each time you met your end, down to a maximum of half. This gave some real consequence to each death, making things that little bit harder each time.

While hollowing is still a mechanic in Dark Souls III, it has very little effect on gameplay, save for opening/closing certain quest lines. Some might welcome the change and others hate it, but for me it was just one more thing to keep track of and try to find a solution to in the previous game – one that was pretty easily solved too. Its absence here just makes everything that little bit more focused.

So aside from the setting, pacing and not having your health lowered upon death, what has changed? Not much, to be honest. If you loved the previous games, then Dark Souls III is that all over again, and this is no bad thing. What’s more, if you haven’t partaken before then now is the perfect time to jump in.

It is a master-work of gameplay that forces you to, quite simply, pay attention. There is no such thing as cannon fodder enemies here. Each and every one, no matter how small they might look, is actively trying to kill you – and will, given half a chance.

Dark Souls III always provides you with the ability to prevent this, though; you just have to figure out how to do it. A well-timed dodge or roll and quick counter will dispatch many quickly, with harder enemies requiring the use of other weapons/magic in your arsenal to take down.

Various merchants will appear to help you with acquiring new weapons and powers, while those massive, powerful bosses provide large souls that will net you even better gear if your character is built to use it. These look seriously cool and vary each time with some real stand-outs (which I won’t spoil here) in terms of visual design. 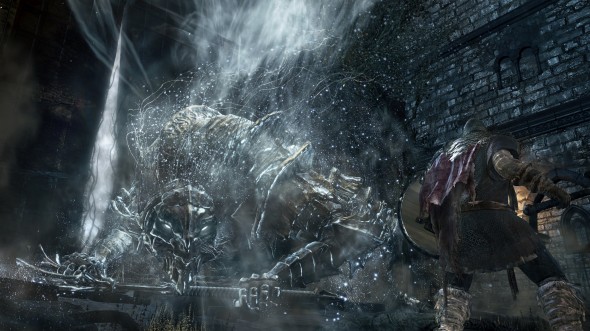 I played as a pyromancer and had an absolute blast (pun intended) throwing fireballs and playing around with the other magic at my disposal, while shredding dudes with – for a surprising amount of time – my starting axe. Of course, I found a new weapon, but I kinda loved the fact that I could compete so well for so long with that humble thing.

It took me all of about five minutes to get back into the Souls mindset, even after not playing Dark Souls II for several months. It just felt right, and I knew where to be cautious and how to figure out my opponent’s attacks. I ran through those starting areas for hours and every time I felt like I had it down, I made one silly mistake and lost thousands of souls (the currency, for the uninitiated), because I was still underestimating basic enemies.

Dark Souls III looks and sounds brilliant, with every noise potentially signalling a death-dealing foe or trap around the next corner. Spectacular views as you emerge from seemingly mundane doorways show the visual bump the series has had even since its current-generation debut last year. The animation is just as smooth as in previous games too, helping you to determine when is best to hit the attack button and when to dodge incoming attacks.

All of the elements of a true Dark Souls game are here: ambient storytelling, powerful enemies, cool bosses, a real sense of world-building and of course, fantastic gameplay.

My only issues are niggles at best that do nothing to distract from playing a brilliant game. As always with Souls games it’s not too hard, just demanding and fair, providing hours of enjoyment even without moving to a new area.

It’s a great starting point for series newcomers as the story is pretty self-contained in each entry, and the lessons learned over four previous games have been refined to a T here. If you don’t like the Dark Souls games then it likely won’t change your mind, but everyone else will be in their element.