The Crew was a slightly odd proposition, taking Ubisoft’s Assassin’s Creed and Far Cry open-world formula and applying it to a driving game. Now with Wild Run, we’ve got a number of additions that add both graphical touches and a few changes to the existing formula in the guise of The Summit.

Does it hit its peak, or is it running on fumes?I didn’t take the plunge on The Crew when it initially came out. It sounded to me like an interesting idea, but with a number of features shoe-horned into the Ubisoft open-world for no other reason than that’s how they roll at the moment, I didn’t really see it working. Matt Best reviewed it for TIMJ, and enjoyed it but also wasn’t quite able to give it a full recommendation.

With Wild Run though, Ubisoft have continued their support as Matt suggested they would, and there’s little doubt it’s a positive update, providing more variety, as well as more vehicles, including the addition of motorbikes and monster trucks, and apparently a number of changes to handling (N.B. I can’t comment on the latter, having not played the pre-Wild Run release).

As the biggest addition is The Summit event, let’s go over that first. In this, there are three events to take part in: a Monster Truck event where you try to get as many points as possible by getting air from jumps and collecting tokens with differing values, a Drag event, and Drift. 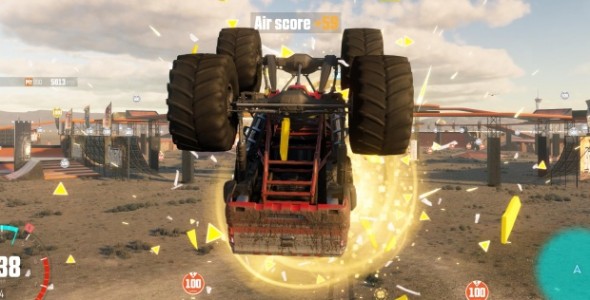 What’s that coming over the hill, is it a monster truck?

These are mixed in terms of enjoyment. My favourite was the Monster Truck event, where trying to plot a course round the arena to maximise points is great fun, and requires some practice and skill with the monster trucks as they bounce around the courses. It’s also where Wild Run deviates the most from the main release and so more than the other events is a welcome change of pace.

Drift also requires a good amount of practice and is enjoyable enough once you get the hang of it, although handling could do with a bit more weight and feedback; I feel Driveclub did a better job of this overall. It just feels a little too light and over-responsive at times, without that sense of whether the tyres are gripping. Sure, it’s a more arcadey title than Driveclub, so handling is going to be more this way inclined, but for Drift it would’ve been nice to see things tightened up just a little more.

The last category, Drag, is the weakest of the three. It’s all about timing your acceleration, boost and gear changes right, so is technically interesting, but just not all that engaging in game form sadly. Credit to Ubisoft for including it as an area of motorsport not often covered in the world of gaming, and it’s not bad, just not great either. 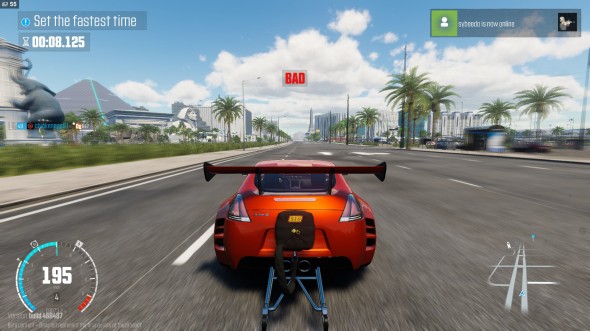 The weather effects are a nice touch, and I could notice a slight difference in handling on wet surfaces as opposed to dry, but again unfortunately I must compare to Driveclub here. It’s brave to have included weather in The Crew given its scale, and undoubtedly because of that scale it can’t compare, but while credit is due and the effects are a decent addition, Driveclub‘s weather additions were nothing short of breathtaking.

This extends to graphics in a wider context. The Crew doesn’t really look like a PS4 title, even with improvements in Wild Run. This doesn’t detract all that much from the experience, and I’ve not noticed any particular issues such as screen tear or latency – aside from the online element which I will come back to – but it has to be said that it looks like an early PS3 title.

The final addition worth mentioning is the inclusion of bikes. These offer a change from all the cars, and handle sufficiently different to be a worthwhile addition, but from a personal standpoint I’m more of a four wheels guy. If you like your motorised speed in two-wheeled form though, there are a wide range of bikes to add to your collection. 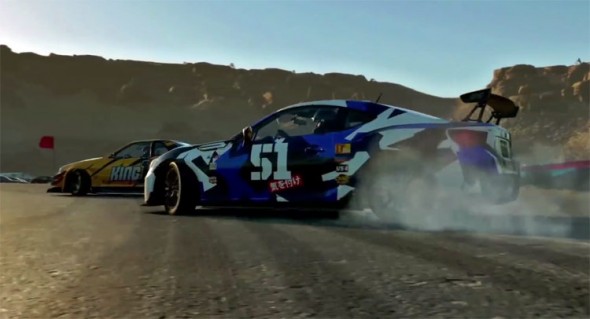 This part of the game takes some skill, if you catch my drift…

Just above, I mentioned playing online. The Crew is one of those titles that requires to be online, and so, similarly to titles such as Need for Speed: Rivals (although that did not require you to be online), you’ll always see other players sharing the map with you. If like me your internet connection is not exactly fast, this at times results in cars disappearing and re-appearing due to latency, or more annoyingly still, I actually had a number of occasions where I was unable to play at all as I couldn’t get online.

I understand that a big part of the title is building up your crew to take on challenges together, but having largely played on my own, I would say The Crew also works perfectly as a single-player title so this online requirement just should not be there. It also seems to impact the speed of transition on the world map, going back into the game, which can be incredibly slow at times. That’s perhaps a little unfair given the scale of the world, but was a little frustrating.

The Crew: Wild Run is a fairly decent addition to an already decent title. There’s a generous amount of content here, on top of the free update that upgraded the graphics and made other tweaks, so if you enjoyed The Crew, it’s worth a punt. That said, while there’s a huge amount to do and the world is impressive, some of the new content isn’t really all that engaging. The graphical improvements are all well and good but still don’t make it look like a proper PS4 title, the always-online nature is frustrating and, ultimately, the comparison to titles such as Driveclub,don’t work in its favour.