The Vanishing of Ethan Carter

I’ve never been one to subscribe to the whole ‘video games as art’ argument. I consider it an attempt to unnecessarily legitimise our pastime to the wider community. Like any other media, games can leave us spellbound with an engaging story, breathless with stunning visuals, or riding the rollercoaster of emotions experienced by its characters. Sometimes they can leave us saying ‘I have no idea what I just experienced, but bloody hell it was awesome’. The Vanishing of Ethan Carter definitely falls in the latter category.

So many words can be used to describe the recent PS4 release of the PC hit. Stunning, confusing, tranquil, scary, and open, just to name a few. Throughout my brief time with The Vanishing of Ethan Carter I never lost my sense of wonder. I often felt I was on the cusp of knowing exactly what was going on, only to find something around the corner to remind me that I had no idea. 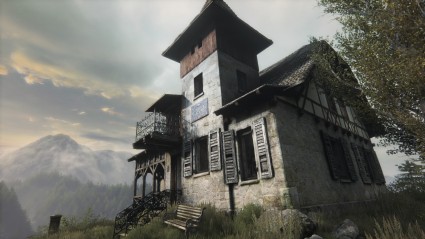 A lone house on a hill? Nope, nothing daunting about that at all

You are given very little detail of your story in the early stages. You are a paranormal investigator named Paul Prospero, who travels to Red Creek Valley after a series of letters with a young Ethan Carter. When you arrive you find the town deserted, with only whispers from the past to help you piece together what has transpired. I’m not going into further details, as it is the sense of discovery, and your tenuous grip on the story, which make The Vanishing of Ethan Carter so compelling. Reaching the final conclusion not only ties all the pieces together, it sits you back as you say ‘well I never saw that coming’.

Initially you are told: ‘This game is a narrative experience that does not hold your hand’, and that is certainly the case. The beautiful world is yours to explore, with no mission markers nor hints on what to do next. Despite the lack of overt indications of where to go, it is a marvel of game design. I often felt my eye drawn in a particular direction, ‘funneling’ me along the right path. This wasn’t the style of experience you would get in a tunnel shooter; it was a much more organic and natural feeling. You’re free to go wherever you want, but you can’t help but feel yourself gravitating in a particular direction. Sometimes Paul’s haunting voiceover is the only indication that you are proceeding down the right path. 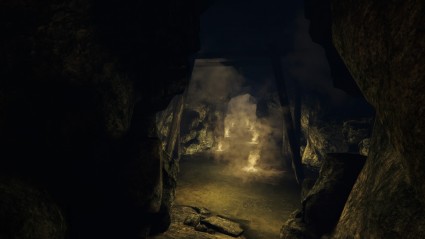 Roman baths aren’t as glamorous as they used to be

As you wander the beautiful, atmospheric – and sometimes tense – world of The Vanishing of Ethan Carter, you come across signs of previous goings on. Using your paranormal senses you investigate the scene and rebuild a chronology of events. Each of these investigations help elaborate on the story, whilst at the same time adding to the mystery. Outside of these main events, there are a number of additional puzzles to solve along the way. None of these are insurmountable, and require a different skill to complete, such as pattern-matching, discovery, and even some old-school note taking. Between each of these experiences you’re free to move around and try to make out exactly what is going on. 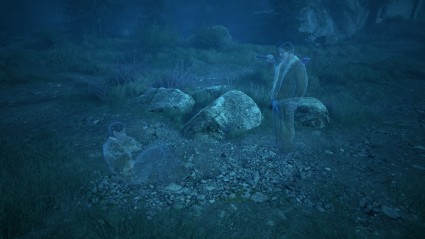 It would be easy to dismiss The Vanishing of Ethan Carter as another ‘walking simulator’. Admittedly the gameplay is pretty straightforward, and you spend a bit of your time seemingly wandering from one scene to another. Despite this, the atmospheric sounds, music, and stunning visuals make it less of a chore. Couple that with the sense of mystery and a desire to get to the bottom of things, and you’ve got a great way to fill 3-4 hours. 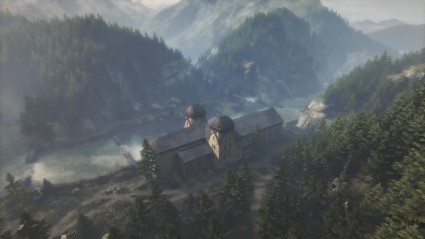 No doubt about it. This is a stunning game

Trying these new ‘art-driven’ releases can be a bit of a hit-and-miss affair. Dear Esther wasn’t universally well-received, and the jury’s out on the recent Everybody’s Gone to the Rapture, but occasionally there are experiences like The Unfinished Swan and Journey where something just clicks. You’re not only presented with an interesting world, and – hopefully – an engaging story, but what seals the deal is the feeling of not being in control, not knowing what’s going on, and not regretting that feeling in the slightest. This sense of wonder can be just as compelling as an epic boss battle, or clearing a level perfectly – it’s the same, only different.

It’s true, The Vanishing of Ethan Carter won’t be for everyone, but honestly, everyone should at least experience it.