The Walking Dead has won over 70 Game of the Year awards, and many would agree that it was quite refreshing to see a zombie-based game that focused more on characterization and emotion than action.

However, as the trophy cabinets slowly begin to gather dust, there are a growing number of gamers who are left feeling rather disgruntled about their treatment from Telltale Games.

For those of you that are unaware of any issues, let me take you back to July in 2012. This was the moment that some gamers across all platforms started to see that their game saves had disappeared along with all of their individual choices, a fundamental part of the game.

Numerous methods started appearing on the internet that offered a little hope of salvaging the hours you had put into the game, and the choices that affect both the future of the characters and the story for future episodes; but ultimately many had to start the game all over again.

Now this might not sound like too much hassle, but if we fast forward into October and attempt to load Episode 4 only to find you are back at Episode 1 with all of your progress gone forever, everyone turned to the internet to vent their frustration.

Telltale Games responded by burying their head in the sand, or like a small child throwing a tantrum with their fingers in their ears shouting: “La la la, I’m not listening!”. Or at least that’s what it felt like as tensions began to rise. 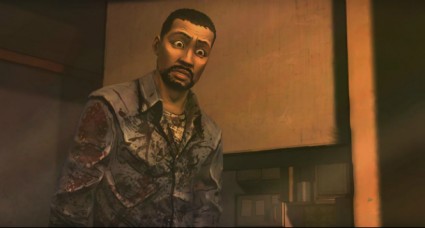 I got to do this shit again?

The stories continued to spread over Christmas as many took advantage of download sales over the festive period, only to find their hard-earned Christmas gaming hours were in vain and that they faced the prospect of having to play the game from the beginning.

I have even been contacted by some users who played the game from the beginning again, only to lose the progress for a second time. Sure, you could argue that the definition of madness is doing the same thing over and over again whilst expecting different results, but Telltale were still asking people affected to “gather information”. They even hinted that the whole debacle was simply a case of user error.

Comments flooded the Telltale forums, but requests for refunds fell on deaf ear. Finally, in January Xbox customers were advised the following.

“A Title Update has been released that should fix this issue. To download this Title Update, log into your profile, connect to Xbox Live, and then start The Walking Dead. You will be prompted to install the new update. Going forward, you should no longer experience these said game issues. Unfortunately this update will not restore saves that have already been lost.”

So the patch was great news for new customers, but the people who had waited patiently for a patch were still left with the prospect of starting the game from scratch, or just had to face the reality that their money was wasted. 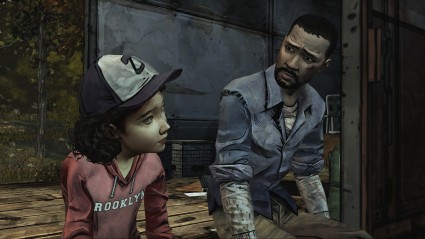 Lee… why do we have to start the game again?

After witnessing the problem first hand, I raised a support call with Telltale Games and also introduced myself as the site manager of This Is My Joystick, who had been contacted by several frustrated gamers and asked for an official response.

The only response that I received in nearly two weeks was an auto-reply with a reference number, and despite asking for an update, I am still yet to receive a reply other than someone from Telltale Games PR checking out my LinkedIn profile.

Maybe in their arrogance they thought that an indie games website is not worthy of a response, but to treat customers this way is very foolish. Especially in a world where stories of bad service spreads across Twitter, Facebook and internet forums at an unstoppable pace, and when even Google knows what you are searching for after typing one word, you know your damage limitation campaign is failing.

We accept that there will always be software bugs in games and that patches to iron out any problems are always welcome and appreciated. Yet after receiving many e-mails from unhappy Telltale customers and no response from Telltale themselves, it is clear that their development, customer support and PR all need an overhaul if they want to restore the faith with gamers who, once bitten, are twice shy.

After proving the doubters wrong and showing the world that episodic and character-based gaming can be a huge success, it is quite sad to see old habits ruining the party and this is one reason I won’t be getting too excited about the recent ironic announcement that The Walking Dead Season 2 will use your old game save.