The last week has been a little strange, especially after Panorama waded into the nation for being addicted to gaming, trying to highlight the “detrimental effects” that games bring to your well-being and society in general. However, it’s not to hard to see why parents are a little confused out there. Our TV’s are being bombarded with what can only be described as an eclectic mix of celebrities, who have been hired to convince each one of you, no matter what age you might be, that Nintendo’s consoles are the machines of choice and will actually enhance your life.

The first rule of advertising is make sure the audience trust you and respect what you are saying, so it grates me somewhat that the David Jason’s, Michael Parkinson’s and June Whitfield’s of this world spent years building an honest and respectable reputation in the world of show-business, only to sell life insurance to ageing fans.

Step forward the legend that is Sir Terry Wogan. Yes, that’s right; it appears that he is a huge fan of Art Academy and Dr Kawashima’s Brain Training on the Nintendo DS. Despite not playing a game before, he bids to win the OAP market by informing how fantastic the DS can be for the mature gamers out there by keeping your mind active with ‘Brain Training’ and other similar titles. 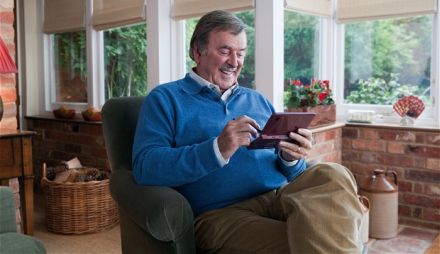 There's only one thing Terry likes more than moleskin trousers...

Still not convinced that gaming can actually be good for you? Okay, Nintendo brings out the big guns by featuring the award-winning actress and thinking mans crumpet, Dame Helen Mirren, to promote Wii Fit Plus. Recent reports have suggested that exercise could protect the nerve cells that are dying in Parkinson’s patients and help them survive for longer.

A poll of people with Parkinson’s revealed that 68% felt that using the Wii helped them manage their symptoms. 30% said that they played on the Wii every day, with 39% using it at least once a week. Suddenly gaming seems like it could actually help people. In fact, theParkinsons.org website actually states that “Wii Fit can combat the anxiety and depression that many people with Parkinson’s experience”. 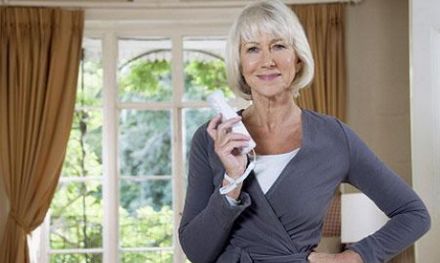 You may remember me from "The cook, the Thief, his wife & her lover..."

Don’t worry, though. The Redknapp’s have not been ousted from this year’s campaign. They will be returning to promote New Super Mario Bros. There’s nothing better than the ridiculousness of watching old Harry play on Wii console. I get this smug satisfaction that ladies favourite Jamie will one day look like him, which I use to try to convince my other half that this makes her a very lucky girl being with me. 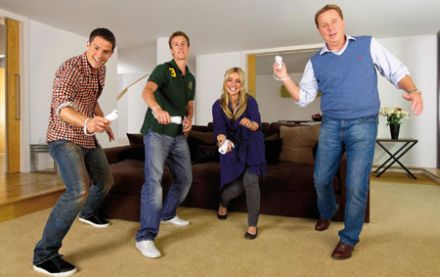 In a stroke of marketing genius, the infuriatingly likeable chaps, Ant & Dec, return from the Jungle (or should I say TV Studio) in Australia to demonstrate their love for Donkey Kong Country returns, whilst Boyband JLS are also on hand to show the nations family how to enjoy a Wii Party. 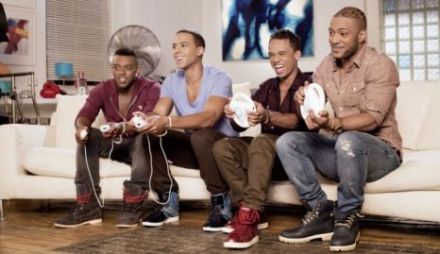 Everybody In love with Wii 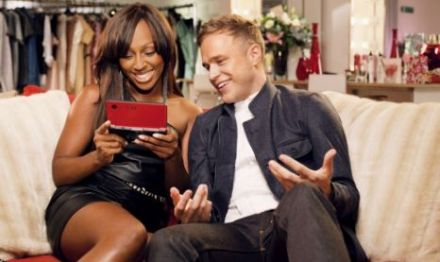 This beats playing to half empty arenas.

So there may be no Sean Wright-Phillips, Ian Wright, Joe Calzaghe or Girls Aloud this year, but the bizarre mix of celebrities show that Nintendo aim to capture every age of gamer out there this Christmas. What is strange is seeing gaming being heavily advertised at every a section of society, which is a huge contrast to what a certain programme on the BBC last week was trying to tell us.

If the campaign is to be believed, gaming can actually help the elderly keep their mind active and has proven to be a huge help to sufferers of Parkinson’s disease. Families, though, can have a fantastic Christmas by getting everyone involved in a Wii Party as illustrated by JLS and the Redknapp’s .

Whatever you do this Christmas, it seems you can come out of hiding and play games again without being labelled a manic-depressive, suicidal freak. The same box in your house that told you that games are evil will now be telling you that it’s great for you and your family. Confused? I can’t understand why.