Has gaming become too expensive?

Despite what certain aspects of media will tell you, the average age of a gamer is now more likely to be in his thirties with a disposable income. A far cry from a teenager who sits in his room all day playing games with an 18 certification. Maybe the powers that be have realised this, as it would go along way to explain why our beloved pastime is now more expensive than ever.

Last November, eager gamers found themselves having to shell out vast amounts of money on a glut of big titles such as Skyrim, Battlefield 3, Saints Row: The Third, Assassin’s Creed, Batman and the annual instalment from Call of Duty.

Even if you were fortunate enough to afford £250 on games, you could also be expected to pay a hell of a lot more on DLC too, which begs the question: Has gaming become too expensive?

Even if could afford all the big-name games, the chances are you wouldn’t have the time or money to purchase the lesser known games. These, very often, are more rewarding experiences but gamers are quick to look for solutions, maybe in renting games or even trading in some older titles to buy a few new ones.

This is how it has always worked. I have fond memories of going around to a friend’s house who had a double tape-to-tape deck on his stereo, which meant I could illegally copy games such as Boulderdash, Chuckie Egg, Commando, Spy Hunter, Bruce Lee and Pitstop 2 onto a blank cassette. 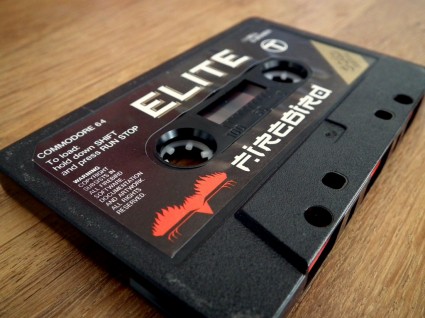 The formats may have changed but the same argument remains...

Did this stop us buying games? Of course it didn’t. There was nothing better than visiting an independent store that had a few games you had never heard of, but ending up buying because you liked the cover, much like a music lover would do the same with vinyl. This was where my love affair with gaming began, but all this could disappear forever as publishers look at destroying their Achilles heal; the infamous second-hand market once and for all.

There are rumours that new consoles from Microsoft and Sony are on the horizon, and the wise money is on the fact that they will either not play pre-owned games or even consist of digital downloads only. Either of these can only be bad for the average gaming punter.

It currently feels that we are gently being ushered into a place where we all play just a handful of games, and then subscribe to that franchise for regular updates to keep you playing these same games and nothing else. So if you are a FIFA, Call of Duty or Gear of War fan, you simply pay a little extra for a season pass and you will have a great time playing your favourite game for 12 months before doing it all over again. Could this leave us all in some kind of gaming Groundhog Day, where everyday is the same?

One concern is that innovation will suffer and the days of discovering hidden gems will be lost forever, but the more immediate threat would be the increasing misuse of the now infamous DLC. Step forward Capcom, who had the arrogance to release Street Fighter vs. Tekken only to announce they would be selling twelve additional characters at a later date, but were already included on the disc.

How many people do you know that would happily pay £40 for a game only to be stung a few weeks later for content that was on the disc all along? 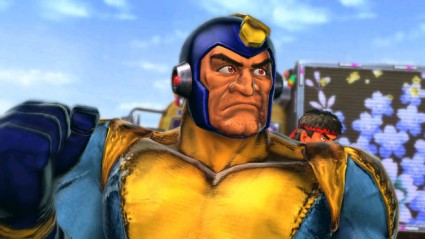 Street Fighter vs. Tekken: The DLC was on the disc all along.

As more and people begin to invest in tablets and smartphones, where good games can be found at a fraction of console prices, I wonder if this is where many gamers will migrate to if they feel they are being priced out of gaming. Take a game like Football Manager, for example, which feels just as good on the iPad for £6.99 as it does on PC for £20, not to mention the countless games available for just a few pounds.

With most releases now launching at £39.99, which is then followed by additional DLC costing another £15 on top of the base game, and the majority of XBL/PSN titles costing at least ten pounds, maybe gaming is getting too expensive for people. If the industry insists on removing the second-hand market and renting of games, I fear it could blow up in their faces.