Although I’m personally yet to open my wallet for the recent craze of Kickstarters, Steam Early Access and schemes of their ilk, I support the concept wholeheartedly. With consumers able to directly support the games they really want and developers being given the opportunity to fund titles that may have never otherwise seen the light of day, it’s a no-brainer in which everyone wins.

Of course, it was everyone’s favourite indie goliath Minecraft that helped pave the way for this new payment model. With alpha access priced at a mere €9.95, gamers could get in on the new internet sensation for a pittance, whilst supporting its continual development and receiving any and all future updates for free. As the kinks got ironed out and new features were added, the price of admission rose to €14.95 once Minecraft entered beta, still a discount on the final release price of €19.95. It was an elegantly simplistic pricing model that rewarded and incentivised early adoption, and has been used in all manner of variations since.

Yet it’s the recent implementation by Planetary Annihilation developers Uber Entertainment that leaves me feeling stumped. The game itself has interested me for some time, taking heavy influence from massive-scale PC RTS series Total Annihilation and Supreme Commander, whilst adding a little Mario Galaxy into the mix with combat across multiple planets. Planetary Annihilation began as a very successful Kickstarter project, raising more than double its $900,000 goal.

Now Planetary Annihilation has reached alpha stage, however, and yesterday landed on Steam’s new Early Access scheme. So how much will an early venture into the RTS now set you back if you missed the earlier Kickstarter? $20? $30? $40? Nope. Prepare to lock away your wallets, because the price of admission currently stands at an eye-watering $90, or £67.99. 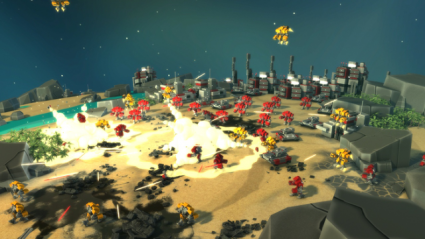 Let that sink in for a moment. Despite the benefits of a fan getting to experience a game early, alpha testing is essentially doing the developer a favour. Not too long ago, paying game testers was an essential part of the quality assurance process. Now it’s the testers that are paying the developers, for the privilege of giving bug reports and gameplay feedback.

If you’ve participated in any multiplayer betas recently, like the well-polished Crysis 3 beta, or the SimCity beta which actually worked better than the final game did on release, you may have an unrealistic vision of what an unfinished game is typically like. Recently betas have been used for as much of a marketing stunt as they have for any real testing purposes.

Make no mistake, though; Planetary Annihilation’s Early Access is a true alpha. Despite not having purchased the game myself, a close friend was an early adopter through Kickstarter. Bonus features that were included upon immediate release were your commander unit spontaneously falling through the planet or rocketing off into space, never to be seen again, as well as the ability to see and directly control your opponent’s units, which was certainly a unique concept for a multiplayer strategy game. Uber have since been working hard on patching these issues and many others, although rest assured that you’ll still be treated to a multitude of bugs and graphical glitches.

Now don’t get me wrong; I would expect absolutely no less than this from an alpha, and anyone who thinks otherwise is kidding themselves. It’s just the price-gouging I take issue with. I’m not saying this was necessarily the intention, but charging 90 dollars for an alpha comes across as taking advantage of enthusiastic fans. Uber explains the pricing decision on the Planetary Annihilation Early Access page:

“$90 for early alpha access… $60 for beta access… this is the pricing determined over a year ago. Our Kickstarter set these levels, and while we understand people may not like it, it’s the decision we had to make.

But that is the schedule if you want to wait until the price drops to a level you’re more comfortable with.”

It’s true that alpha access cost $90 in the Kickstarter, but at least punters were also treated to an exclusive wallpaper, a digital copy of the game soundtrack, access to the private forums, and a limited edition commander unit that showed their early support. They could also opt to pay an extra ten dollars for a special commemorative game box, T-shirt, digital art book and a ‘thanks’ in the in-game credits. To my knowledge, Steam Early Access includes none of these bonuses. 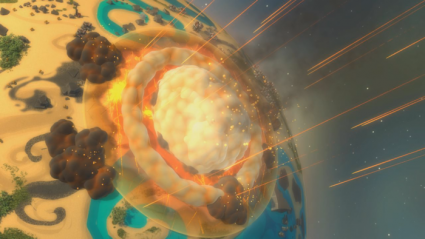 The fact that gamers are welcome to wait until the price drops is a completely fair statement. No one is forcing us to pay over the odds for Early Access. What’s unfortunate, however, is that Uber are perhaps shooting themselves in the foot a little here, despite the piles of cash they’ll be making from anyone who opts in at this early stage. It’s arguably useful for an alpha test, and particularly a beta test, to have as many participants as possible. This allows for a wider range of tests on different hardware and software setups, as well as more feedback on gameplay and balancing. By pricing high, they’re missing out on opportunities for more thorough testing that could help the game release in a more solid, well-balanced state.

Paying for a game in alpha or beta stage is always a risk. The future of the title is uncertain; it may not turn out very good in the end, and with a lack of available reviews you can’t be sure if the game will be quite your cup of tea. Considering the state of the industry at the moment, there’s also the stark possibility that a studio could close down and the game never reach completion. It’s for this reason that I’d argue consumers deserve rewarding for placing faith in a studio early on in a game’s development cycle, and why I’m disappointed Uber decided against doing this.