SOPA Blackout and why the internet is angry

Unless you’ve been locked in a dark room playing Skyrim shouting “Fus Ro Dah” repeatedly for the last few weeks, you will know that SOPA (Stop Online Piracy Act) is the talk of the internet at the moment. The global online community have gathered together to fight the controversial act that seems intent on following the political trend of criminalising modern society.

The bill, introduced in the United States House of Representatives last autumn by Texas Republican Lamar Smith (who seemingly breaks his own rules), is already is losing the support of many of the game industry companies its supposed to protect as they fear becoming the bad guy, with people joining together on social media websites to make their voices heard loud and clear.

If passed, the bill would allow the American government and individual copyright holders to take legal action against websites that facilitate piracy, and this does not just mean the Pirate Bay’s of the world, but even a site such as This Is My Joystick could find itself being shut down or blocked to US audiences for showing an image, video, trailer or music from a game that a publisher took offence to.

It is astounding to think that in 2012 the grey people in control still have little understanding of how the internet works or how important that an online reputation is, in an age dominated by people power. The first company to learn this valuable lesson the hard way was GoDaddy, the world’s largest domain name registrar, who publicly backed SOPA only to see 50,000 domains transferred away from them in a few days (including Destructiod.com) as tech savvy customers showed their feelings on the subject in the most effective way possible over Christmas.

GoDaddy quickly made a dramatic and apologetic u-turn after a massive backlash from their angry user base, but it was too late as the damage was already done and was met with nothing but scepticism from the online community.

The scary aspect of SOPA is suddenly sites that we all like to express ourselves with, such as Tumblr, YouTube, Sound Cloud, Reddit, Pinterest, Facebook, Google+ etc could all land you with a five year jail term for uploading a TV, music or movie clip. This is a move that could not only curb creativity but also stifle free speech as governments begin attempts to censor the world to protect the interests of a few people who are not making as much money as they used to.

There is hope though, and yet again inspirational proof that it is the age of people power when less than 24-hours after promising not to yield, the Texas congressman and author of the Stop Online Piracy Act (SOPA) Lamar Smith is yielding on the bill’s controversial language that would allow the government to censor the Internet:

“After consultation with industry groups across the country, I feel we should remove Domain Name System blocking from the Stop Online Piracy Act so that the Committee can further examine the issues surrounding this provision,” Smith, one of SOPA’s chief backers, The lead sponsor of the U.S. Stop Online Piracy Act, a controversial copyright enforcement bill, will remove a much-debated provision that would require Internet service providers to block their subscribers from accessing foreign websites accused of infringing the copyrights of U.S. companies.”

Anger towards the Stop Online Piracy Act is growing rapidly as thousands of people are changing their Twitter and Facebook avatars to include a Blackout SOPA badge across their face in protest. There is even a plug-in for Google chrome that will inform you of every SOPA supporting site that you visit.

A growing number of websites such as Reddit have announced a blackout on January 18th in protest to SOPA by replacing all site content with educational resources about SOPA to create awareness. Wikipedia are considering joining them, but all eyes are on Google, You Tube, Facebook to see if they are brave enough to make a stand too. 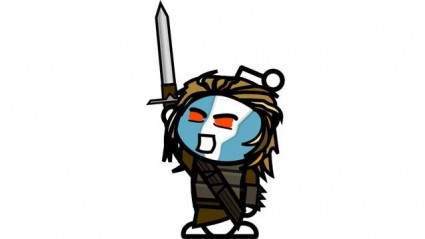 A petition from 120,000 gamers has been handed to EA requesting that they publicly stand up to the ESA and oppose SOPA. Even though EA stated that they are not supporting the act, this is simply not enough for members of the gaming community who are demanding action as tempers begin to rise.

Brett Greene summed people’s feelings in a report for the Huffington Post by saying:

“The bottom line and main question to ask yourself is, “Do I trust the U.S. government to censor the Internet and protect free expression of its people? And if I do, do I trust other governments who will probably follow suit?” The next question to ask yourself is, “Is it worth the potential of creating a censored internet that is less innovative and stable in order to possibly help the RIAA and MPAA sell more music and movies?”

The last 12 months has been revolutionary, 12 months in which the internet has assumed the role of a highly effective, yet uncensored, news agency. One from which every broadcaster and news corporation have been able to source events live from the scene when governments have historically kept tight control on the media and where almost no platform is available for opinions critical of the political elite. 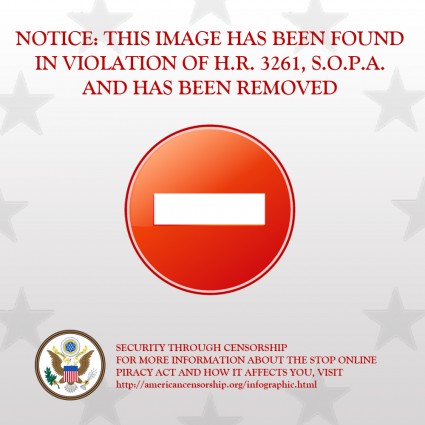 The future of the internet?

While many may be of the opinion that this is simply an American problem, you have to realise that if this Bill passes, the UK, and others, will likely follow suit. Our government has already showcased their hypocrisy when they condemned countries like Egypt for shutting down the internet. When the UK faced riots on the streets, there was talk of shutting down social media sites, rather than focussing on the fact that there were more good people than bad using such to organise cleanups and inform friends and family of their own personal safety.

Whatever your opinion on the controversial SOPA act, the internet is gearing up for a very big fight, and it will be very interesting to see just how many sites and people will stand up and be counted this week, so make sure you put January 18th in your diary as what may or may not happen next will affect each and everyone of us and how we use the internet.