To pre-order or not to pre-order a next-gen console, that is the question.

Now that E3 is but a distant memory, you could be forgiven for having a bitter taste in your mouth after the constant hype surrounding the next generation of consoles. Sure, the marketing people will tell everyone that you will have a completely miserable Christmas if you don’t have a new shiny console this year.

They will of course sell by the bucket load, with a convenient shortage to keep the demand high. Many will see this as some sort of survival of the fittest, Bear Grylls style challenge where the early bird gets the worm and will seize the opportunity to earn extra internet points and bragging rights down the pub.

“You should have pre-ordered like me, I got mine last month now they have sold out and you have no chance until after Christmas” Yadda Yadda Yadda.

Historically, however, console launches have been troublesome to say the least. New technology seems to require a little time to settle down, as anyone who has experienced a Disk Read Error or Red Ring of Death will tell you. Maybe as the Steven Wright line goes; “the early bird gets the worm, but it’s the second mouse that gets the cheese”. With this in mind, do any of us really need a next generation console before Christmas?

Technical problems, inflated prices and those dodgy packages that we are all forced into, but if we were to wait a few months in this PC and mobile game obsessed world, then the prices will quickly tumble. It’s a no brainer right? Who am I trying to fool? Once the time comes, I too will be suckered into the marketing spiel, yet this is a perfect time to give this subject some proper thought, and debate with a clear head before the TV box in the corner of the room and every website you visit screams “BUY ME!”.

Are games on our current consoles showing signs of age? Most critics are calling The Last of Us “The Citizen Kane of Gaming”, so there is a strong argument that the golden era of console gaming is right now. It doesn’t take a genius to predict that this Christmas the top five selling games in the world will probably include FIFA 14, GTA V and Call of Duty: Ghosts, all of which will be available on the same console you already actually possess. 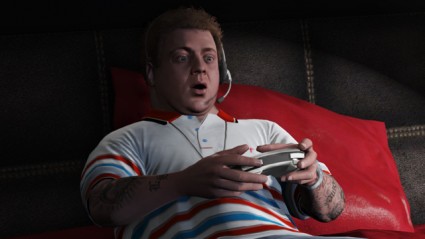 In fact, this week Rockstar Games announced that currently there ‘are no plans’ for a next-gen release (PS4/XboxOne) of GTA V and Konami also made the brave announcement that they have decided not to launch their football game PES 2014 on either next-gen console. This raises other questions, such as if a gamer was to commit to FIFA 14 and GTA V and a DLC Season pass in September, what happens when the new console arrives?

I suspect that deep down we all suspect that the true next generation of games, where we fully see the benefit, is at least 12 months away. Then again, we do have a whole heap of non-gaming innovative gimmicks to make it all look flash and new as the battle for the living room gathers pace.

These very same gimmicks, the ones that most gamers scoff at, are how most people will actually be blinded into thinking they’re untapping the true worth of that expensive Willy Wonka style ticket. The one that grants you access to the promised land of next generation gaming.

Anyone that has a Facebook or Twitter feed littered with auto statuses like “Played Command & Conquer: Red Alert 3 (360) in the last 24 hours” will find it difficult to get excited about the prospect of more of the same via a share button on your controller. 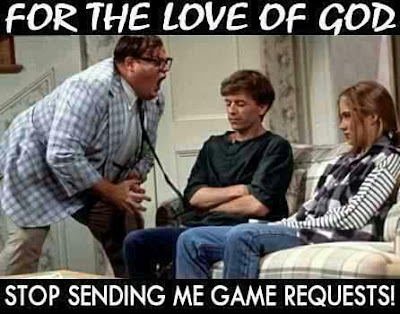 The reality of Social Media features on consoles this Christmas?

Please don’t misunderstand me, I am genuinely excited about the next generation of consoles and will probably end up getting both over a period of time (especially considering I help run a gaming website), but with a booming PC and mobile gaming market and a lack of truly next-gen titles (be honest how much better do the games themselves actually look?), combined with the fact that new technology usually comes with a few teething problems, it makes sense to hang on a little for a deal that makes everybody happy.

I don’t expect you to heed my warning and, to be honest with you all, I probably won’t even take my own advice as when the excitement kicks in, I become a different person. As I sit here writing this without the impending hype, though, my heart is telling me one thing but my head is telling me something quite different.