You know what I’m all for? Re-releases and HD remakes

It’s odd. I would totally stand alongside those who complain that the games industry is too intent on relying on the same themes and genres, with constant repetition made worse with numerous sequels. Without mentioning that particular fish-themed acronym, they’re right; the industry does not innovate enough, and why would it?

When developers do think outside the box, the consumers, the very ones that have been crying out for new ideas, go oddly missing. With that, you end up with great, original games like Enslaved, Shadows of the Damned and all of Team Ico’s work going under the radar and selling sweet fuck-all.

Sequels have their place in the industry, there’s no denying that, but when there is no reward for the major players to do anything but play it safe, it’s killing off new franchises before they even get chance to hit the market. It’s frustrating to see.

Those who are like-minded often extend that frustration to the recent surge of budget re-releases and premium HD remakes, the ones currently flooding the hell out of digital marketplaces and occasionally physical shelves alike.

This is where I draw the line, as I see their place as a completely valid, worthwhile and sometimes important niche area of the market. There are a few reasons for this…

It’s simple fan service
Publishers like Konami aren’t putting out the HD Silent Hill collection to claim that the included games hold up in this day and age or that they should keep you off Skyrim. They’re simply putting them out for real fans of the series to enjoy once again, maybe now with achievements.

While, yes, I’m sure they’re hopeful that they’ll win over some new fans in the process, it’s a cheap and easy way to appease series-long fans of a franchise with very little impact on their available resources. Win for studio, win for fans.

It can put focus back on a franchise before the next big release
Sticking with the Silent Hill theme for a second, re-releasing an old game anything up to a month before the latest in the series hits shelves is the perfect way to generate hype for the new title. Not only will it remind people that your franchise is still around, but it also stands the chance of reminding them all just why they fell in love with the series in the first place.

Konami are doing just that, and it will probably be one of the best bits of marketing they can do prior to Silent Hill: Downpour’s release. 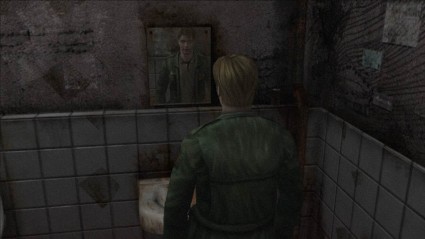 They’re usually at a fair price
A lot of the recent re-releases have been slated as lazy ports, but this statement is false for me. If developers change things its outright sacrilege, if they don’t, it’s lazy; this is one argument that’s been done to death and it’s also one that developers can’t win.

Me, I sit somewhere in the middle of that black and white argument. I’d prefer to play things in their original condition or as close to it as possible, without required changes being intrusive on the original experience (Ocarina of Time 3D did this perfectly, Goldeneye: Reloaded did not). However, at least when they get ported in their original condition, they’re usually also at a fitting price.

Let’s not forget, you’re not looking at terrible games here. Games that get re-released in this way were very likely considered exceptional in their time. Classic games for nominal prices, what’s to complain about?

You can right past wrongs
You don’t have to be Sam Beckett to put right what once went wrong when you’re a gamer. How many classic, underrated or cult games have you missed out on over the years? These re-releases provide even the guiltiest of gamers a chance to finally play those titles they really should have given a go at the time, while great games that under-sold also get a second chance at success. On more convenient and prominent platforms, too!

If you’ve not sampled any of these games or entries in those franchises by now, you’ll never have a better opportunity. PSN has countless, classic PSOne games to play, Nintendo’s Virtual Console and EStore are slow-bubbling pots of awesome and Xbox Live isn’t exactly short of classic re-releases itself.

I’m planning on righting a few wrongs of my own in the coming months, probably starting with Oddworld: Stranger’s Wrath, when it hits the PS Vita later in the year. 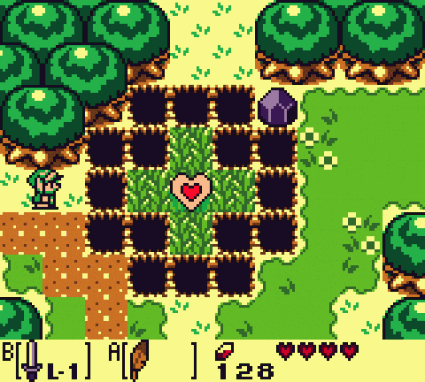 Great, but showcases areas that modern-day development has improved no end.

They show us how far the industry has come
Not only can re-releases help fans new to a franchise see where it all began, but they can also serve as a reminder to us old timers about just how far we’ve come in a relatively short time.

Even though these games tend to be the best of their time, you have to remember that a ten-year old game is going to play like a ten-year old game, flaws and all (something reviewers seem to forget). Again, developers don’t dump these things out on the market with the intention that their game would wholly stand up by modern-day standards, so you’re bound to find examples of less-than-desirable game design from time to time.

Case in point, I’m currently playing through Legend of Zelda: Link’s Awakening on my 3DS. This is one of my favourite entries in the franchise; a great game, especially given the platform it premiered on in ’93. However, playing it now highlights occasional examples of archaic game design.

There’s a puzzle where the answer is obvious, but you can’t progress until you talk to a certain NPC, one totally unrelated to the solution, just to trigger the ability to solve it. Imagine the same lines of slow, unavoidable text every time you touch a power-up or currently immoveable object.

These are things that didn’t seem too obtrusive back in the 90’s, but definitely grate now. While they don’t ruin a wistful replay of a perfectly good game, it’s important to recognise these points while soaking up the nostalgia. The industry has come a long way, and it’s okay to remember that while dipping your toe in the past, no matter how glorious your memories, and that’s my point.

These re-releases and HD Collections aren’t being released to wow you or replace modern-day games, but to bring back memories, give you a chance to make amends for your past indiscretions or provide a new platform in which you, the fans, can replay your old favourites again. On no level can any of that be a bad thing.

That’s it, I’m off to say “re-release” some more as I don’t think I’ve done it enough in this article… Re-release!