There were a lot of big things at E3. New games, new hardware, and mountains more. However, Nintendo’s unveiling of the new ’3DS’ completely stole the show in more ways than one. Was this based on the sheer genius of the product itself, Nintendo’s marketing prowess, or some other reason? Read on to find out!

This generation, when you think of Nintendo, you think of dominance. Wii systems can still be a hard thing to find several years after release. Even with releases like Halo 3 and Metal Gear Solid 4, neither Microsoft nor Sony have been able to come close to Nintendo in terms of console sales. Adding on to that statement, Nintendo’s ‘DS’ is winning the handheld battle as well. Getting some time with the new 3DS, and really seeing what it is going to bring to the table furthers my belief that Nintendo will continue winning in the handheld department.

The first thing you need to understand about the 3DS is that while it may be touted as fully 3D, it’s not. It is an effect that makes it out to be 3D, called ‘Augmented Reality’. Nintendo isn’t the only company investing in this technology as Sony actually tried this with a game called ‘Invisimals’ a year ago. While we haven’t heard much else from Sony about this, I am sure that they will look into it further. 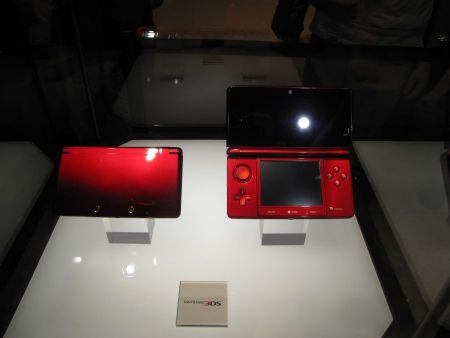 What does all this shifting to 3D mean for the industry? Is it just another fad like motion control? Everyone thought that was going to fail but look at it now. It has been the money tree for Nintendo and Sony and Microsoft are both following in step with ‘Kinect’ and ‘Move’. In my honest opinion, I think that while Sony may have been late to the motion control party, they’re taking the vanguard’s line as far as 3D goes. The E3 booth for ‘Motorstorm: Apocalypse’ in 3D was filled all day, every day. Don’t even get me started on how long the line was for the 3DS. We waited in that line for a good two hours, almost missing our Rock Band 3 appointment. I’m not touting 3D as the industry’s biggest invention since high definition, but look at the facts; Nintendo and Sony both are investing heavily in it. It is going to have a major impact.

As an individual when I look at the 3DS, I can’t help but think “What’s next?” This thing is truly a marvel of technology. You don’t even need glasses! I don’t know how many people have said they’d rather game without glasses and no 3D, than game with glasses and have 3D. I loved it, and everyone I saw at the 3DS booth loved it. I’ve seen plenty of 3D implementations, and while they are cool and fun… that’s all they are; cool and fun. Nintendo DS was originally created to cater to the more casual market, like most of Nintendo’s products. The 3DS follows that trend while making even more of the hardcore gamers turn around. 3D is becoming a big thing, and Nintendo is capitalizing on that fact. The possibilities are endless with this piece of hardware.

Looking at the features of the 3DS, Nintendo provides you with a rather intuitive slider on the side of the top half of the device. This lets you adjust the extremity of said ‘Augmented Reality’. After a few minutes with it on maximum I couldn’t help but turn it down. It’s pretty tough on the eyes, at least for me. Another new addition is the stereoscopic camera, that allows you to capture images in 3D, and play games with the world around you. I was able to capture peoples faces around me, upon which they moulded into a shape and attacked me. While it may not have been the most impressive use of the 3DS’s technology, it tells us that if this is only the beginning, there is a lot more to come. 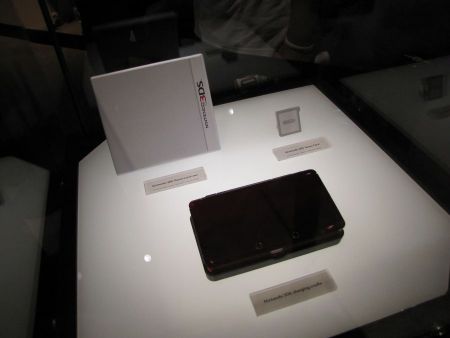 Furthermore, Nintendo has opted to add a PSP-esque analog button to the DS. Since they didn’t remove the D-Pad, it makes things a bit cluttered on the left side. They are continuing the use of cartridges, and are now providing a charging ‘cradle’ rather than the traditional cord. Whether or not a cord will be available I have no clue. Other minor changes include the headphone jack being moved to the middle of the DS’s body, and the change from a sliding power on or off, to a button.

While we have seen many reincarnations of Nintendo’s money-printing DS, I believe wholeheartedly that this one will trump all of its predecessors. Instead of changing the size or general features of the DS, Nintendo has blown all the stops. A sleek new look, augmented reality, stereoscopic cameras, and Nintendo’s ever-firm hold on the handheld market will ensure its continuing dominance. Welcome to the 3D era.