After the success that This Is My Joystick had covering the Golden Joysticks via live text, we decided to do the same with the BAFTAs. Keep this post open, and keep refreshing it. The ceremony starts at 20:30 so the bulk of the goodies will be happening from then. However, I’ll try not to forget you all, and will keep you up-to-date with any titbits as the day goes by. I am thrilled to be doing this, so I hope I will be able to keep you all entertained.

16.12 In the media centre, all set up… there’s not a lot going on right now, but there’s a lot of setting up… not much to report, people seem fairly relaxed.

16.47 At the moment I am watching a feed of the rehearsals for the Fellowship.

18.17 People are starting to arrive – Suzi Perry and Chris O’Dowd have come through. Dom Joly expected in a few minutes.

18.37 Dom Joly is in the house – comes over very well. However, although he thinks it is great that women play games he ‘wouldn’t like it if his wife or girlfriend did as that is ‘his area’. I think his tongue was in his cheek.

18.48 Miyamoto just checked in! (Sadly too busy for an interview!) But WOW! 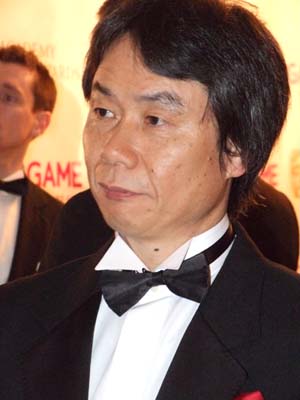 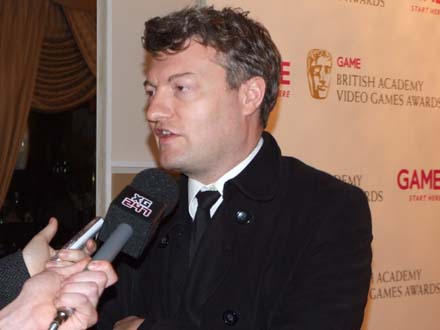 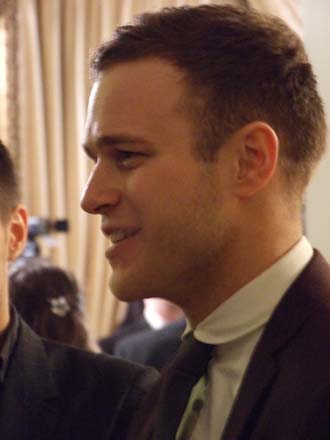 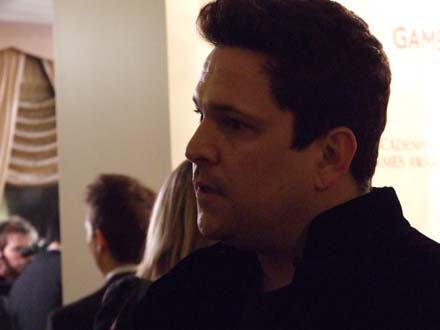 Suzie Perry – has been playing games since she was 9. Pong, was what she started on!

Olly Murs – regrets telling someone that if he got through the first few rounds of X Factor he’d give them his PS3 as he’d have no time to play. He misses it now!

20.20 There’s general milling going on… not much to report. Awards soon, though.

20.22 May resort to tweeting from phone… half laptop battery left… :-/

20.50 Dara O’Briain is on stage and introduces himself as Soap McTavish. Also made a joke about the ApocolyPS3… Pretty funny.

20.52 He just asked Miyamoto why you have to jump on bosses three times… Brilliant.

20.54 Michelle Ryan is introduced to give the award for Best Action Game.

20.58 Michelle Ryan has the biggest shoulders in Showbiz…

20.58 Next award is for Family and Social, Jason Bradbury and some woman I’ve never heard of presenting this.

21.03 Next award is ‘Best use of online’. Presented by Chris O’Dowd and Miles Jacobson.

21:06 Next award, use of audio, presented by George Lamb.

21.15 Olly Murr and Lisa Morgan to announce the ‘GAME Award’. Decided by the public.

21.20 Next up, strategy, Dom Joly and Chris Dearing for this one.

21.25 Next award is ‘Original Score’. Edith Bowman presents. Looks like she’s on crack.

21.26 Up for this: Modern Warfare 2, Arkham Asylum, Uncharted 2, Assassins Creed 2, PixelJunk Shooter, Harry Potter and the Half Blood Prince.

21.27 Multiplayer category, Tom Watson MP to present the this one.

21.34 Winner is:  Batman: Arkham Asylum. This is not going well for Modern Warfare 2.

21.36 Now sports: Ralph Little presents. Slags off Ubisoft for feather collection. Tells PES devs to get out, and that they dropped the ball.

21.49 Next one up is Artistic Achievement, Dave Gibbons to present this.

21.53 Best game award. This is the final one! Presented by Charlie Brooker!

21.55 The winner is… Batman Arkham Asylum. Was certain Naughty Dog were gonna take that one.

21.57 Modern Warfare 2… MWHUHAHAHAHAHA! Only won the award voted for by morons.

21.57 Oh hang on, they lied, there’s another. Ant and Dec to award the Fellowship Award. Couldn’t they get anyone funnier? Someone should tell Dec that a comb over doesn’t disguise his huge forehead.

21.58 The winner is Miyamoto, say what you like about the Wii, but that’s thoroughly deserved.

22.08 Standing ovation for Miyamoto, and deservedly so. Would the games industry be the same without him? I think not. 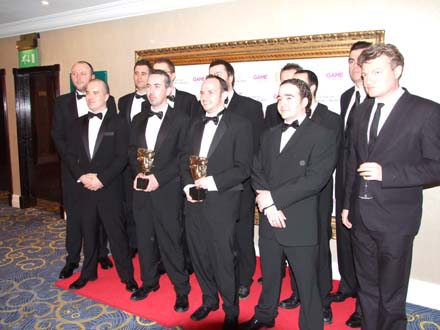 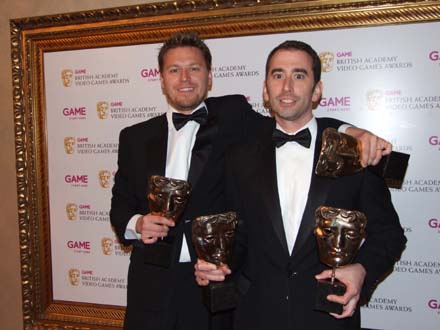 Biggest winners on the night: Uncharted 2

22.38 Well, that was hard work. Couple of soundbites for you: The boys behind Batman told me that they were ‘thrilled’ to have beaten Uncharted 2 to the Best Game Award. The guys responsible for Uncharted 2 promised me that Nathan Drake is here to stay for a long time. While they struggling with their four awards I offered to take one off their hands. They thought I was joking. I wasn’t.

More thoughts: the official photographers etc didn’t know who they were photographing. One was… a bit of snob towards me. Until he realised I knew who the people were, who had won, who was likely to win, etc, suddenly I was his best friend.

One mystery guy flirted with me. I have no idea who he was. When I asked he was very elusive. I still have no idea.

Journalism is very hard. I will post more pictures tomorrow morning, but for now, I need a drink. Actually I need sleep. Thanks for watching.

EDITORS NOTE: That’s it for for the Live Text Folks, I think Bryony deserves a big hand for her hard work today, and I hope in amongst the work she managed to enjoy herself in the process. Well done!