Ken Levine is no doubt a busy man. Lucky for us he’s a hard-working busy man, and so found time to talk to a room full of strangers about his latest title, Bioshock Infinite.

When one of the people behind two of the greatest first-person games wants to talk about design, story and their latest work, it’s time to take note and listen-up.

Levine wasn’t always focused on games. Starting off his writing career early, he wrote plays and even got a break in the movies. Well, nearly.

When the script he was working on didn’t pan out, he soon found himself not needed by the film industry and so ended Levine’s short career in the motion picture world.

Being a life-long fan of games, it was sheer luck that he responded to an advert in a now defunct publication. Once in the games industry it all seemed to fall into place for Mr Levine. Working on the original Thief game, setting-up Irrational Games, making System Shock 2 and then Bioshock. Not too shabby at all. 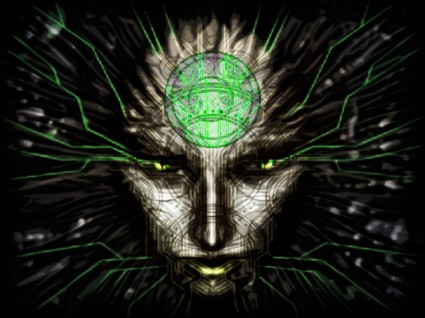 You owe it to yourself to go to GOG.com and buy this right now…

He’s still a writer and story-teller at heart, with Levine’s love of creating emotionally affecting pieces carrying through to the games he works on. As is always the case, big ideas and ambitions have to give way to reality and technological constraints. What we’re about to see happen in Infinite has been a long time coming and is something of a natural progression from his earlier games.

System Shock 2 is widely regard as a great example of creating a compelling story and world. In his next big game, Bioshock, Levine was keen to move away from the audio logs that were relied upon so heavily in System Shock 2. He also wanted to create a more interactive way of evoking emotion and telling a story.

It’s safe to say that he succeeded, with Bioshock being famous for its ability to weave a tale simply through its environments. Another element of Bioshock that proved wildly successful was the Big Daddy and Little Sister relationship that you’d see play out in front of you. Levine wanted to remind people of the connection between Father and child, protector and protected,  and to make the decision to ruin it a difficult one. Any of you that didn’t feel a pang of guilt or regret after shooting down a Big Daddy need your heart examined. It’s most likely just a mechanical pump. 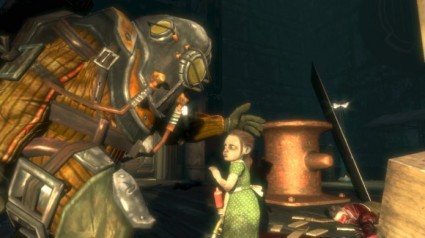 So, whilst it worked well in Bioshock, it wasn’t entirely immersive enough for Levine. He found that observing this relationship followed by violently destroying it, though powerful, wasn’t the end goal. The end goal, it turns out, is to stop the player observing and to start having them participate. You are the ‘Big Daddy’ to Elizabeth’s ‘Little Sister’. That relationship you observed in Bioshock you’ll now be a part of in Infinite.

We know what it means to ‘participate’ in a relationship in a game, particularly a relationship that requires you to protect someone. It usually means an escort mission where you’re left feeling frustrated about having to guide a suicidal piece of AI around a level.

Levine’s more than aware of this. He commented that the urge to protect something within a game, particularly first-person shooters, is rare. He figures that the main reason we build relationships with characters in games comes down to two things. How well written they are and how useful they are. 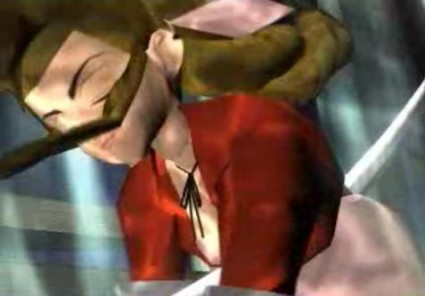 A classic example being Aeris, from Final Fantasy 7. What made her departure so heartbreaking was the simple fact that she was so damn useful. Levine wants Elizabeth to be Bioshock Infinite’s Aeris.

Talking about how they managed to get Elizabeth to a point where they’re happy with her, Levine explained the 4 areas the team focused on to make this happen.

‘Humans 101′ is as it sounds. If you’re in the middle of a fight, you’ll move and speak a little differently to when you’re hanging out on the beach. Irrational Games have gone out of their way to give their character life and have her react in a life-like manner. Something as simple as a change of posture can make the world of difference.

‘Environments’ involved getting her to react naturally during ‘down-time’. Humans don’t stand motionless in a room, they’ll wander about and look at their surroundings. Sounds simple enough to you and me, but this required a lot of work. Each individual object had to be marked with a piece of code telling the AI that runs Elizabeth to take an interest in it. Each object has a ‘weight’ to it, that means the more interesting thing gets looked at first. Top this off with a good dose of random and emergent behaviour and you have an AI companion that avoids being a purely scripted piece of canned animation.

‘Combat’ was a key area to get right. As already mentioned, Levine wants Elizabeth to be useful. From the footage seen, this looks like it’s been achieved. Although she’ll never fire a gun, she’s still more than useful. Finding ammo and weapons for you, using some ‘powers’ it seems she has, she’ll constantly be helping you out. Elizabeth won’t just be a key part of the story, she’ll be a vital part of the action, without which it seems the combat would be harder and far less engaging.

Finally, the ‘Actress’. I should really say ‘Actresses’ as Elizabeth has a different performer for motion-capture and for voice-acting. It’s difficult to say just how successful this is, but from the out-of-context footage seen, Levine put them through their paces and reduced them (willingly) to tears to get the dramatic performance needed. If Elizabeth doesn’t turn out to be a successful part of Infinite, I suspect it won’t be down to poor voice-acting. 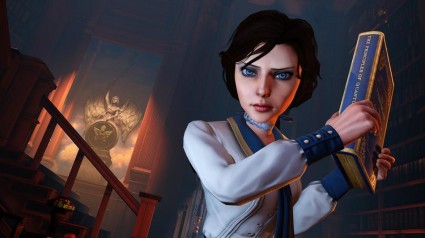 In fact, if Elizabeth doesn’t turn out to be a great character, then this whole game could be in danger. ‘Liz’, as he like to call her, has a lot of the game’s hopes and dreams resting on her shoulders. She needs to be perfect. She needs to be useful, sympathetic, realistic, ever-present, able to convey emotion, unobtrusive and the star of the show – all at the same time.

Levine’s aware of this, but seems to embrace the challenge rather than shirk away.

“The buck stops with me – I have the final say.”

He also faced questions about Infinite’s content head-on. The idea of offending anyone with the areas covered within Infinite doesn’t faze Levine. “We’ll make mistakes” is Levine’s response. If it’s in the interest of the story, it seems that nothing’s too taboo to approach. Hence you were ‘harvesting’ children in the original Bioshock.

He explains that games need to be more confident in the stories they’re telling. If developers believe in what they’re saying, the outrage caused by the content is worth facing. I find it hard to believe that many in the industry have these stories to tell, let alone the confidence to make them irregardless of potential reaction.

With Infinite, we’ll hopefully see advanced AI that makes us care about a character, a complicated world that’s not simply black and white and combat that’s engaging and allows you to fight in your own way. All very ambitious, but with a track-record like Levine’s, not unrealistic.

Irrational Games certainly seem to be reaching for the sky. Let’s hope they fare better than the floating city of Columbia.