As we roll on through the typical game drought that is summer, read up on which games the TIMJ team plan to catch up on during the lull in between all the barbecues. It’s fair to say TIMJ could do with a lottery win to spend more time indulging our favourite habit…

Phil Ubee (Contributor)
Wow, where do I start?

Looking through my collection, I have maybe four fairly old games that have been gathering dust for far too long that I desperately want to play through. Rayman Origins, GTA 4, Assassins Creed 2 and Red Dead Redemption. So last month I decided to buy another game that I’ve wanted to play for years and never got round to, Blue Dragon; but then before I could get started the Games on Demand sale threw up Hitman Absolution for under £10 so now I have six!

Currently it’s Hitman that has me hooked. I love the pacing of the game and the options available to the player in terms of how they want to play; there really is no wrong way to play. Some of the level designs are class, and working out accident kills will never get boring for me.

Matt Parker (News Editor)
I’ve got several games that are still sealed. I’ve got the Metal Gear HD Collection, Catherine and Dishonored that have been mocking me for several months.

I also want to clear up a couple of titles on my Wii before that gets packed up for good. Bully has been on my ‘to do’ list for years now. I worry that this year’s Steam sale will see yet more games get added to the ever-growing pile of shame. I also keep on getting games thrown at me by Sony thanks to their PS+ service. 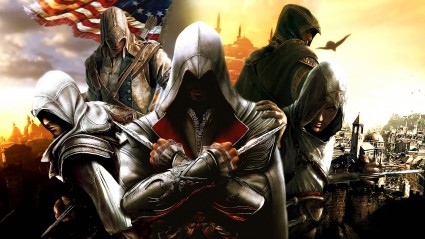 With yearly iterations (not to mention the odd handheld game), it’s no wonder there’s some Assassin’s Creed to catch up on

Neil Hickton (Podcast Host)
I seem to have an entire Steam sale catalogue to get through now. However, now that I’ve finished The Last of Us I’m considering starting Far Cry 3.

That said, I’m waiting for my summer holiday to begin before kicking back by a pool somewhere to play my Vita and catch up on Assassin’s Creed (which I need to start again seeing as the save game broke) and then I plan to try and get into Ninja Gaiden.

Adam Boffa (Staff Writer)
I played through Sleeping Dogs a few weeks ago, which I had been meaning to do since it came out last year, but I haven’t figured out the rest of my summer list yet. I’m thinking I might finally get back into The Witcher 2, which I started about a year ago but never finished. I got pulled back into Skyrim after finishing Sleeping Dogs, though, so I may have unintentionally sidetracked any plans for playing new stuff for a while. I thought I’d be tired of it after a hundred hours, but I was wrong. I don’t think that’s a good thing.

Jesper Hauerslev (Staff Writer)
Like Adam, I should really pull myself together and finish The Witcher 2. I started playing it last year but then got sidetracked. Also, I finally have a new kick-ass gaming laptop, so my list of games to play just increased ten-fold (and the Steam Summer Sale did not help either). Not to mention I have a sh*tload of DLC still to play through for Skyrim, Dishonored, Far Cry 3 and Assassins Creed 3. Then there is Tomb Raider and Bioshock Infinite which I have yet to start.

So many games, so very little time! 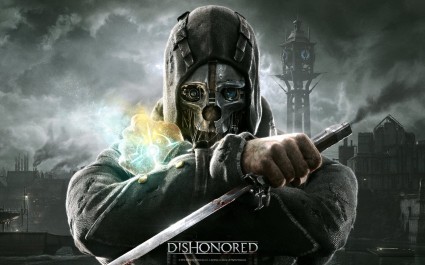 Dishonored, a game that many TIMJ staff plan to catch up on

Andy Buick (Podcast Co-Host)
I have what can only be described as an insurmountable mountain of games I haven’t completed, so for me at the moment it’s all about picking and choosing the ones that interest me the most. I just finally completed The Walking Dead, which I’m really glad to have done as it’s an incredibly well-written game. Now I’m onto Hitman Absolution which is proving to be great fun so far. I really want to finally complete Dishonored too, as I started that at the end of last year but somehow it got forgotten about.

Beyond that, it’s time I finally played L.A. Noire, which was a Christmas present back in 2011! I guess I should finish Assassin’s Creed 3 as well, but I played about three hours of that and have to say I was thoroughly bored by it.