Dead Island is clearly one of those games. You know the ones. Brandishing all the hallmarks of cult classic, it’ll be defended by many, and derided by others who felt that it set itself up for a fall. The mixed (and vastly differing) reviews that tarnish its current position atop the charts already prove this, with many cynics citing that infamous trailer with a powerful message as the sole reason it sits there. Irrespective of the final product, that trailer was something special. Taken on its own merits as a piece of art, it was undeniably spectacular and moving, but as a game trailer it failed. It simply set expectations for an emotional experience that the brutal end game could not deliver.

That alone got me thinking about how we’ve seen instances like this before; only the game in question in that scenario, for whatever reason, was allowed to pass by without criticism for doing exactly the same thing.

Ironically, with the third instalment out this very week, I’m looking at you, Gears of War. Their ‘Mad World’ trailer started this, following a melancholy Marcus Fenix, alone in the world and feeling despair at the sight of his once-beautiful home planet now broken and decrepit. All this to the mournful voice of Gary Jules singing the titular track.

This emotional vibe wasn’t something that Cliffy and the boys played down either, eager to tell us all about their theme of ‘destroyed beauty’ whenever the chance arose. Yet, the game we got was just as brutal as Dead Island. A bloody game, that was less about the thoughtful themes hinted at and more about the macho bullshit between space marines. Ooh rah!

My point? I didn’t once see the level of whining about mismatched trailers back then (or in the two further instances since) compared to the likes of which I have bore witness to this week.

Some would probably, and somewhat validly, argue that the quality of the actual game is the deal breaker here. Because Gears of War was clearly a great game (and it still is), it more than made up for any shortcomings in any promised/hinted direction in storytelling. Dead Island is buggy; so, there you go…

It’s a good point, but you’re dealing with two completely different genres, with different standards. The structure of Gears allows it to be tighter in gameplay, much like any linear FPS you might play.

While I’ve not encountered anything resembling game-breaking in Dead Island thus far, I can happily accept that there are some flaws and bugs that will go on to prevent it from being everyone’s favourite RPG. What’s annoying me, though, is that most of the things that I’m seeing Dead Island get criticised for, I can only look and formulate a similar argument to that of above using a different point of reference. 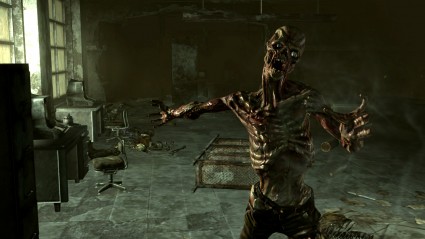 Similar, but just as buggy as Dead Island in may respects...

For each complaint I’ve either seen with my own eyes, on Twitter, or even in the reviews from the gaming press, I’ve seen it all before in Fallout 3 or Oblivion. Great games that are unquestionably buggy (game-breaking in some cases), yet, they almost tend to get flawless marks and unconditional love across the board. Again, let me just reiterate. I love both of these franchises immensely, but surely there are elements of double standards at play when it comes to critiquing the issues that plague both sets of titles?

So why does this lack of critical balance happen? More to the point, why are people picking and choosing when these types of faults are acceptable and when they’re cause to slate the shit out of something? If something is unacceptable in one game, shouldn’t such things be unacceptable across all games and vice versa, especially if it’s a game that’s similar in design and scope?

That’s the saddest part for me. Irrespective of my own personal views on the opinion-divider that is Dead Island, we’ve all been guilty of moaning that there aren’t many new IPs topping the charts or getting a chance, and when one does, it’s attacked for doing all the same things that other games got praised in spite of.

Let’s get some perspective please!