Head to Head: Will Battlefield: Hardline really be worth it?

Quite a few of us took the plunge with the Battlefield: Hardline beta, getting to sample its new cops ‘n’ robbers take on the classic Battlefield formula. It’s no secret that the full-price RRP has put off a few, though, claiming that it could have just been tack-on DLC for Battlefield 4.

Is this a valid argument? We decided to let our resident staff members, Josué and Matt, fight it out. Take it away, lads!

Josué: “When a 7-minute-long Battlefield: Hardline gameplay trailer leaked online, I was relieved to see EA take a sharp turn and not release yet another military shooter. Even though the the footage was supposedly six months old, I was excited at the prospect of a cops-and-robbers experience built on the frostbite engine in the vein of Battlefield 4.”

Matt: “To be fair, so was I. The idea of ‘something new’ coming out of using BF4‘s already existing tech sounded great. The problem is, from what I’ve seen and from what I’ve played of the beta, it seems like nothing more than a re-skin with some new modes thrown in. It’s taken the wind right out of my FPS sails.”

Josué: “I don’t expect too much innovation in my annualized FPS franchises anyway, but do you think the “cops-and-robbers” theme is just aesthetic? Of the multiplayer modes we know of, Turf War is just Conquest mode and Bloodmoney sounds like CTF, But Heist, Rescue and Hotwire all sound new and interesting. Rescue sounds like what we saw of the new Rainbow Six at E3, Heist reminds me of Payday plus you can play as the cops, and Hotwire sounds like Need For Speed: Hot Pursuit or Rivals but with guns.

In the Need For Speed games I think EA has done a great job in making the cops and criminals experiences feel very different. From what I’ve seen so far, I get the impression that Hardline is embracing the new theme in almost every way.” 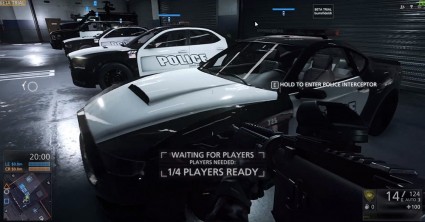 Can you ride one of these bad boys in BF4? I don’t think so!

Matt: “I do think it’s just an aesthetic and one that’s not even taken that far. The UI, for example, looks like it’s lifted straight out of BF4! Seriously, the maps and loadout screens look identical.

As for the modes, they all play like other Battlefield modes. You know that Rescue will be Capture The Flag but with a human instead of a flag, and Heist seems pretty much the same. Although instead of ‘capturing’, the text on the screen will say you’re robbing a bank.

Finally, don’t you think it’s sad that you accept a low level of innovation? It’s the companies’ choice to annualise these franchises, but it’s our choice to keep on buying them. It strikes me as odd that people will say ‘it’s the same as last year’ and then go and buy them anyway…”

Josué: “I am actually not a huge FPS person because of the lack of innovation you mention, so when I saw Hardline I thought “that’s a game I wanna play!” That doesn’t mean I don’t like FPSs; it just takes some new element to catch my attention, like Hardline has done.

As for the UI being the same, that doesn’t bother me at all, especially not in a game that also has Battlefield in the title. Why change it if it works? Did you notice how similar some of Titanfall‘s UI elements were to Call of Duty‘s? Now that’s shameful!

For people who enjoy playing similar games every year, just a little variety is enough to keep them coming back for more but I still think that the change of setting, roles, and gadgets, including hostages and potentially NPCs can really change the experience in some of the modes that may resemble those included in past instalments.

What about Hardwire? When was the last time you played a mode like that? I’m probably most looking forward to Hardwire in terms of multiplayer.”

Matt: “I’m also not generally into FPS games either and I had the same interest in Hardline as you, but then I played the beta and that’s where my doubt and cynicism comes from. It’s not similar to BF4. It’s the same.

I will concede that there may be something to the final game that blows the beta out of the water. I kind of hope so. For example, that Hotwire mode you’re talking about wasn’t in the beta and, like everything else about Hardline, sounds great on paper.

I hope that I’m proven wrong and this turns out to be great. I just have a strong feeling that EA have decided to annualise the Battlefield series and, as a result, this is being rushed out to meet a deadline.

We all know how that went with BF4, right?” 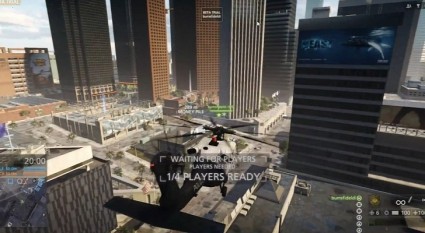 There’s no mistaking that it does still look remarkably… Battlefield-y.

Josué: “Visceral has apparently been working on this for a while and we know they are using assets from BF4, though I don’t think it’s just re-skinned Battlefield. I’m certain that it’s going to be similar but how different can you make it without it being Battlefield anymore? Gotham City Imposters was an FPS with “Batmen” and “Jokers.” Plants vs. Zombies: Garden Warfare was an FPS with plants and zombies. I think that Battlefield Hardline is Battlefield with cops and criminals. By the way, Star Wars: Battlefront will be Battlefield with Star Wars.

To your point, even if the game ends up feeling just like more Battlefield 4, there seem to be enough new maps, modes, and other content to have made various new DLC packs. That’s just based on what we know so far. Battlefield fans want more Battlefield. This is more Battlefield. BF4 will have 5 DLC packs total and that’s enough for me. I want something different. Again, I think this is not only different enough but different period, while still being Battlefield.

The only reason I’ll buy Hardline anyway is for the campaign. I come for the single-player and usually don’t spend much time in multiplayer. It’s Visceral’s turn to tell a story and that alone has me way more excited about Hardline than I was about DICE’s game.

Regardless of how similar it ends up being to BF4, it’s all new content, and a lot of it by an entirely different studio. I simply can’t support the argument that it’s the same game.” 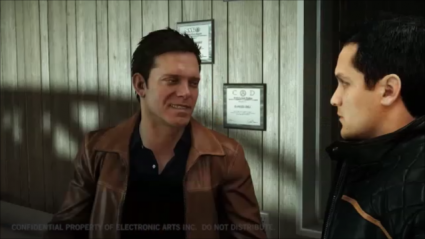 Could the campaign, complete with accomplished actors, help seal the deal?

Is Hardline a hard sell?

Evidently there are two strong sides to the argument. Though which side is the strongest? We’ll leave that for you to decide – let us know in the comments below.