A life in virtual football management…

When a man hits his thirties sex becomes a very precious commodity. The chance to have some regular opportunities to jog horizontally with the woman he loves (or, at least, puts up with) is something no sane man would, or should, turn down. There, however, is a problem.

Football Manager removes all sanity from the male psyche. Football Manager (from here on in referred to as FM) brainwashes its fans into becoming zombie-like gamers, far removed from button bashing 360 and PS3 gamers, but no less fanatical.

I remember my first experience with management games. It wasn’t FM, no. In fact, it was nowhere near as sophisticated and well run as the divorce stimulating FM is. I’m struggling, if I’m honest, to recall its name but it was on my old Spectrum. My friend, Lee, and I played for hours thinking we were controlling the little matchstick men that made up the match highlights.

Deep down we knew we had no control over the players but we loved the bits in between. We loved picking our teams consisting of (no doubt due to licensing laws at the time) I. Barnes, J. Rush, B. Hughes, M. McClair etc. We adored buying players for our teams. Whilst, admittedly, we had no control over what the players did, we recognised that we had control over what players we had. This was something new. This was something that we weren’t fated to meet again for quite some time. The seeds, however, were sown. 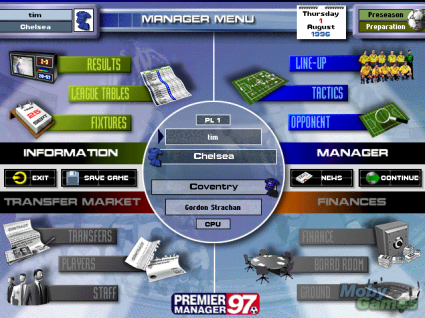 ‘Playing’ games then took over. FIFA with its angled pitch, Sensible Soccer, International Superstar Soccer… they all vied for the attention of the gamer who wanted to be Romario or Maldini. There wasn’t really anything on the market for the gamer (or football fan) who wanted to be Ferguson or Dalglish. Until, that is, in my experience, Premier Manager.

Lee and I would spend hours upon hours playing the game and managing our respective teams. The game was simple; buy and sell players, pick your team, manage the stadium (buy new seats, expand capacity, set ticket prices etc. This, upon reflection, was more of a Roman Abramovic style of ‘Chairman Manager’!) and decide if your training focus for the week was defending, passing or shooting.

This all lead to the match: a green bar at the top of the screen with a football representing where possession was. The bar would skit across from left to right, depending on how well your team was performing. The speed was as quick as you’d predetermined. Underneath the bar would be a running text commentary akin to today’s BBC live match day text on www.bbc.co.uk. This, coupled with the possession bar, gave you an idea of how you were doing.

I always remember playing it one day with Lee and my stepfather walking past us chuckling and muttering ‘I just don’t get it’ under his breath. He was right. He didn’t. He wasn’t as in to football as we were. He didn’t have that passion, that desire to improve the club we loved. This was our dream. Well, a watered down version. Neither of us were going to make it as footballers. Although, until we hit our twenties (“Ian Wright wasn’t discovered until his early twenties you know?”) we did harbour hopes of still making it despite our lack of ability. We knew this was as close to having an impact on our club as we’d ever get. 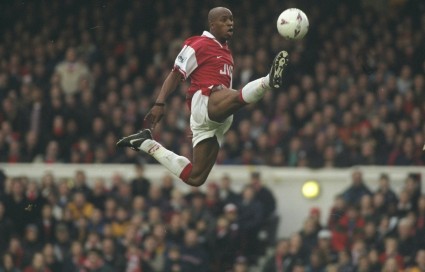 We often wondered how life could get any sweeter? This had nothing to do with gaming. I had a SNES by this point in my life. Another friend, Del, and I adored everything that Nintendo threw at us but that was a different sort of gaming. That was more entertainment, more casual. This, however, was a lifestyle.

Lee and I even ended up playing a play-by-mail management game that extended our dream of club management in the highest of echelons in football. Christ, after a while, we started up our own play-by-mail in school using the match engine of, this time, not Premier Manager but a new (and vastly superior) management game; Championship Manager.

Eidos’ Championship Manager moved the goalposts when it came to management games. It moved them to heaven! Tactics were more intricate and detailed, signings were much more realistic (no longer could Cardiff City sign Romario) and players mirrored, with more reality, their ‘irl’ counterparts (although McAteer did, one season, score 50+ goals playing in behind the Liverpool attack during one season of Lee’s management of Liverpool). If we thought that Premier Manager had us, Championship Manager tightened the grip and wasn’t going to be letting go anytime soon.

The fantasy world that it created was one, let’s be honest, that we should have been ashamed of. However, I remember one day, like an AA meeting, Lee and I opening up to each other about what we did when we played it alone. I’d run through imaginary post-match interviews after every single game, he had an inflatable FA Cup replica which he’d hold aloft every time his team won a trophy, I used to have quite serious and emotional team talks, he’d bribe agents whilst trying to sign players. All of these things we did were obviously not part of the game but extensions, physical DLC if you will, that we created in our heads… and we loved it. 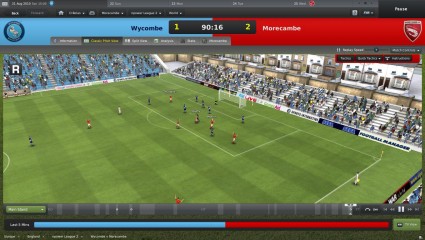 It's a bit more sophisticated these days...

He’ll hate me for admitting this but I remember playing Championship Manager with him and my Man. Utd were playing his Liverpool at Anfield. United won thanks to a late, late winner by Freddy Adu I think. Lee, in genuine hatred for the result, launched his keys at the screen, nearly breaking it, before walking outside to cool down. Championship Manager did this to us. It did it to everyone. That idea of it doing it to everyone is important too. It wasn’t just the serious gamer that Championship Manager zombified. This was men up and down the country who owned neither Xbox nor PlayStation. These men had PCs in order to write the odd letter and scan for porn. We had something else to do now. We could live out our sporting dreams.

That is the attraction of the concept; it takes in all gamers.

It attracts the fanatics like Lee and I, who would play it for twenty-plus hours non-stop, but it’d also attract the gamer who fancied an hour or two on the weekend whilst watching TV with the girlfriend. While the game did have an impact on relationships (35 divorce cases in the UK in 2008 were as a direct result of FM), it allowed men the opportunity to be a more subtle gamer. No longer did TVs have to be taken over for a gaming experience. Instead, we could scuttle off to the study and ask not to be interrupted for a while (“No, love, not for that!”).

These clubs belonged to us now. Gaming had never created such a reality.

That reality hit a bobble on the pitch in late 2003. Sports Interactive and Eidos fell out and the future of Championship Manager looked doomed to join Gazza, Best and Ginola in the big footballing heaven in the sky. Each of them all looking back on careers that offered much, promised more, and yet ultimately succumbed to its own success and fell short of fulfilling its vast potential. Thankfully, however, SI kept the database and the code whereas Eidos kept the hugely respected name and ‘look and feel’ of the game.

SI announced that they’d acquired the rights to the ‘Football Manager’ name (a legacy of the 1980s) and stole a march on Eidos by releasing their new management game ahead of schedule while Eidos lagged behind by releasing Championship Manager 5 later than promised.

Fans were unsure as to which direction to take. Much talk was of loyalty to SI or Eidos. Quite frankly, I didn’t care one jot. I had no sense of loyalty. I’m a modern-day football man. I go wherever success and enjoyment take me. That took me and legions of others to the Football Manager series.

This took the old Championship Manager games and sexed them up somewhat. They made them good-looking irresistible. Think Halle Berry in Swordfish!

Training had improved, signings much more protracted and realistic, targets and aims for smaller clubs much more realistic. This was it. It couldn’t get any better. However, in fairness to the legacy of the Collyer brothers (the creators of the original Championship Manager series), the game gets better and better year in, year out.

I’m thirty year old now. Seeing that in writing hurts. However, I still play FM. I fecking love it. Every single season I want the latest edition to see what new features it has but, more importantly, so I can take Man. Utd. with their latest signings and sign the players that I wish Fergie had in the summer. I can sell Carrick and Fletcher. I can bring in Sneijder. Christ, it’s my club. I can do what I bloody well want. I’ll give a post-match interview if I want.

That, there, is the beauty of Football Manager.