Story Modes aren’t for fans of the sport

One of the biggest announcements to make a splash at this year’s E3 was that FIFA 17 was going to contain a ‘Story Mode’. In it you’ll play as Alex Hunter who’s an aspiring Premier League footballer who plays for Manchester United (or possibly a Premier League team of your choice). If you’ve ever seen any of the awful Goal movies, you probably know how this goes. I honestly don’t like this idea and think it looks pretty awful.

How can this be? People that don’t even like real football are now interested in fake football. Even those so disinterested in the sport are digging this then surely I, a self-confessed football fanatic, should be going nuts for this?On the surface, this mode really makes sense. Rivalries, underdog victories, prolonged transfer ‘sagas – real sport is full of drama and it’s half of the appeal of professional football.

As a result I find that during my virtual seasons I’m actually inventing stories naturally. If a player won’t sign their digital contract I end up subconsciously creating a drama out of it. I’ll remember their name and create my own rivalry and look forward to destroying their team next season. If a player gets injured, then I imagine a tale of redemption as they battle their way back to fitness to lift the cup on the last day of the season. A seasoned veteran who loses his position to some young upstart. An average player having a breakout season as they become top goalscorer. Every season I play there are three Alex Hunters sitting on the bench. These are things I don’t need contrived cut-scenes and ‘decision wheels’ for. 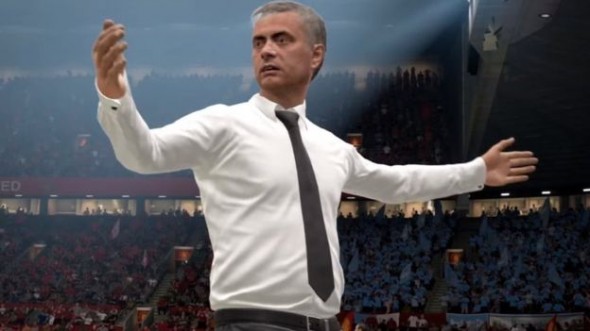 Can I go full Paragon on Mourinho’s face?

Whilst I’ve got no interest in this mode, it’s great to see people excited by it, but these are people that probably never play these games and don’t care about sport.

So it only makes sense that people who don’t follow sports need a story mode.

The problem is that the drama and the ‘stories’ within real-word sport are only accessible if you stick with it long enough. I’m talking about years and multiple seasons of reading cliché-ridden news reports and watching countless bore-draws.

I recently experienced this, as within the last four years I started paying attention to the NFL. 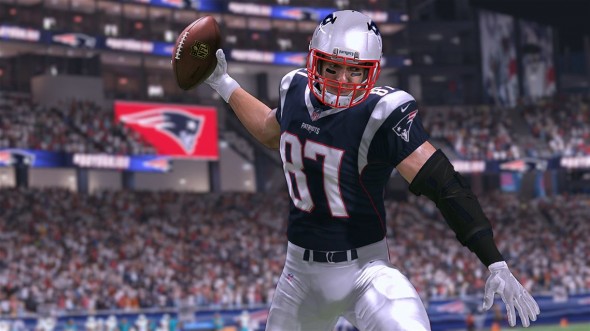 Commentators would bang on about this guy and that guy… I didn’t know anyone’s name. They’d make references to this game and that Super Bowl… I didn’t watch any of those matches. It felt like I’d jumped straight into series six of Game of Thrones and had no idea what was going on.

Who’s Aaron Rodgers? Why should I care about Steve Smith Sr. playing against the Carolina Panthers? Is throwing eight touchdowns in a game good? Don’t they normally throw at least twenty? The Jaguars beat the Patriots – aren’t the Jaguars the better team?

Try it yourself – go and watch TV coverage of a sport that you’ve never watched before. It’s totally alien and it assumes so much knowledge on the viewer’s part. 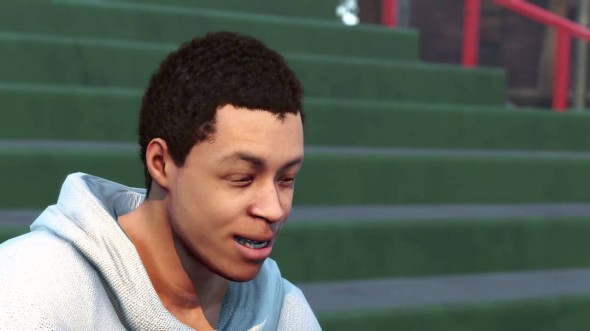 SPOILER: This guy’s a ghost. NOT A SPOILER: The story was awful.

Much of this is true of the FIFA games and other sport video-games too. If you watch Giant Bomb’s video of them commenting on EA’s E3 press conference, there’s a perfect example there. FIFA 17 is being talked about, they’re showing off the digital recreation of Premier League managers and on walks Jose Mourinho.

It falls completely flat because no-one at Giant Bomb gives a shit about ‘soccer’. They just think Mourinho’s some James Bond villain (Come to think of it, so do I).

This mode’s for them because at least now people will have more of a concrete arc to follow, one that will likely be tame compared to real sports tales and contain 100% fewer pre-season trips to Thailand. As long as it doesn’t turn into the shit show that was NBA 2k16‘s story mode, it’ll be a step in the right direction.

My prediction is that most fans of real football won’t need or be satisfied by this story mode. There’s enough drama on the pitch without cut-scenes getting in the way.