Sony’s PS2 “Emulation” and why it makes me a hypocrite…

I am a massive hypocrite.

There I said it.

Prior to last weekend’s lively PSX event, a handful of folks at Sony had made off-the-cuff remarks about how they were working hard to bring PS2 emulation to PS4, presumably in direct response to Microsoft’s recently launched and brilliantly executed 360 Backwards Compatibility for Xbox One. PlayStation fans were excited, with discussions ensuing across the internet as to which games would and should make the list.

That was, of course, until the news broke the night before PSX that what Sony actually meant by ’emulation’ was not really emulation at all, at least not in the way that everyone had hoped, mainly due to choice wording.

Rather than allowing you to dig out your old PS2 discs and slap a compatible title into your PS4’s Blu-Ray drive, or letting you download a PS2 classic that you originally bought via PSN, you have to instead buy the game again as a separate purchase for your PS4. With nostalgia and not curiosity likely the main reason for someone to be excited for such support, it’s possible that, for some, this could mean putting down cash on a game they’ve already potentially paid for twice before.

This felt really hard to stomach after Microsoft’s ‘if you already own it, you can play it’ approach, even though these re-released PS2 games admittedly boast upscaled resolutions, share functionality, and trophy support.

Shortly after the news broke, on twitter I labelled the move a poorly thought out, rushed and greedy answer to what Microsoft were offering. This felt like such a strange statement to say out loud given how many times the PS4 has trumped the Xbox One in regards to consumer friendly policies and features, yet this was far from one of those situations.

I was entirely happy to vote with my wallet in this instance. Then something happened…

During the PSX keynote, Sony announced that the PS4 port of the original Final Fantasy VII was available to buy immediately on their store.

I couldn’t spend my $16 quick enough.

This is a game that I owned three times already; I still have my original PSX copy, I have the PSOne Classic from PSN permanently on my Vita, and I already own the current Steam release from which this new PS4 version has been ported.

And now I own it a fourth time. I did exactly what Sony were hoping folks would do with the PS2 re-releases, and I don’t regret it, either. 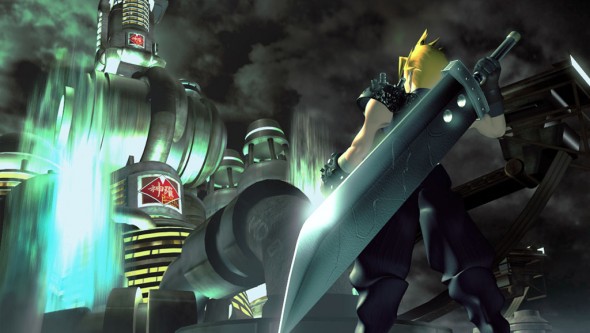 Four times I have bought this game now. Four!

With that, the true depth of my hypocrisy really started to unravel inside my brain. It didn’t even start this week! I’ve purchased so many remasters over the past year and beyond: Halo: The Master Chief Collection, Rare Replay, Gears of War, Uncharted: The Nathan Drake Collection; these are all games I’ve paid money for previously, still own on their original formats, but had no hesitation in fronting up cash again.

I’ve also spent plenty over the years on Nintendo’s Virtual Console, and hell, I even once wrote about why the presence of remasters, HD remakes and re-releases on the market should be considered a positive. For crying out loud, Andy.

It’s with this perspective that I realise these PS2 games are not really any different to the remasters listed above; they’re slightly improved versions of classic games being released on new hardware. It’s exactly the same thing, and I guess my original view boiled down to how they were positioned before the announcement. That’s why I deemed one set of re-releases to be perfectly fine and another set not.

Don’t get me wrong, this isn’t a full retraction. I still very much maintain that Sony’s strategy here was for the buyers rather than the players; a half-assed, quick-fire response to play into the same buzz that has had Xbox fans passionate about their games collections again. I also still think that the time spent upscaling and adding trophies to these old games would have been far better served working on true emulation for collectors of classic PlayStation games or, at very least, spent integrating some of the existing PSN content into the PS4’s library; PS1 classics and the such. Maybe they will do all that too, who knows?

Still, given the speed at which I gladly paid a fourth bloody time for a game I adore simply because the option was there, I can’t be too mad if that option exists, nor if others make the choice to use it too.