Do graphics make the game?

Fallout 4 is one of the most anticipated games of 2015. With millions of people watching every video, reading every article, it’s hard for it to not come under some kind of scrutiny. As a reviewer its my job to both criticise and praise works on a variety of platforms, but for me I prefer to do that over a finished product.

I have seen games that look the bees knees, yet when I have played them they have been bland. AAA games like The Order looked nice from the outside with some of the best character designs I’ve ever seen, but when you get to the nitty-gritty it’s not all it’s cracked up to be.

With Fallout 4 under the microscope in particular, people have gone as far to say that the graphics are kinda last-gen. Current builds (not even the finished article) have been pulled apart and dissected by critics and the general public. It started to make me think about other games and I began to wonder: do graphics make the game?

During every game’s development, the creators are always having to make sacrifices. Whether that’s frame-rate being lower than expected, audio quality stripped down, levels removed or not used, gameplay elements taken out, or not making the most amazing-looking game on the planet.

Graphics, gameplay and audio are perhaps the three main areas in which developers are constantly trying to find a balance. Let’s face it, you will never please everyone. Games like Call of Duty are often praised for looking good and having great audio, but after four hours you know that they compromised with a brief single-player campaign. They rely on the multiplayer to keep fans interested, but that also has constraints to maintain the overall quality of the package.

Whenever I play long RPGs or open-world games, I don’t expect them to have the most groundbreaking graphics. I know there will be a sacrifice and that is almost always the graphics being toned down. The most beloved games will always have cracks and flaws, often with users making a big deal out of barely noticeable issues. The Witcher 3 is a prime example of this. From the footage shown for the PS4 it was set to be one of the best-looking titles on the console to date, but the second it was released users slated CD Projekt RED for having compromised on frame-rate. 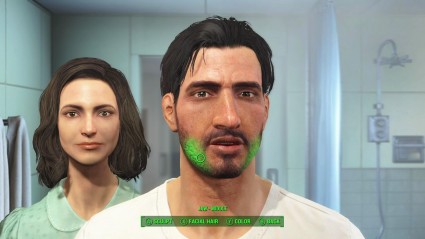 Do I really look that bad?

CD Project RED had to make a decision during development; they realised that what they had promised was unrealistic and they knew that it would upset some fans. The real question was did it break the game? I don’t think it did. It had some teething problems and there has been some regular updates and improvements, but The Witcher 3 itself is amazing. So amazing you can quite easily lose yourself for 100-200 hours, exploring a vast world full of adventure. That’s exactly what we asked for. Had we not been given the footage of an early in-game build it probably wouldn’t have been an issue.

Fallout 4 is the most recent game to fall prey to the attentions of the internet. Since the E3 gameplay videos, Bethesda have been praised for creating a sequel to a much-loved classic, but the flip-side of the coin has already presented itself with some fans stating that the graphics are sub-par and not in line with other games. They’ve already started complaining about the gameplay, with its familiar design to Fallout 3. I honestly think some people don’t know what the definition of a sequel is! 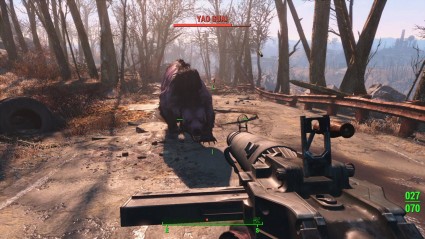 When Bethesda made Fallout 3 there was an already established fan-base for the original games. They had to tackle the thought that people wouldn’t be happy about the shift from top-down RPG system to first-person RPG. For the series this was a new concept but not dissimilar to the likes of The Elder Scrolls series. It was a format that worked and Fallout 3 attracted a lot of attention both good and bad.

The point I am trying to make is that no matter what avenues a developer will take, there will always be someone that is upset, and usually for the silliest of reasons. If they set Fallout 4 in space then it wouldn’t be the post-apocalyptic adventure that we were expecting. If they changed Fallout 4‘s gameplay style then it wouldn’t be the Fallout we want as they have already seen that we’ve taken to its first-person shooting. The safest option is to update and improve the already working system, adding more functionality. The problem is, they have to compromise somewhere.

Compromise – the expedient acceptance of standards that are lower than is desirable.

Bethesda could quite easily make Fallout 4 the best-looking game on the planet, but with that would come compromises in other areas. Gameplay would be one of the first places that would suffer. The game-world would no doubt be reduced, the RPG elements would have to be taken out and in the end we would end up with Call of Fallout – Desolate Wasteland, the next in a long line of shooters. Would it still be a Fallout game? 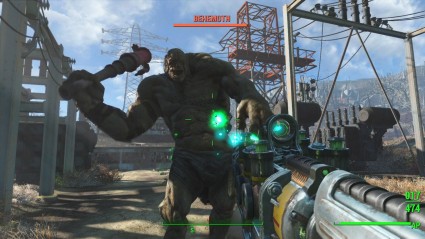 I have played thousands of games in my time and some of the best of them have had below-standard graphics. It’s kinda an unwritten rule in the industry that the bigger the game, the worse it will look. Sometimes you get the right balance and games like GTA V or Skyrim manage to give us a great-looking game and that massive open world. There is always a compromise though and somewhere in the development process something was taken away to allow for nicer visuals.

I completely understand that some people want everything with high-resolution assets and skins, but in realistic terms developers still have constraints they have to work with; something’s gotta give. Do I think this will stop Fallout 4 from being a hit? I don’t think it will. I don’t even think it will alter any review scores – after all, it’s the overall combination of visual, audio and functionality that matters.

I think people expect too much from AAA titles, and that there will always be false expectations. Will this stop them from getting the games? I would place money on it that it will not make a difference. All the crybabies in the world will still go out and buy it. Fans who will criticise the graphics of Fallout will soon be telling us all how amazing it is and that it’s the best game ever made (since the last best game ever made).

For me, it’s never about how good a game looks. I don’t judge by this criteria and I certainly never complain about one not looking perfect. I look at the full package as that’s what it’s all about. Has every game we’ve ever heralded as amazing been perfect? I think not. I’m sure if you look hard enough you will find cracks somewhere. It still won’t stop it from being a good game, though.

Do the graphics make the game for you? What are your thoughts?